Home Non-Negotiable: A Definitive Guide & all you need
BBusiness strategies

Non-Negotiable: A Definitive Guide & all you need

One of the events that happen in life is purchasing an item at a firmly established price or being part of a contract or deal that cannot be adjusted and is considered very important. Events like this call for a proper understanding of what “non-negotiable” means, its checks, examples, and the difference between non-negotiable and negotiating instruments. Find out all of these and more about non-negotiable vs. negotiable as you read through this article.

But first, Let’s start with the basics.

Furthermore, the phrase can refer to a good or security whose ownership is difficult to transfer from one person to another. A non-negotiable item is one in which one of the parties involved in a transaction is unwilling to make any adjustments to a previously agreed-upon condition. This could refer to the pricing of a specific good or service, a contract element, or a financial asset that cannot be swapped or transferred to a new owner, even with the use of secondary markets.

An item may be considered to be non-negotiable if one party to a discussion is reluctant to change a specified condition. A provision in a contract, the price of a certain good or service, or a financial instrument that cannot be swapped or transferred to a new owner even with the help of secondary markets are a few examples of this.

The complete opposite of a negotiated agreement is non-negotiable. A contract or asking price that is “negotiable” means that it is not fixed and can be changed depending on the circumstances. Similar to this, trading or moving such instruments is straightforward.

A check is an example of a negotiable instrument because it may be sent to a financial institution and converted into actual cash. Funds in the form of actual money, such as dollar notes, are also regarded as negotiable instruments since they are so simple to exchange. If the relevant legal documentation is provided, the majority of securities are also negotiable.

A contract may contain some non-negotiable clauses. For instance, a job offer may provide pay negotiation but impose restrictions on other aspects of the employment, such as the number of vacation days an employee may accrue annually.

Additionally, because it is typically a set amount that the renter must pay the property owner, the amount sought as payment in leases for rental properties may be seen as being non-negotiable.

How Does Non-negotiable Work?

Non-negotiable is the inverse of negotiable. When an asking price or contract is described as negotiable, it means that it is not fixed and can be adjusted based on the circumstances. Similarly, instruments of this type can be easily switched or transported.

A check, for example, is a negotiable instrument since it can be delivered to a financial institution in exchange for actual currency. Physical monetary funds, such as dollar bills, are also regarded as negotiable instruments because they may be easily exchanged between parties.

Most securities are also negotiable, as long as all necessary legal documentation is included. Certain securities, contracts, and assets are not transferable from one party to the next. A certificate of deposit (CD), for example, can only be redeemed by the account holder. A person is not permitted to sell his or her CD to another individual.

When a phrase or condition is non-negotiable, it means it cannot be changed. For example, a homeowner may agree to sell his house in exchange for a minimum of $200,000. If the price is non-negotiable, he will not accept a buyer’s offer of $190,000.

READ ALSO: What is a Reverse Auction: A Comprehensive Guide for Complete Mastery

What is a Non Negotiable Check?

A non-negotiable check is a paper check or deposit slip that has the appearance of a check but cannot be exchanged for cash.

It is an instrument directing a drawee organization to pay the holder a set sum of money. It is frequently printed across the front with the words “non-negotiable,” “this is not a check,” or “void” to indicate that it has no monetary value.

When setting up direct deposit in the office, non-negotiable checks are frequently employed. Employers typically request a check or deposit slip for the account into which the payment is put.

However, in order to limit the danger of check fraud and avoid the theft of these blank checks, checks are made non-negotiable before being passed over to the employer.

When an asking price is defined as non-negotiable, it signifies that it cannot be negotiated. When one party establishes a non-negotiable price, the opportunity to bargain is effectively removed by the first party’s refusal to engage in such a debate.

A homeowner, for example, may be unwilling to sell their home unless a bidder offers at least $250,000. A bid of $245,000 will be rejected if the individual believes the asking price is non-negotiable.

In the case of securities, if an asset is designated as registered security, its price cannot be modified. This is especially true for savings bonds, which have a fixed face value, or par, and cannot be negotiated to any other value. Such products are known as illiquid.

Another example of a non-negotiable is a job offer that may allow for wage negotiation but is strict regarding other aspects, such as the number of days an employee can take for yearly leave.

Furthermore, in the case of leases on rental properties, the amount due as payment may be regarded as non-negotiable. This is because it is frequently a predetermined fee that the renter must supply to the property owner.

A government savings bond is an example of a non-negotiable instrument, often known as a non-marketable instrument. They can only be redeemed by the bond’s owner and cannot be sold to third parties.

These goods, also known as registered securities or non-transferable securities, are referred to as illiquid because they cannot be sold.

A negotiable instrument is a signed document that offers a specific person or the assignee a sum of money.

A transferable signed document that promises to pay a quantity of money to the bearer at a later period or on-demand. The person receiving the money, known as the payee, must be identified or otherwise indicated on the instrument.

Negotiable instruments are transferrable in nature, allowing the holder to take the money as cash or utilize them as appropriate for the transaction or according to their preferences.

The fund amount indicated on the paper includes a remark as to the particular amount promised and must be paid in full either immediately or at a defined time. A negotiable instrument is one that can be passed from one person to another. The holder receives full legal title to the instrument once it is transferred.

The following is the distinction between negotiable vs non-negotiable instruments:

What Does Non Negotiable Mean on A Title?

By stamping or adding a notation indicating the document is negotiable, a title document that is not now negotiable cannot be changed.

What is Non-negotiable Offer?

It is not negotiable, and it might be nearly impossible to persuade the other side to agree to this exact arrangement. Of course, one must also be aware that there can be a reason why it is impossible to reach this agreement.

Why is Non-negotiable Important?

Is Cheating a Non-Negotiable?

It is not acceptable to cheat. There was no error. One has an option. And until you’ve been the victim of being cheated on, it’s impossible to comprehend the agony of it.

What is Negotiable and Non-negotiable?

How Do You Negotiate a Non Negotiable Offer?

What is Called Negotiable?

A check, bill of exchange, or promissory note that is payable to order or to the bearer is referred to as a “negotiable instrument.”

Why Do Checks Say Non Negotiable?

In the United States, the term “non-negotiable” refers to a check that has already been deposited, such as a copy check or dummy check for which the actual amount has already been placed directly into a bank account.

Will I Lose My Offer if I Negotiate?

By haggling about your pay during the initial interviews, you could very well lose out on a job offer. The most you can do is inquire about the job’s salary range at the conclusion of the interview. It would be appropriate if that amount wasn’t previously stated in the job posting.

Should I Accept An Offer Without Negotiation?

I hope this article carefully explains what “non-negotiable” is and if it’s an option for your business. If you have any questions or suggestions, kindly let me know in the comments section.

MOST EXPENSIVE WHISKEY IN THE WORLD: Top Options in 2023

Credit Karma Review: Risks, Accuracy And All You Need To Know 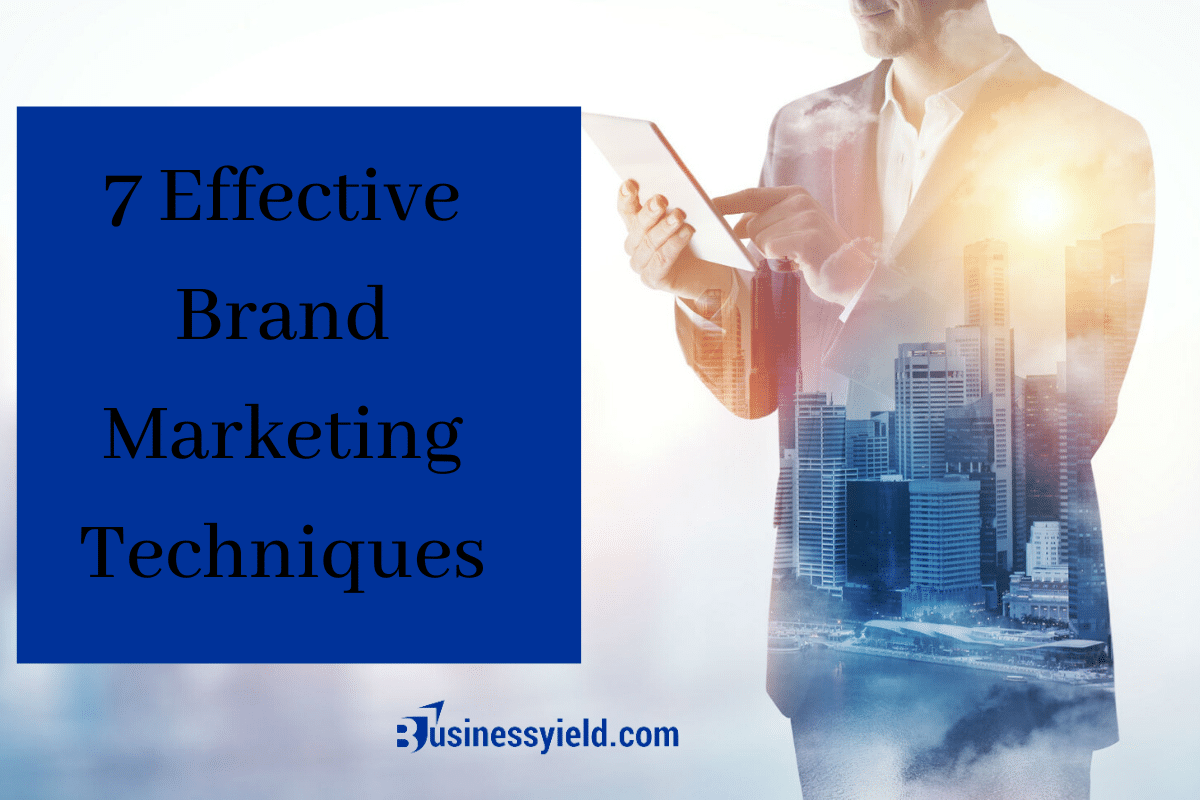 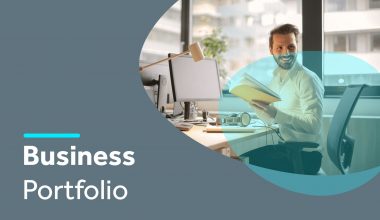 Read More
BBusiness strategies
Table of Contents Hide Business PortfolioProduct Portfolio What Is Included in a Portfolio Analysis?How Do you Make a… 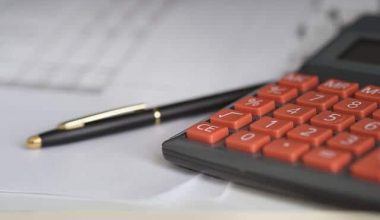 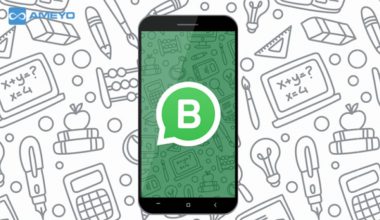 Read More
BBusiness strategies
Table of Contents Hide OverviewWhat Exactly is WhatsApp?WhatsApp Marketing How to Set Up a WhatsApp Business AccountWhy Should…