Reinsurance simply means insurance for insurance firms. Generally, when an insurance company provides a policy, it takes on the obligation of covering the costs of any accidents or unforeseen circumstances that may occur. Likewise, an insurer needs to have in place sufficient capital to settle any potential claims arising in the future relating to the plans it offers according to the law. However, there may be a reduction in the total amount of capital an insurer must retain if it finds a way to minimize its obligation or risk, for all these claims by transferring portions of such burden or liability to another insurer.

It is purchased by primary insurers directly from reinsurers, brokers, or a reinsurance middleman. Transferring risk does not only protects insurers from possibly going bankrupt but also enables them to expand their customer base of high-risk customers. At the same time, insurers will have far more flexibility in their plans as well as coverage as a result of this situation (shared risk). Typically, the primary company is said to “cede” business to a reinsurer. In this case,  the primary insurer is the firm that officially issues the policy. Nevertheless, reinsurers must be stable financially in order to be able to meet their responsibilities to ceding insurers. This is according to US regulations.

On the contrary, according to the Reinsurance Association of America, insurance for insurance firms dates back to the 14th century. This is at a time when it was utilized for maritime as well as wildfire insurance. Generally, an insurance company purchases reinsurance directly from a reinsurer or via a broker or middleman by a ceding. Nevertheless, there are companies in the United States that deal in providing reinsurance, as well as its divisions within primary insurance companies.

How does It work?

If a single insurance firm is to bear the risk or liability alone, the expense might cripple or financially collapse such a provider. In this case, an individual insurance firm can nevertheless take on customers with a coverage that will probably be too much for an insurer to manage alone by spreading or transferring risk. However,  whenever reinsurance is in play, all of the insurance firms participating usually split the policyholder’s premium among themselves

Typically, the Reinsurance Association of America is an insurance sector trade organization. So, the organization represents members in state, federal, and worldwide arenas. Primary insurers reduce the danger of financial disaster by purchasing their own reinsurance coverage.

However, States regulate the reinsurance business to ensure that their residents get coverage in the event of unforeseen losses. Consider a gigantic tornado that wreaks havoc on regions of Oklahoma and causes billions of dollars in damage as an example.

In this case, the insurance company may well be driven or encouraged to acquire reinsurance due to arbitrage. However, arbitrage is when an insurer purchases a policy that is far less expensive than that of the one they charge the policyholder for the underlying risk.

Generally, it is a capital management method that insurance firms employ to manage risk and at the same time maximize capital.

This has to do with the ability of the insurance business to meet unforeseen expenses. Reinsurance may probably act as a safety net. This is by providing insurance companies with additional money as well as security in the event of a catastrophic occurrence.

The reinsurer is able to determine a suitable premium for a particular risk. Therefore, the reinsurance company can provide specific knowledge to the insurance business. In addition, the reinsurer can offer risk management advice.

Basically, there are two types of reinsurance:

Treaty reinsurance, often known as mandatory reinsurance, is a contract existing between the main insurer and the reinsurer. Generally, primary insurers relinquish certain risks to reinsurers under treaty reinsurance. Nevertheless, this type frequently encompasses a complete policy package, such as automobile coverage.

What is a Reinsurance Company?

Reinsurers aren’t just available in the United States. Generally, since insurance is one global industry, most of the world’s largest reinsurers collaborate with various primary insurers all over the globe.

Below here, We identify some of the biggest reinsurance companies:

It is safe to argue that an insurance company minimizes the cost of their policy premiums through the sharing of risk exposure with many of these reinsurers. Overall, reinsurance is a dependable risk management tool that helps to calm worldwide insurance markets, while also keeping prices low.

What is Reinsurance in Life Insurance?

Put another way, life reinsurance is an insurance technique in which a single Life insurance firm buys its own insurance policy to protect itself against a large loss. However, anytime a major percentage of their business is at risk owing to a similar loss event, this option is frequently put to practice. This additional risk is accepted by the second insurance company or reinsurer. And it will however undertake to reimburse them for the portion of any claim that was previously reinsured.

Nevertheless, a life insurance company will typically purchase reinsurance purposefully for reasons like:

Reinsurance allows insurance firms to maintain premiums affordable for their customers. And also allows them to stay in business when losses are prevalent in their region.

What is a Reinsurance Example

Generally, when talking about reinsurance, there will be examples that can be referenced. The example may however fall under one or another of the different types and agreements of reinsurance. Lets a look at two examples:

Let’s say a conventional insurance company writes an insurance policy on one substantial piece of real estate business. This may be in the form of a big enterprises office complex. This policy is probably worth $25 million, this, in the long run, means that the primary insurance company could be liable for $25 million. This however is in a situation whereby the structure is severely damaged. However, the underwriter in the first place must have anticipated that it will probably be unable to pay out more than $15 million. So, before having an agreement with the policyholder to issue the policy, the primary insurer must however hunt for a reinsurance(facultative). And thus explore the marketplace till the moment it finds one that fills or occupies the remaining $10 million. The insurer may receive $10 million in parts from ten different reinsurers.

Nevertheless, It will be a big mistake to consent to issue the policy without all this. However, once it has this kinda agreement in place from the companies to cover the $10 million and at the same time sure that it can possibly cover the entire sum if there is a claim, then it can issue the policy.

A reinsurer may have an agreement to protect 70 percent of the primary insurance company vehicle insurance package down to a maximum of $100 million. Typically, this implies that the ceding organization does not have coverage for the very first $100 million in vehicle insurance that was purchased. This is under this agreement, which meanwhile amounts to $30 million. Thus, the ceding insurer’s retention limit will be $30 million. However, unless the contract arrangement comes out of the surplus, the ceding insurer withholds $30million out of the initial $100 million along with the whole of the following $100 million. Nevertheless, this is if it issues a $200 million automotive coverage policy.

Generally, reinsurance helps insurance companies in a great way. This is by providing means or methods of reducing a company’s risk or vulnerability to a disastrous event. If a single insurer took on the risk in itself, the expense could probably bankrupt or financially cripple such a company. Reinsurance businesses provide coverage to other insurers to protect them from certain situations. Situations in which the conventional insurer has not adequate funds to cover all of the claims under its stated policies.

What is the difference between reinsurance and insurance?

Insurance and reinsurance are similar in many ways. Insurance is purchased to provide protection from covered losses; reinsurance guards the insurance company against too many losses. They both contractually transfer the cost of the loss to the company issuing the policy.

How does a reinsurer make money?

Reinsurance companies make money by reinsuring policies that they think are less speculative than expected.

Is reinsurance a profitable business?

Reinsurers, for the most part, maintained profits in 2016, but predominantly through lack of large U.S. catastrophe losses, capital management tactics, and by being able to take advantage of favorable development on older business rather than through rate growth or new sources of reinsurance premium.

What is the largest reinsurance company?

It was found that the German reinsurer Munich Re was the largest reinsurer worldwide in 2020. The net premiums written by Munich Re amounted to approximately 43.1 billion U.S. dollars.

Addison Rae Net Worth 2022: The Story Behind Great Content Marketing

PROPERTY SURVEY: How To Get A Property Survey & How Much It Costs 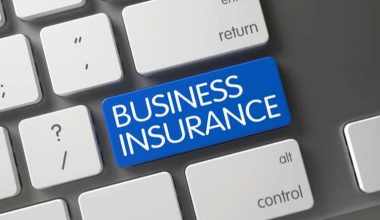 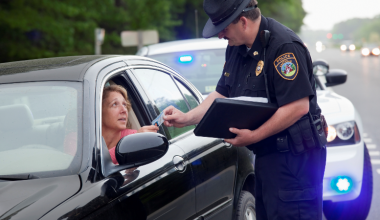