What Is Loss Adjustment Expense (LAE)?

A Loss adjustment expense (LAE) is an expense associated with investigating and resolving an insurance claim. From a medical point of view, LAE is an abbreviation for left atrial enlargement. According to Investopedia, this refers to an enlarged left atrium associated with heart failure and atrial fibrillation.

What are Adjusted Expenses?

Who is a Loss Adjuster?

What are a Loss Adjuster’s Responsibilities?

Loss adjusters are dispatched to big insurance claims locations, such as a fire or flood in a home or company. Their mission is to examine insurance claims on behalf of the insurer, visiting the property as soon as a claim is logged to gather the essential information.

When insurers get a claim, they don’t open your check stubs right away. They do their due diligence to ensure that the amounts claimed by the insured are correct. They’re sending investigators to make sure what is being claimed actually happened. Failure to conduct an investigation could result in fraudulent claims losses.

The LAE will vary depending on how hard a claim is to look into. Even in cases where the LAE is quite high, insurance companies still consider the cost worthwhile. But knowing that claims are being looked into keeps people from making false claims to get money quickly. Knowing that companies investigate claims prevents many people from making false claims. To that end, it is worth paying the LAE for companies that fraudulent claims might otherwise defraud.

A person or organization filing a claim appoints a Loss Assessor. The person filing the claim will pay them fees and hire them to handle large claims. Loss assessors are frequently contacted by the individual filing the claim; nevertheless, many of them will show up at the location of a loss and sell their services.

Is It Worth Using Loss Assessor?

What Steps are Involved in Loss Adjustment Process?

Notice of loss, investigation, verification of loss, and payment or denial of claim are the four key activities in processing a claim, which may differ based on the type of insurance. Naturally, the first step in filing a claim is to notify the insurance company that a loss has happened.

The associated loss adjustment costs are directly related to the processing of a particular claim. Insurers who use third parties to investigate the veracity of claims, to act as a claims adjuster or legal advisor to the insurer, may include these costs in their assigned claims adjustment costs.

The costs associated with ULAE are more general and can include overheads, research, and salaries. Insurers using in-house staff to make field adjustments would report this expense as an unallocated loss adjustment expense.

When an insurance company pays an investigator to look into a claim, this creates associated loss adjustment costs. For example, a driver with auto insurance may be asked to take a damaged car to an authorized third-party repair shop so a mechanic can look at the damage.

When a third party does work on a vehicle, the costs of hiring that person are an assigned loss adjustment expense. Other costs that are split include the cost of getting a police report or figuring out if a driver who was hurt is hurt.

Insurance companies can also incur unallocated damage adjustment costs. Unallocated costs may include head office salaries, maintenance costs for the fleet of vehicles used by internal investigators, and other costs incurred in the normal operations.

Small, straightforward claims are the easiest for an insurance company to resolve. This is because they often require less ALAE than claims that can take years to resolve. Claims that could result in significant losses are more likely to receive additional scrutiny from insurers. It may also include in-depth investigations, settlement offers, and litigation. Greater control comes at a higher cost.

By estimating their reserves, analysts can determine how accurate an insurance company was based on the development of their loss reserves. When developing loss reserves, an insurer adjusts the estimates over a certain period of time to its provisions for claims and loss adjustment costs.

Net losses incurred and net LAE contributions The LAE and Loss Ratio (or referred to as “Loss Ratio”) is the net loss and loss adjustment expense (LAE) incurred by a group in relation to its net contributions, generally presented on a calendar year basis. As with many benchmarks, the loss ratio is calculated minus reinsurance.

Losses and other costs (LAE) make up the biggest part of a group’s or insurer’s costs. A typical range of loss ratios in the insurance industry in recent years has been between 75 and 90 per cent, although certain lines of coverage can vary widely from this range. Keeping an eye on loss rates over time is important for judging all parts of a group’s business, like pricing and financial stability.

Read Also: What Is Strategic Financial Management?- Functions and Importance

How Do You Calculate Loss Adjustment Expense Ratio?

Loss Ratio Formula: Premiums Earned for Period / Losses Incurred in Claims + Adjustment Expenses.  Assume that an insurer receives $10,000 in premiums and shells out $3,000 for claims and adjustment costs. By dividing $3,000 by $10,000, the insurer will determine its loss ratio as being 50%.

To fully understand the loss ratio results for your group over time, here are the following
Many factors to consider include, but are not limited to, the length of time it takes to pay losses, the frequency and severity of the lines of protection offered, the appropriateness of pricing, the number of loss control measures, and other nuances in a swimming pool operation.

Losses from long queues, such as employee compensation, usually take longer to develop and pay off over many years. This longer payment cycle means an insurer or group can expect capital gains to offset the cost of losses. In recent years, the compensation coverage was generally operated with a loss ratio of around 90 per cent.

In comparison, real estate hedges usually work with loss rates of around 55 to 60 per cent. This is because the pool needs to ensure adequate funding to handle the volatility associated with this hedge. However, the short-tail nature of the line doesn’t offer much.
Investment income to offset loss costs.

What is adjusting and other expenses?

All other claims adjusting expenses, whether internal or external to the Company, are included in Adjusting & All Other Expense (A&O). Fees, salary, and overhead expenses of claim adjusting workers, as well as other relevant expenses incurred in the determination of coverage, are included in A&O.

What is the difference between ALAE and ULAE?

How is loss adjustment expense calculated?

The loss ratio is calculated by dividing total losses sustained by the total insurance premiums collected.

How To Make Money Without a Job: Best 11+ Options

What Is Strategic Financial Management?- Functions and Importance 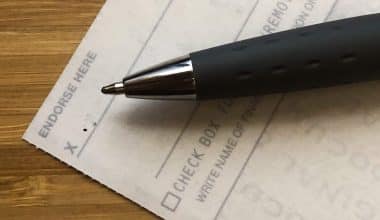 Read More
FFinance & Accounting
Table of Contents Hide What you’ll see on the Back of a Check#1. Endorsement Area#2. Security Screen #3.…