What is Donchian Channel

The Donchian channel was developed by Richard Donchian “Father of Trend” in the mid-twentieth century. They are three lines generated by a moving average calculation comprising an indicator formed by upper and lower bands around a mid-range. However, the area between them is the channel chosen for the period. This was to help him identify trends in market trading. Thus it is commonly available on most trading platforms.

Also, It calculates its prices by using a default 20 bars of data. allowing, traders to use shorter or longer Donchian Channels according to their trading strategy. Donchian Channel is also called “The 4-week rule”because of the default length of four trading weeks.

The calculation formula of Donchian Channel indicator suggests that the Donchian Channel revolves around establishing a relationship between the current price. Its trading also ranges over a chosen timeframe. The three values that are calculated build a visual map on the charts illustrating its prices over the predetermined periods.

Importantly, it makes it easy for the traders to identify bullish and bearish trends over that period of time. Therefore, traders can also use the Donchian Channel indicator to measure the volatility of the market and identify breakouts.

How To Calculate Donchian Channels

This indicator is usually calculated in a very simple but way. Although, as earlier mentioned, its functioning is based on three bands that are plotted on the chart. They both are the lowest low and the highest high while the middle band is sandwiched between the two outer bands. Here is the effective formular to calculate donchain channels.

Note: The (n) is the number of periods that you decide.

lower channel (LC) = The lowest low for the last n-periods

Upper channel (UC) = The highest high for the last n-periods

Moreover, most traders prefer the default 20-period setting. You can also choose any timeframe ranging from minutes to hours or weeks. However, remember that the best setting varies depending on the chosen timeframe and the trade market.

How to use Donchian Channel indicator

This indicator works purely on the prices and does not try to guess any support and resistance areas. Thus, it is the greatest strength of the Donchian Channel indicator. Its trend-following trait guarantees that the traders remains on the right track. Lets get to the prices.

Firstly, the donchian channel is definitely not a complex tool, but it may be deceiving. It’s important to know that it does not calculate anything, rather, it gives a better visual representation of the data. Donchian channel’s usage in trading is done by giving large timeframes, although in most cases, traders rely on the 50-day timeframes for understanding the trend better.

Technical analysts should enter a long position when the Donchian Channel indicator generates the upper band crossing signal, then sell when the lower band is crossed.

It will interest you to know that during an uptrend, the upper band is taken higher with the arrival of new highs. Similarly, new highs also have higher lows making the lower band move higher too. Equally important, this is one reason that long exits are fruitful for the traders during the longer trends.

Similarily, traders can also use it to measure the volatility of the market for their particular trading strategy. The volatility level in market is a key difference between the upper and lower band for the predetermined period.

Although, the trading market is always risky forums to do business but a lot of trading tools have been in use years. Yet they have not been able to curtail the level of risk. Every technical analysis tools comes with its advantages and disadvantages which must be taken into consideration before opting to employ any trading tool.

The Donchian trading strategy is more or less an intraday trend with a strategy that allows you to profit from it.

Besides, It’s important to understand the characteristics of an intraday trend and long-term trends. Therefore, in this regard, below is the best Donchian channel trading strategy with a proprietary trading pattern.

It is a short to medium-term donchian channel trading strategy that allows a trader enters a chosen trend as early as possible with the expectation that the security price will break through the upper or lower band. This simply means a breakout from its current trading range respectively through a bullish or bearish trend. Follow the link above for more information.

This strategy allows a trader to wait for a reversal trend to occur from the current trend before taking a long or short position. Moreover, this depends on the reversal trend.

Although Donchian channel looks similar to the Bollinger Bands, but they are different. The Donchian channel trading strategy offers you a unique way of spotting trends with an outstanding risk for ratios rewarding.

The donchian channels MT4 indicator is a useful indicator that illustrates the range of volatility of the market within a given period of time. It also plots the highest and the lowest prices. However, if the volatility is less therefore the channel is narrow.

Also, Donchian Channels MT4 allows you to detect several changes and dynamics in price that many traders can’t estimate without an indicator.

Thus, with the Donchian Channels, MT4 traders can draw conclusions and make estimates about how prices will change base on the information they”ve got. Then they can modify their strategy for better trading. While the Donchian Channels Indicator For MT5 is a multi-dimensional market analysis tool that serves as a trend gauge as well as a volatility barometer.

Donchian Channel MT5 is an implementation of a well-known channel also developed by Richard Donchyan. Its calculation is base on the highest high and lowest low of the recent X candles. Therefore, with this channel, you can also see the direction of the trend. The Donchian Channels Indicator For MT5 is another multi-dimensional market analysis tool that can both serve as a trend gauge as well as a volatility barometer.

The Donchian Channel volatility indicator for MT5 draws a channel, the upper channel represents the 20-day high price while the lower channel the 20 day low price. Therefore, a trader needs to understand the overall trend first then use the Donchian channels to trade a breakout in the direction of the overall trend towards the higher highs or lower lows.

Hence below are other differences between Donchian Channels vs Bollinger Bands :

Donchian Channels record the top highs and lowest of lows of prices over a specific timeframe. The Bollinger Bands in contrast show the difference between the two standard deviations from an SMA of the price information of a given period.

#2.    The Relationship Between the Bands

The upper and lower bands in the Bollinger Bands are gotten by using the middle line of the indicator.

The reverse is the case for For Donchian Channels. The middle band is calculated by taking stock of the average of the lower and upper lines:

As earlier discussed, the Donchian Channel indicator measures volatility to determine the overbought or oversold market conditions. It is also important to validate your trading strategy before taking any action. This is because you cannot be absolutely sure about the reaction of your trading market and timeframes. Therefore, take advantage of this indicator as it can work well with other indicators such as the Directional movement. The directional movement is a combination of the Donchian Channel indicator with any other indicator that increases the odds of maximizing gains.

E&O INSURANCE: How it Works 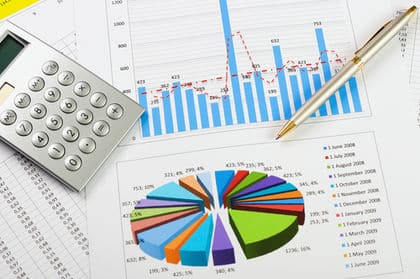 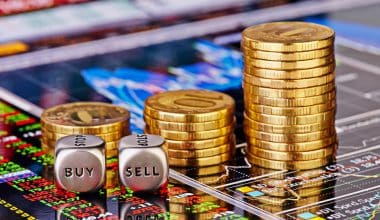