Since there are no definite free markets, and all markets are constrained in some way, economists who measure market freedom have discovered a generally positive relationship between free markets and measures of economic well-being. Free-market capitalism allows the relationships between product supply and consumer demand to dictate prices rather than government-enforced price controls. The lack of government control allows for a wide range of freedom in free-market capitalism, but these also come with distinct pros and cons. This article will guide you through what you need to know about free-market capitalism, including examples and its pros and cons.

What Is Free Market Capitalism?

Free market capitalism is an economic system that is governed by market forces such as supply and demand and is in contrast to the market governed by government controls. People in free-market capitalism can act without using force to create economic values and wealth. Likewise, companies and resources in a free market are owned by private individuals or entities who are free to enter into contracts with one another.

How Does Free-Market Capitalism Work?

Laissez-faire is a French word that means “let do,”  It is the concept of allowing people to do whatever they want. Workers compete for jobs in free-market capitalism, but employers compete for the best workers as well.

So coercion in a free market may occur only with preceding consensual understanding in a voluntary contract, such as payment of compensation enforced by torts. However, the government must clearly define intellectual and physical property rights. Aside from that, the government plays no role in free-market capitalism. Their job is to detect burglars, protect people from fraud, and help resolve disputes through a justice system. Government control in free-market capitalism is minimal. It allows for the freedom to act without coercion in pursuit of the values we require to live, thrive, flourish, and prosper. The absence of coercive impositions or economic restrictions is an important factor.

Characteristics of a Free Market capitalism

Free-market capitalism has the following characteristics below:

The presence of financial institutions is a critical factor in the success of free-market capitalism. Banks and investment firms exist to provide individuals and businesses with a means to exchange goods and services, as well as to provide investment services. The financial institutions then profit from the transactions by charging interest or fees.

Another feature of free-market capitalism is that anyone can participate in it. The decision to manufacture or consume a specific product is entirely voluntary. It means that businesses or individuals can make or buy as much or as little of a product as they want.

There are fewer entry barriers in a free market. However, regulations can prevent new businesses from entering the market, while minimum wage laws can put pressure on small businesses. In the United States, for example, occupational licensing not only reduce cross-state migration but also limits the number of people working in those occupations, reducing competition. These, among other things, limit not only new competition but also put pressure on existing ones.

Prices are what drives a free market and allow it to function properly. A product’s price sends a signal to the customer. The customer then responds by either choosing to buy or not.   If the company isn’t selling the product, it may drop the price and go through the same feedback loop.

When a product sells, customers send a signal to the company. If that signal exceeds the current supply, it signals to the company that it needs to start producing more of that good. However, if the company is unable to meet demand immediately, it may increase the prices – either to capture the additional profit or to help fund additional capacity.

Individuals should be free from coercion, according to the core concept of free markets. That is, regulations can be created if they are done collaboratively. In a free market, an economic transaction occurs between the buyer and seller, with no third party involved.

A truly free market has never existed in its entirety, and it does not exist today. Instead, the majority of countries around the world have a mixed economic system of free markets and socialism. While countries such as the United States follow a free-market model, it still relies heavily on government meddling. Minimum wage laws, occupational licensing, labor laws, rent controls, and relatively high levels of taxation are a few examples of free-market capitalism.

Although most countries have a mixed economic system, there are a few that closely resemble free-market capitalism, examples are  Singapore, New Zealand, and Switzerland. These countries are among the top five most economically free countries in the world, according to a 2022 Heritage Foundation Index of Economic Freedom.

The best production of products and services is achieved through the free market system if it is functioning properly. It ensures that people’s wages are commensurate with the value they bring to society through their labor, and it provides strong incentives for innovation.

What Country Has Free Market Capitalism?

Depending on who conducts the ranking, economic freedom is ranked differently, however Hong Kong, Singapore, New Zealand, Australia, Switzerland, the United Kingdom, Canada, and Ireland are typically regarded free-market economies.

According to the report, Singapore ranks first with 84.4 percent economic freedom due to its extremely low tax rates, minimal business regulations, and highly capitalist economic system. While Switzerland comes in second with 84.2 percent freedom, followed by Ireland with 82.0 percent. These countries have few or no trade barriers and few restrictions on investment and business creation. These also include strong private ownership rights protections.

However, New Zealand, which ranks fourth in terms of free trade, also has low tariffs and strong private property rights. The government gives businesses a lot of leeways and does not burden them with overly complex regulations or licensing procedures. Countries that compete in the top ten list for 2022 include; Luxembourg, Taiwan, Estonia, the Netherlands, Finland, and Denmark

The United States, which is thought to have one of the most innovative financial markets in the world, is only 72.1 percent economically free as of 2022, ranking 25th. This figure had steadily declined over the previous decades. While certain industries in the United States receive more government supervision than others. Private companies control most sectors rather than the government.

Free market capitalism comes with distinct pros and cons that affect the countries in the system. These include:

Free-market allows the coexistence of supply, demand, and prices. This means that when demand falls, producers are aware that they must adjust to either launch a new product or lower prices. Simply put, by making lower profits or losing money, the company needs to adapt and meet the needs of the customer. However, subsidies may help prevent such a firm from going out of business, resulting in a more efficient allocation of resources. So, instead of adjusting to the new consumer trends, it will remain the way it is, selling goods at a higher price than consumers are willing to pay.

Firms from all over the world compete with domestic firms because no rule guides the free market. As a result, competition arouses from international competitors. Simultaneously, fewer regulations make it easier for new firms to enter the market while also putting pressure on existing firms.

Profit motivation drives people and businesses to create products that consumers want in a free market. They will go out of business if they don’t develop products. This forces businesses to constantly innovate and improve efficiencies to produce a high-quality product at a low cost. However, companies that innovate and develop products that consumers want survive in a free market. At the same time, they are incentivized to improve production efficiency because what drives them is profit. Furthermore, low production costs free up economic resources for use elsewhere in the economy, contributing to higher growth.

Free markets increase competition not only domestically, but also internationally. As a result, the average consumer has more options. There are thousands of consumers with varying tastes and preferences. If there is enough money they will be able to meet up with those options.

A free market lacks regulation and other constraints that can make it difficult to start and run a business. This contributes to an increase in the number of new businesses entering the market, resulting in a more competitive environment. At the same time, it makes it simpler for businesses to produce consumers’ preferences

Natural monopolies, such as utilities, sewer services, and train lines, pose a significant challenge to free markets. The cost of entering such markets is prohibitively expensive. For example, a utility company may need to build an entirely new supply network to reach customers’ homes, which is both costly and inefficient. As a result, one firm may be able to dominate the market and charge prices that are higher than the market rate.

Public goods, such as free healthcare and education, do not exist in a free market; private businesses provide them. However, most people may be able to access such services because they don’t have enough to afford them.

Businesses are free to produce negative externalities such as pollution when there are no regulations or restrictions. If there are no laws in place to limit or restrict a company’s air, water, or waste pollution, society as a whole pays the price.

The “race to the bottom” is one of the most common drawbacks of free markets. In other words, to maximize profits, businesses reduce quality and cut safety corners to become as profitable as possible.

Countries that operate free-market capitalism have minimal and high levels of taxation. Although most countries use a mixed economy which implies that free markets are not fully in existence. These sometimes affect the economy, for instance, the US which was ranking as the top free-market economy in the current years has backslid. Domineering in socialism instead of the capitalist free economy. This is a result of the pros and cons but the has affected free-market capitalism in the economy.

Can you have a free market without capitalism?

Yes, as long as private individuals control the factors of production, any economy is capitalist.

What is the difference between free-market capitalism and socialism?

Free market capitalism is a private sector that controls price, income, wealth and the distribution of goods. while a socialist economic system is distinguished by increased government intervention to redistribute resources in a more egalitarian manner.

Can a monopoly exist in a free market?

There would be no true way to establish a monopoly in a free market economy. When there is free competition, no single seller has monopoly power over a specific industry.

Can a free market exist in socialism?

Yes, a free market can exist without capitalism. It can exist under socialism as long as there are no coerced (forced) transactions or transaction conditions.

How to Move to Another State: Step-by-Step Guide 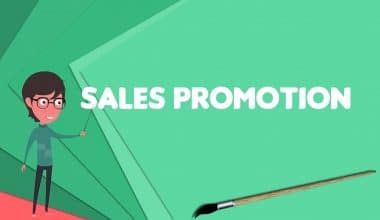 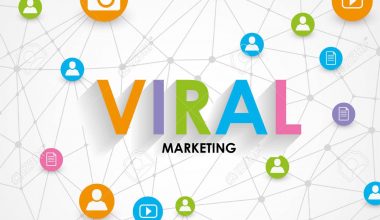 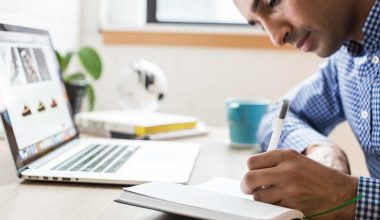