In some countries, the government owns monopoly enterprises in industries deemed critical to the economy’s goals, such as finance, utilities, and the automotive sector. Domestic competition is absent in industries that become part of the command economy. But what is “Command economy”?. Read on to learn more about command economy and see the examples of countries that practice it.

What is a Command Economy?

The command economy is a component of a communist political system, whereas capitalist nations have a free market system.

The government sets a central economic plan in a modern, centrally planned command economy. For example, the government may design a five-year plan that establishes economic and sociological goals for each industry and region of the country. Short-term strategies transform goals into actionable objectives.

All resources are allocated by the government in accordance with the central plan. It strives to make the best use of the nation’s money, labor, and natural resources.

Command economies seek to maximize the use of each person’s skills and competencies. A command economy tries to reduce unemployment by doing so.

The central plan establishes the production priorities for all goods and services. Quotas and price limits are examples of such measures. The goal is to provide enough food, shelter, and other necessities for everyone in the country. The central plan also establishes national priority on matters such as war mobilization.

The government owns monopoly enterprises in industries deemed critical to the economy’s goals, such as finance, utilities, and the automotive sector. Domestic competition is absent in industries that become part of the command economy.

To execute the central plan, the government enacts laws, rules, and directives. Businesses adhere to the production and recruiting targets outlined in the plan. They are unable to respond to free-market pressures on their own.

This type of economic structure is prevalent in communist or socialist countries such as North Korea today.

Examples of Countries with Command Economy

Consider the following examples of countries with a command economy:

Some centrally planned economies, such as China and Russia, have begun to incorporate elements of the market economy, resulting in a mixed economy. Other economies, such as North Korea and Cuba, continue to be fiscally conservative.

The Benefits of Command Economies

Those in favor of command economies say that they allow the government to overcome inequality and market failure by establishing a society that prioritizes social welfare over profit.

The Drawbacks of Command Economies

Any capitalist would argue that command economies confront at least two significant issues: the first is an incentive problem, and the second is a knowledge vacuum among the central planners who make all the choices.

The incentive issue begins at the top. Even in a command economy, policymakers are all too human. Because they are not restrained by market-based forms of discipline such as sovereign credit ratings or capital flight, political interest groups and power battles amongst them will dominate decisions in a command economy even more than in a capitalist economy.

Wages for workers are fixed centrally, and profits are removed as an incentive for management. There is no compelling motive to strive for excellence, enhance efficiency, cut costs, or go above and beyond the bare minimum to avoid government censure.

In a command economy, getting ahead means pleasing the party bosses and having the necessary connections rather than maximizing shareholder value or meeting consumer desires. Corruption is often ubiquitous.

On a greater scale than observed in capitalist civilizations, the incentive dilemma involves the tragedy of the commons. Commonly owned resources are effectively unowned. All of their users (or employees) have no reason to keep them. In a command economy, everything like housing projects, factories, and machinery wear out, break down, and fall apart quickly.

The Vacuum of Information

Austrian economists Ludwig von Mises and F. A. Hayek was the first to describe the difficulty of economic calculation in a command economy. Central planners must determine how much of each product and service that you should manufacture and deliver.

This is determined decentralized in a free market system by the interaction of supply and demand. Consumers shape demand by purchasing or refusing to purchase goods and services. Producers respond by producing more of the goods and services that customers want.

Furthermore, all of these variables are quantifiable. Someone is keeping track of how many avocados, blue jeans, and lug wrenches are in demand at each stage of the supply chain.

In a command economy, central planners should, at the very least, understand the population’s basic life-or-death demands in terms of food, clothes, and shelter. However, without the forces of supply and demand to guide them, they have no reasonable technique for aligning commodities production and distribution with consumer demands and preferences.

Arguments in Support of Command Economy

Command economies may have greater employment control than free-market economies. They have the ability to manufacture jobs in order to put people to work when necessary, even if there is no actual necessity.

Finally, command economies are perceived as being more capable of taking decisive, coordinated action in the case of a national catastrophe or crisis, such as a war or natural disaster. Even market-based countries, however, may temporarily restrict property rights and dramatically enhance the emergency powers of their central governments during such catastrophes.

What Is the Difference Between a Command Economy and a Free-Market Economy?

Private firms determine their levels of production in a free-market economy in response to the law of supply and demand.

The government makes the decision in a command economy.

Few free-market economies today operate entirely on a laissez-faire basis. A government may employ public rules and laws to promote the manufacture of a product, such as fuel-efficient automobiles.

And some command economies have relaxed their grip. China’s economic boom began only after it developed its own blend of socialist ideology and capitalist enterprise.

How Do Central Plans Work in a Command Economy?

Communist countries with command economies are prone to developing multi-year plans that should enhance living circumstances for all citizens. China has had 14 five-year plans, the most recent of which ends in 2025.

In general, central plans create goals for each industry and strategies for each area. Industries have to contribute to government goals such as lowering carbon emissions and rebuilding rural economies.

The Shift from Command to Market Economies

Is the US a command economy?

In terms of consumer goods and corporate services, the US economy is a free market. It is a command economy in terms of defense (as well as certain parts of retirement benefits and medical care).

What kind of economy is China?

Since the implementation of Deng Xiaoping’s economic reforms, China has had what economists refer to as a socialist market economy — one in which a major state-owned enterprises sector coexists with market capitalism and private ownership.

What kind of economy is Japan?

Japan’s economy is a well-developed free-market economy. It is the world’s third-largest economy in terms of nominal GDP and fourth-largest in terms of purchasing power parity (PPP). It has the second-largest developed economy in the world.

Chief of Staff (COS): Job Description, Skills & Salary In US 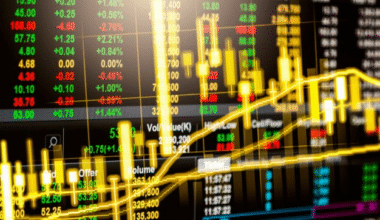 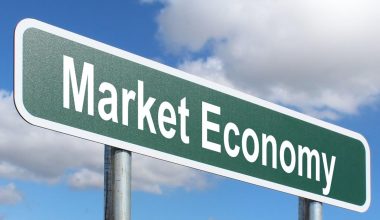 Read More
MMarkets
Table of Contents Hide What Is Mass Market in Business?The Evolution of Mass MarketingWhat Are the Characteristics Of…