Before we get into the details of the New York minimum wage, it’s worth noting that New York is one of the most fascinating cities in the world. It’s a magnificent metropolis brimming with skyscrapers, dazzling lights, yellow taxi cabs, and, above all, possibility.

In the Big Apple, some highly ambitious companies and some extremely bright minds get together to make things happen.

It’s also a friendly environment for foreigners. New York City has a population of about 8.4 million people, with 36 percent of them being foreign-born.

In this post, we’ll go over everything you need to know regarding New York’s minimum wage.

New York’s workforce contributes to one of the world’s greatest urban economies. In every way, New York City is a global financial center whose performance has far-reaching consequences around the world, for better or worse.

Many people employed in New York’s private sector work for international firms, and the city is genuinely a worldwide commercial hub. International businesses naturally attract an international workforce, and over half of New York’s wage earners are foreign-born.

Working in New York is undeniably glamorous for many foreign employees. The hustle and bustle of the huge metropolis, combined with a competitive business environment, make expert postings in New York remarkable.

Employers benefit from a varied and inventive workforce because they may hire the best and brightest from a pool of highly trained and qualified individuals.

If you’re looking for work in New York, the job market at the New York Times, whether in print or online, should be your first stop. Alternatively, a standard internet search for vacancies and employers in New York City should yield a variety of alternative search tools and databases.

Look for contact information for appropriate businesses in the New York Yellow Pages, or ask your local US Chamber of Commerce for a list of corporations with branches or business affiliates in New York.

If you want an overview of the US labor market and additional information on currently in-demand vocations, the Bureau of Labor Statistics’ Occupational Outlook Handbook is a good place to start.

What is minimum wage?

The goal of minimum wages is to safeguard workers from receiving inequitably low compensation.

They contribute to ensuring that everyone receives a fair and equal share of the benefits of progress, as well as a minimum living wage for those who are working and in need of such protection. Minimum wages can also be part of a policy to combat poverty and eliminate inequality, particularly between men and women, by advocating the right to equal pay for equal work.

The New York City minimum wage is $12.50 per hour. This is more than the $7.25 federal minimum wage. You have a legal right to the greater state minimum wage.

In New York, the current minimum wage is $12.50 per hour. This rate applies to the majority of companies in New York State.

In New York City, the minimum wage for large companies (those with 11 or more employees) and small employers is $15.00 per hour (10 or fewer employees). Long Island and Westchester Counties have a $14.00 minimum wage.

Tipped salaries in New York might vary depending on the size of the company, the sector, and the number of tips earned. In the state of New York, the tipping pay is $10.40 per hour.

Workers in Long Island and Westchester Counties are paid a minimum wage of $14.00 per hour. Employees in these areas will experience a $1.00 per hour raise each year until the minimum wage reaches its planned maximum on December 31, 2022, when it will be $15.00 per hour.

Employees in all other New York Counties

When it comes to rate increases, employees in counties outside of the New York City metro area will face various rules. The minimum pay for its employees will climb to $11.10, $11.80, and $12.50 after each year.

What is minimum wage in upstate new york?

The minimum wage in the Upstate will increase from $12.50 to $13.20 per hour. Employees outside of New York City, Long Island, and Westchester County will be affected by the move, which takes effect on December 31. For someone working a full-time minimum-wage job, the rise of 70 cents per hour translates to an extra $28 per week.

Also read: How to Fill Out a Money Order Correctly: Step by Step Guide

Why are there Minimum Wage Laws in New York ?

Employees are protected against unjust compensation by the New York minimum wage act. After all, if you work and contribute to society, you deserve to be paid enough to meet your basic needs and those of your family.

It’s important to note, however, that not every employee is entitled to a minimum wage.

For example, if your employer is small or you work as an independent contractor rather than an employee, you may not be protected by the law or the law may be different in your circumstance. The minimum wage in New York applies to small businesses, however, those working for businesses with fewer than 11 employees saw a slower increase.

Other industries, in addition to independent contractors and small businesses, may be exempt from the New York minimum wage. This is because the employee receives remuneration that is not directly from the company but provides income to help them meet their basic living expenditures in some circumstances.

Commissioned salespeople, for example, may earn far more than the minimum wage, but their basic compensation is lower.

However, you have the right to pursue legal action if you believe the laws apply to you and you are not receiving adequate compensation under the law.

For employees who get tips from customers, the minimum wage is calculated differently. Waiters and waitresses fall into this category.

Employers can meet the minimum wage requirement by combining an employer-paid “cash wage” with a credit or allowance for tips received from customers.

In New York City, for example, the minimum wage for food service workers employed by large businesses is $15.00 per hour.

Workers not covered by minimum wage law in New York

These are some of the employees not covered by the New York minimum wage act:

Minimum Wage in New york by Types of Industry

As evidenced by minimum wage laws, there is one major disparity between industries. One encompasses all industries, jobs, and workers who earn no additional compensation for their services other than their pay. Other industries include those that have a tradition of accepting gratuities from clients, sometimes known as tips. In the next paragraph, we’ll go over those distinctions and explain them in more detail.

Furthermore, rules known as ‘Wage Orders’ establish industry-specific individual criteria. These Wage Orders may have rates that differ from the federal minimum wage.

Minimum wage NY varied by industries and locations with different minimum wage rates. When working a full-time job, the state’s minimum wage is the absolute minimum you should be paid – especially if you are putting in overtime.

Additionally, making sure your understanding of the most recent labour regulations is up to date is a wonderful approach to ensure you are being appropriately compensated. Given the fact that some critical decisions have been made with insufficient media attention, it is in your best interest to brush up on your knowledge from time to time.

What is the minimum wage in New York City?

What is the New York under 18 minimum wage?

New York’s minimum wage for workers under the age of 18 is $7.25 per hour. Your eligibility for the minimum wage, however, is determined by the type of work you do and the county in which you work.

What is the Minimum Wage in Nassau, Suffolk, and Westchester Counties

In these counties, the minimum wage will rise to $14 per hour. 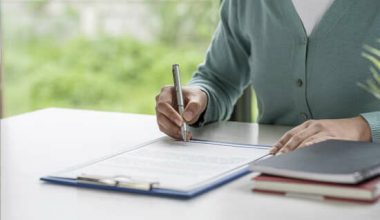 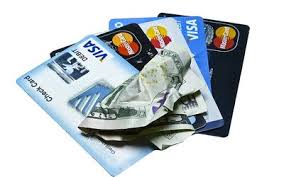