How to Calculate Markup: Calculating Markup & Markup Percentage With Examples

Knowing your markup is one key to making profits in a business. It’s simply the difference between the cost of your manufactured product or service and the amount you sell to consumers or customers, usually expressed in percentage. Learning how to calculate your markup helps you track and maintain your business profitability, but most significantly, helps increase sales and market share expansion. As we further move into this article, we will discuss how to calculate your markup and margin percentage and the selling price calculator with a markup.

To put it simply, markup is the difference between the selling price per unit of a product or service and the cost of producing that product or service. As an alternative, it may be considered that it is the extra cost above the entire cost of the product or service that is ultimately the seller’s profit. It’s mostly used by manufacturers, wholesalers, retailers, and the like.

When launching a new firm, one of the most critical aspects of pricing strategy is determining your markup. All your expected business expenditures, including markdowns, stock shortages, and staff and customer discounts, must be covered by the number of your markups. However, they must still provide a profit for the company.

Markups can vary from one company or business to the next because they depend on how much customers are willing to pay or spend. At the same time, it is or could be affected by the business. The ways that your competitors set their prices can be significant to the profitability of your business or setting your markup.

Expected sales volume is also an important consideration in markup. It is possible to use a lower markup on high-volume products and still make a profit. Costs per unit might be reduced as production volume grows.

Your brand’s strength is also a consideration. Even though the cost is higher, a strong brand may attract a higher price and a larger markup.

You can’t afford to ignore or minimize the significance of this aspect of your business. You have to pay one thing or the other to keep your business open; you have to pay for your health insurance as well as your rent or mortgage; you must pay your workers, and you’ll have to stock up on supplies.

All of these elements are taken into account when determining your markup since your sales price must be high enough to cover both your overhead and the cost of the goods while still providing a margin for profit. However, this is where things become complicated.

You can’t use your whole overhead to figure out markup; instead, you’ll use a percentage that’s specific to the product you’re trying to figure out. This can be known as overhead allocation and may be a tricky concept to grasp.

You’ll lose money if you don’t set aside enough. In the event that you over-allocate, you risk losing consumers who are unwilling to pay your high prices. If accounting isn’t your strong point, you may want to seek the advice of a financial expert.

How to Calculate Markup and Margin

Markup and margin are two different terms and have two different ways of calculating them. The difference between a product’s selling price and its cost expressed as a percentage of revenue is known as margin, while markup is the price of a product or service raised and added to the selling prices.

How to Calculate Markup

Calculating your markup is as simple as just subtracting the COGS from the revenue. Below is the formula to calculate the markup

Supposing the manufacturing of an item cost $70 and then was later sold for $100. What would be the markup price for that particular goods?

Simply subtract the cost price from the sale price

This is the simple way to calculate it. However, it should be expressed as a percentage. So we would look at how to calculate the markup percentage in the next two headers.

How to Calculate Margin

To calculate your business margin price, first calculate your gross profit, which is your revenue or income minus your cost of goods sold (COGS). This is not different from calculating markup except that the answer you get from subtracting your COGS from your revenue will be divided by the revenue again. Afterward, determine the percentage. Markup = Revenue-the cost of goods sold (COGS) of the revenue that is the same as gross profit, and then multiply the result by 100

The formula to calculate margin is as follows

The margin formula calculates how much income is left over after all costs have been deducted. You keep a higher share of sales income when your margin is higher.

Therefore, the margin is  20%. You spent 80% of your revenue on shoe production and get to keep  20% of your total revenue.

How to Calculate Markup Percentage

Markups, like margins, involve revenue and COGS as inputs. In contrast, a markup displays the difference between your selling price and your item’s actual cost.

The formula is as follows

Using the example of the shoes above,

Therefore, your markup percentage is 25%. This means you can sell your shoes for 25% more than the amount you paid to produce them.

The selling price is the price at which a product is sold to meet its markup percentage. In other words, it’s the price a consumer will pay before any applicable taxes are deducted.

The selling price markup calculator has the formula below;

Let’s take a scenario for example,

Suppose you have a product that cost you over a hundred dollars plus your overheads and all, then you decided to add a markup of fifty dollars. Your selling price of that product will therefore be a hundred and fifty dollars.

If you want your business to grow without obstacles, you can’t ignore the importance of setting up a markup. It’s critical for your company’s success that you know how to determine your markup pricing, but there’s a little catch. It’s possible that if you set it too high or too low, you’ll lose clients and potential clients, as well as profits. In a worst-case scenario, you may even lose your entire capital and may have to start again. That’s why we came up with this comprehensive guide to help you calculate your markup properly.

How to Calculate Markup FAQs

To calculate your markup is as simple as just subtracting the COGS from the revenue. Below is the formula to calculate the markup.

What is markup percentage used for?

How do you calculate markup and selling price?

The way to calculate a markup selling price is

CLOSE OF ESCROW: Meaning and Guide To The Process

NETFLIX COMPETITORS: Who are they? (Competitor Analysis & Stock) 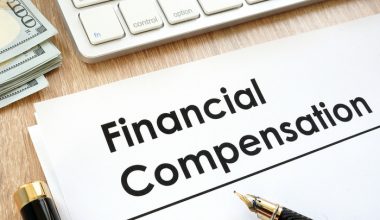 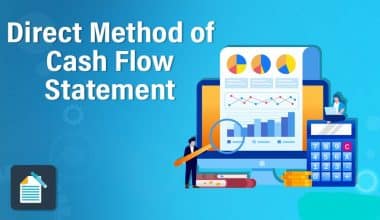 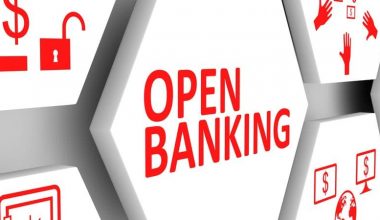