The United States is no stranger to flat taxes, having enacted flat federal income taxes twice in its history. Currently, nine states have flat taxes on all income, and two more have only interest and dividend income. And, given the complexity of the current tax code, some politicians have proposed a new federal flat income tax. However, while a flat tax system appears to be simpler than a progressive tax system, it is likely to have some drawbacks that would make things more difficult for certain taxpayers. Continue reading to learn more about how a flat tax rate works, its pros and cons, and how it may affect you.

What is a Flat Tax?

A flat-taxes system is one in which everyone, regardless of income, pays the same rate. Although proponents argue that taxes would simplify the tax system and make payment and enforcement easier. Flat taxes generally increase the proportional tax burden on low-income earners while decreasing it on high-income earners. While the federal tax system in the United States is progressive, meaning that a worker’s income is taxed based on her level of income, some states also have flat income taxes.

A person’s share of income taxes increases with her earnings under a progressive tax system. This alleviates the burden on lower-income people and contributes to the reduction of income inequality.

Everyone pays the same percentage of their income in a flat-taxes system, and most proposals have no or limited deductions. Almost all proposals include a low tax rate, usually far lower than the upper marginal tax rates; because taxes will be reduced across the board, this appears to add fairness to the tax system. Proponents argue that flat taxes would reduce the Internal Revenue Service (IRS) code from thousands of pages to a few, allowing IRS employees and accountants to focus their energies elsewhere and making the stressful experience of filing tax returns a mere afterthought.

A flat-taxes system, on the other hand, simply deprives the federal government of revenue. This is because the benefits primarily benefit higher-income earners, who will pay far less while disadvantaging lower-income earners, who may see only minor reductions or even an increase in their tax burden. While proponents of flat taxes believe that lower taxes across the board will lead to prosperity and job growth, periods with marginal tax rates as high as 92 percent have also been linked to a stronger economy, and the verdict is still out.

Some states already tax personal income at flat rates, but none of these rates exceed 6%. FICA taxes, which pay for Social Security and Medicare, are also flat taxes levied by the federal government at 6.2 percent and 1.45 percent, respectively, per employee. Many flat-taxes proposals make an exception for investment income, so money market account interest is not taxed.

A flat tax rate eliminates the need for a tax rate schedule and tax brackets, making it easier for taxpayers to calculate and file their taxes.

What Is the Importance of a Flat Tax Rate?

In its history, the United States has had a flat tax rate twice. The first federal income tax was implemented in 1861. The government was looking for ways to raise funds for the Civil War at the time. In 1872, the tax was repealed. Then, in 1894, Congress enacted flat federal income taxes, which was repealed a year later when the United States Supreme Court ruled it unconstitutional.

While it is unclear how far those tax proposals will advance in Congress, the debate over whether a federal flat income tax is appropriate for the United States continues. Understanding the pros and cons of a flat tax will help you determine where you stand on the issue and how it will affect your tax burden if it is implemented.

A flat tax rate, like many other potential changes to the tax code, has both pros and cons.

Proponents of taxes typically point to some advantages of the IRS abandoning its current progressive tax system. For starters, flat taxes supporters argue that the system would be more equitable because everyone would pay the same rate.

To further simplify the tax code, some tax proposals include closing certain loopholes for individuals and business owners.

A progressive personal income tax can help to equalize wealth in a country by taking a larger share from high-income groups and effectively giving low-income groups a tax break.

However, this does not work with an income tax rate. In this scenario, any tax revenue lost by the IRS due to a lower rate on high-income earners must be compensated for by low-income earners. The Congressional Budget Office simulated the effect of a flat tax on American families’ after-tax income in 1992.

In 2016, US Senator and presidential candidate Ted Cruz proposed a 10% flat tax rate in the United States. If implemented, the tax system would exempt a family of four earning less than $36,000 from paying taxes. It would increase standard deductions to 10% while increasing the personal exemption to $4,000.

The estate tax, Obamacare taxes, and the Alternative Minimum Tax would all be eliminated under a tax system. Corporate taxes would be reduced to 16% under the proposal, and profits earned abroad would be tax-free. Businesses would only have to pay a one-time repatriation tax of 10% on past income.

The flat taxes system is opposed to progressive taxation. In the former, the government imposes a single percentage of charges on all citizens, regardless of income. In the latter, however, the government provides a tax slab with different tax rates for individuals in different income brackets. As a result, as an individual’s income rises, so does the tax rate imposed on them.

While the flat tax typically does not provide tax exemptions or deductions, the progressive tax provides taxpayers with a variety of exemptions and deductions. In the former, taxable income does not include income from other sources such as dividends and interest. The latter imposes taxation on other types of income such as capital gains, return on investment, and so on. Furthermore, the filing and computation of taxes at uniform rates are easily accessible to taxpayers. However, taxpayers must hire professionals to evaluate and file progressive taxation.

The flat taxes burdens daily wage earners and those who earn just enough to meet their basic needs. Progressive taxation, on the other hand, charges higher interest rates to wealthy taxpayers, penalizing them for higher revenues. The former ensures individual equality, while the latter ensures societal income redistribution to improve living standards.

What is an example of a flat tax?

Flat taxes charge all taxpayers the same fixed percentage rate. Sales taxes, as well as Social Security and Medicare taxes, are examples of flat taxes. The United States has a progressive tax system, which means that higher-income residents pay a higher percentage of their income tax.

Why is a flat tax better?

A flat tax system is much simpler than a progressive tax system, allowing all individuals to complete their tax forms. Flat taxes would also eliminate virtually all compliance costs and significantly reduce red tape.

What are the 3 advantages of a flat tax?

What is another name for a flat tax?

A proportional tax, also known as a flat tax, has an equal impact on low-, middle-, and high-income earners. Regardless of income, they all pay the same tax rate.

How does the flat tax work?

What are the 3 types of taxes?

Tax systems in the United States are classified into three types: regressive, proportional, and progressive.

Which countries have a flat tax?

Despite having flat taxes of 10% in Mongolia and Kazakhstan, and 13% in Bolivia and Russia, these countries do not have well-developed social sectors. Hungary and Romania have 16% flat taxes, while Lithuania and Georgia have 20% flat charges.

How do you calculate flat tax?

Who proposed a flat tax?

A flat tax is a type of negative income tax (NIT), which Milton Friedman proposed in his 1962 book Capitalism and Freedom. The basic concept is the same as flat taxes with personal deductions, except that when deductions exceed income, taxable income can become negative rather than zero.

Although no national flat tax rate has recently been proposed at the national level, this may change in the future. While flat taxes provide the opportunity to simplify the tax code so that more taxpayers comply, they may end up putting a greater burden on low-wage earners while taxing higher-wage earners.

Will the US ever have a flat tax?

A flat tax is unlikely to be implemented in the United States. It will not only increase wealth disparities, but it will also have an impact on policy and trends. Tax breaks and exemptions are offered to sway public opinion.

Why is flat tax unfair?

Affluent taxpayers are better able to meet their physical needs and are thus charged more. A flat tax would disregard income disparities between rich and poor taxpayers. Because of this, some argue that flat taxes are unjust. However, progressive taxes treat the rich and poor differently, which is also unfair. 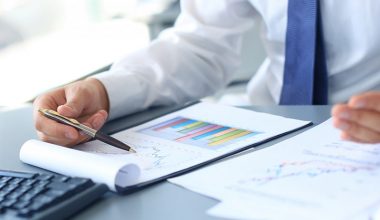 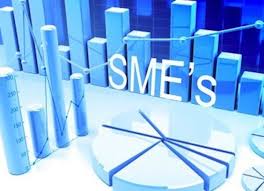 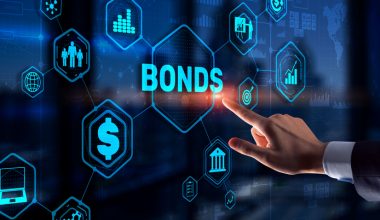 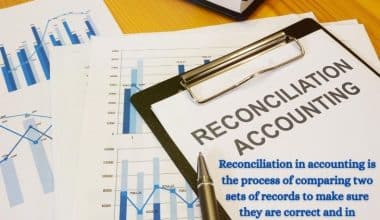 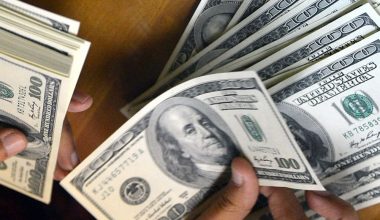 Read More
FFinance & Accounting
Only the U.S. dollar comes out as a “winner” from the coronavirus outbreak. Investors dumped riskier assets like…