Business Acquisition Loan: How It Works

The structure of most business acquisition loans is term loans. Which requires repayment of the borrowed funds plus interest over a certain period of time. Lenders offer different terms, rates, and quantities for their loans.

Some lenders will only grant you a fraction of the financing and want a down payment for the remainder. Even though you may request a particular loan amount. As little as 10% of the purchase price of a business can be required as a deposit on a loan for the acquisition of a firm.

When evaluating the loan amount, lenders frequently use a business appraisal—an assessment of the economic value of the firm you’re interested in purchasing—among other things. Depending on the terms of the loan, you may also be asked to provide collateral. It’s possible to secure a loan with tangible assets from the firm you’re hoping to acquire.

Where to receive a business acquisition loan?

Loans for the acquisition of a business can be obtained from a wide range of sources, including:

Low-interest loans with longer terms are available from banks and credit unions for businesses that qualify but don’t require immediate funding. Banks prefer applicants who have good personal credit (a score of 700 or higher) and have been with the company for an extended period of time and have solid financial standing.

Although actual collateral is not required by all banks and credit unions, providing it might help you gain access to bigger loan amounts and cheaper interest rates. Small business loans, On the other hand, can take a long time to get approval and may necessitate lengthy application procedures.

Banks and credit unions are required to participate in the Small Business Administration’s loan guarantee program. A wide range of corporate acquisitions can be funded with these loans. which have flexible terms and cheap interest rates. SBA loans, like typical bank loans, have tight standards and might take a long time to fund. Having two years of experience in a company and personal creditworthiness of 690 or more are normally required for an SBA loan. However, some SBA lenders may require lower credit scores.

For those that need money right away, but are not eligible for a bank or SBA loan,  looking into an internet lender for a business acquisition loan can be an option. . Acquisition loans of up to $500,000 with durations of seven or five years are available from online lenders.

Compared to banks and credit unions, online lenders typically have a lower set of standards. They can be sufficient for a small company loan, and collateral is not always necessary. As long as the business has a solid financial foundation. Online lenders may be more open to working with newer companies. Online business loans, in contrast to the traditional bank and SBA loans, can be funded in as little as a few days. The turnaround time at Credibility Capital is just three days. As a result, online lenders often demand larger APRs than lending institutions.

How to obtain a loan for the acquisition of a business

When applying for a loan to fund your firm’s growth, lenders often look at your personal credit score and the amount of money your company makes each year, as well as how long it’s been in operation. Consider your income, your ability to pay back the loan, and any collateral you have available when deciding whether or not to lend you money.

In the process of purchasing an existing business, lenders will examine the valuation of the firm, the deposit you can make, your business proposal and cost estimates for the acquisition, and any prior industry expertise you have.

There will be a requirement to submit financial documentation as part of the application process, such as cash flow statements, financial position statements, tax returns, and personal and business bank statement copies. The lender may need an additional set of documents that has a connection to your acquisition such as:

You and the present owner of the business sign a letter of intent in which you lay out the parameters of your proposed purchase agreement.

It would be much better if you consulted with a business auditor and a business attorney to guide you properly.

Below is the merger companies’ list of the events that occurred during the merging/purchasing process, those that became successful, and those that were hostile.

Verizon Wireless is on the first list of merger companies. It was a joint venture between Verizon Communications and Vodafone. But Verizon bought Vodafone’s 45 percent interest in 2014 in a deal estimated to be worth $130 billion. It is now Verizon’s exclusive ownership of Verizon Wireless after the purchase.

Verizon’s outstanding performance in the years after the merger made this a hugely successful transaction, earning it the title of “deal of the decade.”.

As a result of the 2016 merger of H.J. Heinz Co. and Kraft Foods Group, a new firm (The Kraft Heinz Company) entered the top ten food corporations in the world.

There was a lot of pressure on the Heinz-Kraft acquisition, which cost almost $100 billion, to meet expectations. However, this has not been the case in reality. Experts believe that the corporation has run out of steam because of a shift in consumer tastes.

One of the best examples of a successful merger is Exxon-Mobil. When Exxon and Mobil announced plans to merge in 1998, the news made headlines around the world.

They were already the top and second-largest oil producers in the United States at the time of the acquisition. With dividends reinvested, investors have doubled their money and the stock has risen 293 percent since the purchase was completed for a stunning $80 billion. There was pessimism about the combination at the outset, but it turned out to be one of the most fruitful ever.

Pfizer paid $90 billion for Warner-Lambert in 2000. The merger between the two pharmaceutical corporations is among the most aggressive acquisition cases in existence.

Over $13 billion in profits from a tremendously sought-after drug (Lipitor) were acquired by Pfizer as part of the acquisition of the second-largest pharmaceutical firm in the US.

In 2018, two groups that had previously worked together on mergers and acquisitions merged. Because of the size of the transaction, the US Department of Justice had to step in to help resolve the conflict.

AT&T first expressed an interest in purchasing Time Warner in 2016, and the deal was completed after getting FDA approval following government objections. Government officials who were against the agreement stated that they would not intervene.

In 2005, Google paid an estimated $50 million for Android. Some people were surprised by the decision because Android was a relatively obscure mobile firm at the moment.

It also gave Google a leg up in a market that was previously dominated by Microsoft and Apple.

This is not Google’s first acquisition of this type, but it is one of its most profitable. This is due to the fact that, as of May 2020, 47 percent of US phone users will be using Google Android devices.

Disney has a lot of experience when it comes to obtaining successful businesses. In 2006, Disney and Pixar agreed to a deal worth $7.4 billion. Despite the astronomical price, the now-joined studio has gone on to produce blockbusters like WALL-E and Toy Story 3, which have brought in billions of dollars worldwide.

Disney acquired Marvel Entertainment three years after purchasing Pixar. As with Pixar, the ensuing films made billions of dollars at the box office. These deals are looking more and more profitable with each successful movie. The above is the list of merger companies.

What Are Three Advantages of Acquisitions?

In addition to internal growth strategies, acquiring other businesses is a means of expansion. By attaining economies of scale, syncing core skills, lowering costs, and securing supply networks, acquirers can grow the size and value of their businesses.

How Long Does a Business Acquisition Take?

How Much Time Does It Take to Acquire a Business? The stages and duration necessary in acquiring a firm or combining two companies might vary significantly based on the specifics of the transaction and its size. In general, the range is between six months and one year (sometimes longer).

Multiple studies over the years have demonstrated that most mergers and acquisitions don’t produce the expected synergies, and that some even reduce value.

What Are the Types of Business Acquisition?

Why Do Companies Do Acquisitions?

One of the most typical acquisition methods is to improve the productivity of the target firm.

What Happens to CEO after Acquisition?

After an acquisition, a CEO has a few options: either continue in their current function, establish a new business, or stay with the combined company in a different capacity. The most fruitful, albeit uncommon, option is to take on a new function within the merged company.

What Are the Benefits of Acquisitions?

Most business acquisition loans are structured as term loans, which require repayment of the borrowed funds plus interest over a certain period of time. Lenders offer different terms, rates, and quantities for their loans.

Some lenders will only grant you a fraction of the financing and want a down payment for the remainder, even though you may request a particular loan amount. As little as 10% of the purchase price of a business can be required as a deposit on a loan for the acquisition of a firm.

HOW MUCH DO ESTHETICIANS MAKE: Estheticians' Salary In 2023 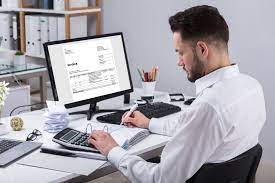