Yahoo Finance: News, Net worth, how they started and API Guide

As a stock investor, you’d agree with me that there is a need for stock quotations, updated investment news, and portfolio management resources. This is what Yahoo Finance does. It brings you updated information as regards your investment. It can be likened to that visitor who saves the day.

As a result, this article contains everything you need to know about Yahoo Finance and Yahoo News, including the yahoo API guide.

If you have ever wondered how it all started for Yahoo and what Yahoo’s net worth is, the answer is right here!

What is Yahoo Finance?

At yahoo finance, you get portfolio management resources, international market data, mortgage rates, and social interactions. This is the news website in the United States with the most traffic on monthly basis.

Yahoo is a global internet service provider based in Sunnyvale, California, and has been owned by Verizon Communications since 2017. Founded in 1994 by Jerry Yang and David Filo, graduate students in electrical engineering at Stanford University in California, Yahoo provides users with online utilities, information, and access to other Web sites.

They started by creating a website named ”Jerry and David’s Guide to the World Wide Web.” This guide was renamed “Yahoo!” in April 1994, meaning ”yet another hierarchically organized Oracle” while the yahoo.com domain was created in 1995.

Yahoo grew so rapidly throughout the 1990s that it went public. Yahoo in April 1996 and its stock price rose by 600 percent within two years. Like many web directories, Yahoo added a web portal, putting it in competition with those that offer similar services. By 1998, Yahoo was the most popular starting point for web users. Coupled with that fact, that made it the most popular search engine, receiving 95 million page views per day, which was very huge. Its stock price skyrocketed closing at an all-time high of $118.75 a share on January 3, 2000.

Nevertheless, Yahoo offered free email in 1997, which was the same year Yahoo Finance was launched after the acquisition of RocketMail, which was then renamed Yahoo Mail in 1998. AltaVista was replaced as the crawler-based search engine underlying the Directory by Inktomi. Yahoo made its two biggest acquisitions in 1999: Geocities for $3.6 billion, and Broadcast.com for $5.7 billion.

Eventually, Yahoo battled Google, a major competitor in the search engine industry, for many years in an attempt to claim a larger share of the market. Yahoo! notably released its Yahoo! Instant Messenger, bought out the Internet photo network Flickr, included a myriad of other features, and acquired a 40 percent share of the Chinese e-commerce company Alibaba. In response to Google’s release of Gmail in 2014, Yahoo! upgraded the storage of all free Yahoo! Mail accounts from 4 MB to 1 GB, and all Yahoo! Mail Plus accounts to 2 GB. On July 9, 2004, Whereas, Yahoo! acquired e-mail provider Oddpost to add an Ajax interface to YahooMail Beta.

You might want to read this! The google brand strategy: how it dominated market

Meanwhile, in 2000, Yahoo used Google’s search engines before it established its own in later years. Yahoo’s most famous missed opportunity isn’t the chance to buy Google. It was in July 2006 when Yahoo tried to buy Facebook, then a college-oriented network with roughly 7 million members, for $1.1 billion.

In 2002, Yahoo actually had another chance to buy Google. This time, CEO Terry Semel offered $3 billion for the company; Page and Brin turned him down, reportedly holding out for $5 billion.

Yahoo was lucky to be one of the few companies that survived after the dot-com bubble burst, although its net worth was affected. Yahoo’s stock closed at an all-time low of $8.11. However, after the dot-com bubble burst, the post-bubble price was about $8.11 on September 26, 2001. That same month, the company launched its social networking service, Yahoo! 360°, including blogging. Yahoo also acquired blo.gs, a service based on RSS feed aggregation, an online social event calendar, Upcoming.org, in June 2005, and in October 2005, a social bookmark site, del.icio.us in December 2005 and then playlist sharing community. Webjay in January 2009.

Yahoo recorded the largest layoff in its history in 2012, when 2,000 employees (14 percent of the workforce) lost their jobs.

This resulted in a statement from the company. They did not deny that it was cutting 2,000 jobs, or about 14% of its workforce. Six mass layoffs in the past four years for the beleaguered company.

“Today’s actions are an important next step toward a bold, new Yahoo—smaller, nimbler, more profitable, and better equipped to innovate as fast as our customers and our industry require,” these were the words of chief executive Scott Thompson.

Verizon Communications Inc. signed a deal with Yahoo in January 2005 to offer Verizon’s broadband customers a new Verizon Yahoo portal. “We are very excited to team up with Verizon, the largest communications company in the U.S., as their partner of choice, in order to provide Verizon’s subscribers with a compelling new Verizon Yahoo! offering,” said Dan Rosensweig, Yahoo!’s chief operating officer. With such ambitious plans for the future, growth projections for Yahoo! remained optimistic.

In February 2014, Yahoo acquired two companies: a social diary company named Wander and a technical recruiting company named Distil. On January 9, 2017, Yahoo! CEO Marissa Mayer announced she would step down from Yahoo’s board of directors if its sale to Verizon goes through.

Yahoo’s net worth started declining in the 2000s, and on July 25, 2016, Verizon Communications acquired its internet business for $4.8 billion. Yahoo Inc., also known as Yahoo, is an American multinational technology company. Notwithstanding, the CEO, Marissa Mayer, has claimed a big audience in Finance, Sports, and News sectors.

After the stake was sold in Alibaba Group, Altaba stopped trading on the Nasdaq at the close of the day on October 2, 2019. As a result, filed a certificate of dissolution in Delaware on the 4th of October 2019. yahoo net worth for 2020 is below.

In October 2020, parent company Verizon Media announced something that surprised everybody, they announced that Yahoo Groups will be shut down on December 15, 2020, due to “a steady decline in usage over the last several years’.

You might also want to know some secrets about top brands

Here is all you need to know about finance.

Yahoo Finance as a media property is part of the Yahoo network. This contributed greatly to their net worth. It provides financial news, data, and commentary including stock quotes, press releases, financial reports, and original content.

Here is a list of current Yahoo finance network;

Yahoo News is a news website that originated as an internet-based news aggregator by Yahoo. A software engineer named Brad Clawsie in August 1996. Yahoo News articles originally came from news services such as the Associated Press, Reuters, Fox News, and Al Jazeera. In 2001, Yahoo News launched the first “most-emailed” page on the web. This increased Yahoo’s net worth. It was well-received as an innovative idea, expanding people’s understanding of the impact that online news sources have on news consumption. Thereafter, Yahoo Finance also became part of yahoo news.

However, by 2011, Yahoo News focused more on original content, because it planned to be a major media organization. In the light of trying to be a major media outlet, veteran journalists were hired, while the website had a correspondent in the White House press corps for the first time in February. In November 2013, Yahoo hired Katie Couric, a former Today Show and CBS Evening News anchor. Although she left in 2017, it is important to know that all these efforts were put together to boost the performance of yahoo news.

Yahoo News has developed a mobile application that collects the most-read news stories from different categories for iOS and Android. The app won the 2014 Apple Design Award.

According to Alexa, as of January 2019, Yahoo News ranked sixth among global news sites, ahead of Fox News and behind CNN. It is safe to say that their efforts paid.

What is API Guide?

Yahoo Finance API is a reliable source of stock market data, which can be referred to as a range of libraries, APIs, or methods because it provides other financial information, including market summaries, financial reports, historical quotes, and news feeds. All these help obtain real-time or historical data for financial markets.

Yahoo Finance API provides access to this data for some reasons, which include querying finance summaries, stocks, quotes, movers, and charts.

Reasons to use API

It is free other API’s that offer the same service charge an amount of money.

The amount of data is just ok.

You don’t need an external help to set it up

It is very easy to use. It is not as complex as most people think.

Yahoo Finance API wrapper is available in multiple languages and via various tools and frameworks. Some of the programming languages supported include C, C#, Go, Java, JavaScript, Objective-C, Ocaml, PHP, Python, and Ruby.

You can likewise be access it via shell using cURL, HTTPie, and Wget while supporting RapidQL, a GraphQL like query language. Node.js framework isn’t left out.

Create an account with Rakuten RapidAPI. It’s totally free! (a yahoo or google mail is essential).

The next thing to do is to go over to the API pricing page and choose a plan. There is a free plan that allows about 500 free API calls which is why I advise you to start with the free plan and then move over to the paid plan for a better experience.

You might be wondering exactly how to start. No worries, API at Rakuten RapidAPI comes with a quick start API guide. The quick start guide is more like a collection of code snippets in popular programming languages and frameworks for easy access. You can select the language you are more familiar with and start. For example, if you are building your app in javascript, the code snippets are available in jQuery, fetch (method), and XMLHttpRequest.

The last step is to come back to the API guide endpoint page. Simply copy and paste the code snippet to any code editor of your choice and then finally, test drive the API by clicking ‘Test Endpoint”.

It might interest you to know that you can pull out data from Yahoo finance using the API guide.

In as much as Yahoo started in a very inspiring way, many people have the opinion that they made a lot of mistakes along the line and failed to take opportunities they should have taken.

While some folks saw this as lack of proper business planning, others saw it as failure to move with the trends.

Contact us @businessyield to avoid basic mistakes that can ruin your business or brand. 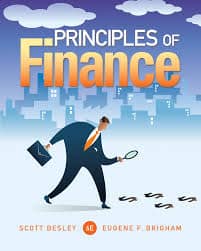 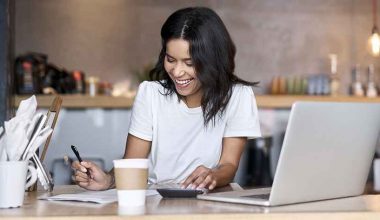 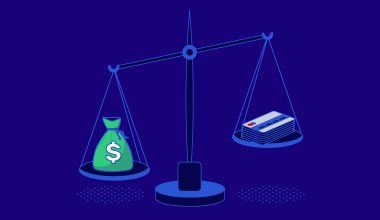 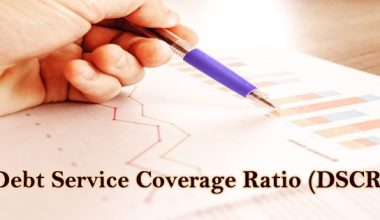