In order for the economy to grow, certain rules must be followed. With no rules in place, economic rights are at risk of being violated. This article centers on administrative law, the officials (judges) implementing the rules or functions in the economy, its examples, and its types.

What Is an Administrative Law?

Administrative law is the set of rules that govern the executive branch of government and its decision-making. The executive branch is also known as law enforcement or regulations, and the rules cover the areas of international trade, transport, social, economic, etc. It is also a public law or regulatory law.

In the twentieth century, the administrative law body created more government bodies to regulate the social, political, and economic affairs of the nation.

How Does Administrative Law Work?

In the United States of America, the legislators or congress create the administrative law and the laws guide the affairs in which the executive bodies operate or work. As the economy expands over the years, they have to form more administration bodies like the department of labor for labor, the Federal Communication Commission for telecommunications, e.t.c.

As the administrative body increases by the day, the administrative law must change so that the law can guide the new operative bodies and give them their power, like the right to enforce, draft, e.t.c., in their positions in which the economy must obey. In the law, the agency must give a temporary notice to the persons for notice at least 45 days prior to the date of the public hearing. After the action is completed by the office, there will be no more adoption, or amendment, without giving public notice.

Roles of the Administrative Law

As the administration grows, each one has a role to play. Their role helps in the protection of individuals in the country and the economy as a whole. As the law governs both the federal and state bodies, which make the rules to govern other bodies. The president governs the federal departments. The state level is governed by the mayor or governors. Here are the roles of the regulatory bodies, namely;

They help to collect facts and evidence for investigations in order to know the problem and give solutions.

The court has agencies that manage the affairs of the regulator’s activities and have specific functions.

This regulatory body sets standards for exercising decision-making power. They also give authority to the administrative law judge, who is quasi-judicial and settles complex disputes both at the federal and state levels. In the U.S., the APA was formed in the year 1946. The basic purposes of the APA are:

Administrative Law in the United States

Congress also creates special bodies that help in some areas of the law, known as the Article I tribunals. Their agencies’ steps are from the APA, Organic Statutes, Informal Agency Practice, and Agency Rules. And they all follow the requirements of the APA (Administrative Procedure Act), formed in the year 1946. At the state level, the ULC (Uniform Law Commission) was also formed that year. Later in the year 2010, it became a model known as the MSAPA (Model State Administrative Procedure Act). It enables the effect of the decision-making of the new administrative bodies.

The best sector in the U.S. with many officials is the agricultural sector because it grows by the year and it attracts external bodies like the international.

The central panel is the ones that choose the administrative law judges, who become part of the executive bodies in rulemaking decisions, and they can hear both official and non-official disputes. They are not administrative judges. Their functions are to carry out determinations about questions of fact and law. They are to give authorities like subpoenas, issue rulings, administer oaths, e.t.c. And they partake in different agencies like the Social Security Administration, the U.S. postal service, e.t.c. In the U.S., the ALJ controls both the adjudication and bench trials, takes testimony, e.t.c.

The commissions or government agencies (central panel) make the administrative laws, which are also part of the executive bodies. Administrative law is of two types. They are;

#1. The Rules and Regulations

The rules and regulations are rules possible to govern the affairs of the country which the administration bodies need to follow to maintain peace and order for the growth of the economy. As the executive bodies create the administrative law, the country will become developed. If there are no laws or lawmakers in the economy, the violation of rights and other problems will occur, which will make the economy underdeveloped.

This is one of the types of administrative law where decisions are mostly for public service employees or government officials. They are known as ministerial decisions or administrative determinations, which are made for the enforcement of the improved rules or guidelines that give the authority to give information and utility of the goals within the economy.

The Functions of Administrative Law

Administrative law is a set of rules that the government creates to serve the economy, the executive bodies, and the bar. Here are their functions;

Examples of administrative law bodies are the FDA, EPA, e.t.c. They regulate the protection of individuals like the operation of the social security administration. These agencies get their protection from the rules so as to allow them to carry out their functions.

One of the examples of administrative law is that if there is a lack of food supply in the economy or a violation of human rights, they are the agencies entitled to solve each problem.

When it comes to dealing with the medical department or transportation, they are the officials for that and another body will not do the work. The way officials do their duties is by sectors, which are the boards, agencies, and commissions. They find ways to solve problems in their field, like the shortage of food. They can get professionals like the labor commissions, social security administration, unemployment commissions, e.t.c., to help in the agricultural sector. It is also part of the examples of law officials.

As the economy develops year by year, so does administrative law. The law covers both the official bodies and the economy as a whole (at the federal and state levels). Anyone that violates it, even though it is an official, will face the penalty. The origin of the law in the U.S. was in the year 1920, and it covers a wide range of government programs or policies. The law is broad and complex, some of it written and others not. To avoid violating the law, you can get to know their agent for assistance.

What is the main source of administrative law?

The main source of the law is the statute, which is from the Constitution. It is where the official bodies get their powers.

The president is the one that makes the administrative law and is from the executive body. The officials have the authority to create laws through Congress.

What are the types of administrative law agencies?

HOW TO CALL OUT OF WORK: Requesting for Leave of Absence  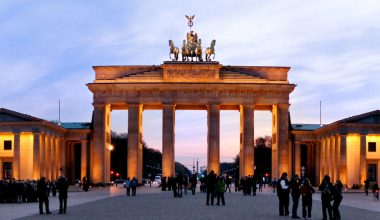 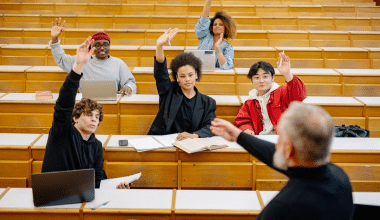 Read More
EEducation
Table of Contents Hide #1. Make Them An Essay Topic#2. Write Some Examples On The Wall#3. Turn Student…