The balance of trade (BOT) is the difference in financial value between a country’s imports and exports over a specified time period. Moreover, a trade surplus is indicated by a positive trade balance, whereas a trade deficit is indicated by a negative trade balance. Meanwhile,  BOT is a crucial factor in calculating a country’s current account. This article is designed for you to know the Balance of trade formula, Components, Types, importance, Example, Favourable, and what is the balance of trade.

The Formula for the Balance of Trade

The following is the formula for determining trade balances:

The value of imports is the price of products and services purchased from merchants in other nations.

US Balance of Trade

The US trading balance rose to a historic high of $73.3 billion in August 2021, above market expectations of $70.5 billion. Exports rose 0.5 percent to $213.7 billion, the highest level since May of this year, buoyed by nonmonetary gold and natural gas sales, while exports of vehicles and parts, civilian aircraft, grain, and tourism declined. Imports of pharmaceutical preparations, toys, games, organic chemicals, transportation, and travel increased by 1.4 percent to a new all-time high of $287 billion. The trade deficit with China has risen by $3.1 billion to $28.1 billion. The deficit with Canada grew by $1.4 billion to $5.1 billion, while the deficit with Mexico shrank by $1.9 billion to $6.6 billion.

Types of Balance of Trade

A favorable trade balance is a scenario in which a country exports more goods and services than it imports. It is an economic phrase that refers to the presence of a surplus in the country’s trade balance.

What Does a Favorable Trade Balance Mean?

The Balance of Trades is an economic metric determined by deducting the total quantity of imported goods from the total amount of exporting goods. This balance illustrates where the country stands in terms of commercial interactions with other countries. If the balance is favorable, the country exports more than it imports, and if it is negative, the opposite is true. However, a favorable trades balance is not always a good thing.

Based on the country’s economic dynamics and foreign trade policies.  Moreover, the positive balance produced by protectionism may diminish the country’s standard of life due to scarcity and high pricing caused by a lack of competition. A big negative balance, on the other hand, can undermine the country’s financial stability by causing its foreign currency reserves to deteriorate.

Components of Balance of Trade

Below are components of the balance of trade with an explanation of each component.

The current account is use to track the flow of commodities and services between countries. Moreover, this account records all receipts and payments for raw materials and produced goods.

It also comprises receipts from engineering, tourism, transportation, business services, stocks, and patent and copyright royalties. Once all goods and services are put together, the result is a country’s BOT

There are different types of international trade and transfers that take place. Trading, whether visible or invisible, unilateral transfers, or other payments/receipts are all possibilities. Trade-in goods between countries are as visible items, while trade-in services (banking, information technology, etc.) are invisible items.

Funds sent as gifts or donations to residents of other countries are unilateral transfers. This can also include personal transfers, such as money paid by relatives to family members in another nation.

The capital account additionally covers the flow of taxes, the purchase, and the sale of fixed assets.  And other transactions by migrants moving out/into another country. The current account deficit or surplus is in control using finance from the capital account, and vice versa.

Loans and borrowings – This category encompasses all forms of loans made in foreign countries by both the private and state sectors.

The financial account which is the last components of balance of trade. this tracks the flow of funds from and to foreign countries via numerous investments in real estate. Including business endeavors, foreign direct investments, and so on. Furthermore, Advances in foreign ownership of domestic assets and domestic ownership of foreign assets are track by this account. By evaluating these changes, it is possible to determine if the country is selling or purchasing more assets (like gold, stocks, equity, etc).

Example of the balance of trade

Close to  60 countries have a trade surplus, accounting for nearly half of all countries on the planet.

China is an excellent example of a country that has increased its trade balance despite being in the midst of a pandemic. Consequently, the pandemic caused global trade to contract, negatively impacting economies. Notwithstanding, this does not appear to have affected China, which not only revealed a trade balance but also saw a significant increase in the amount from the previous year.

Armenia is another example. it had a trade deficit of more than $200 million in 2019. In 2003, it had the greatest deficit of all time. This has been thought to be due to the country’s ongoing disputes with its neighbors.

Another example that has continuously reported a trade balance is the United States. It has almost never had a trade surplus.

In 2019, Germany is another example of a trade balance. They had the greatest trade surplus as measured by the current account balance. With Japan and China coming in second and third place, respectively. The United States, on the other hand, had the largest trade deficit. The United Kingdom came in second, with a large trade deficit, while Brazil came in third.

Importance of Balance of Trade

Reason for Importance of the balance of trade

The balance of trade data shows a country’s imports and exports of goods. As well as how it competes in the global marketplace.

Imports and exports can include both tangible and intangible goods. Luxembourg, a famous banking location, has one of the highest per capita service exports. Why? due to the international use of its banking system. Similarly, as a result of the international oil trade, Middle Eastern countries have stronger physical exports. However, a negative trade balance is a terrible sign for a country’s long-term economic health. but high export figures can be equally terrible for domestic trade. China, which has been a net exporter for a long time, has experienced several bouts of domestic inflation as cash goes into the country from all around the world.

When the internal supply of money rises rapidly, then the relative rise in pay. Then internal intake and demand can be temporarily stymied, resulting in recessions. Even so, in the long run, a country would choose to attract too many foreign export purchases than too few. because a negative trades balance cannot be sustained indefinitely. Furthermore, negative trade raises the prospect of high national debts or inflation from the central bank in order to maintain domestic currency levels. Making Use of the Information. That is it for the importance of the balance of trade

What Elements Influence the Balance of Trade?

These variables include monetary policy, population trends, and low domestic demand. Exchange rate policy and domestic supply-side measures, such as subsidies for state-owned businesses or export-oriented industries, may also be included. However, adjustments in tariffs had significantly less of an impact on trade balances.

What Is the Balance of Trade’s Alternate Name?

The term “balance of trade” can also refer to the commercial balance, net exports, or international trade balance.

What Are the Benefits of Trade Balance?

Many nations adopt trade laws that support a trade surplus. These countries desire to sell more goods and receive more capital for their citizens because they believe this will raise living standards and give domestic businesses a competitive edge.

Why Does the Balance of Trade Improve?

The net exports of a nation are determined by its exports less its imports and are consequently influenced by all the variables that influence global trade. These include trade policy, exchange rates, foreign currency reserves, factor productivity and endowments, inflation, and demand.

What Distinguishes Commerce From the Trade Balance?

Finally, it is clear that the trade balance is the difference between a country’s exports and imports.

What is the formula for balance of trades?

Balance of trades is the difference between the value of a country’s imports and its exports, as follows: value of exports – value of imports = balance of trade. NOTE: It’s important to use this formula just as it’s presented, without altering the sequence of values.

What are the three types of balance of trades?

What are the functions of balance of trades?

CONTINGENT IN REAL ESTATE: Difference Between Pending and Contingent in Real Estate

CONSTRUCTIVE DISCHARGE: What It Is 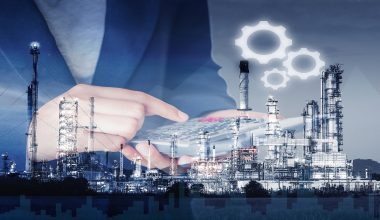 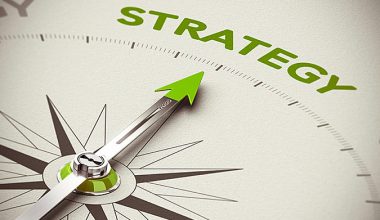