Can Undervalued Currency Boost an Economy?

By increasing net exports, aggregate demand, and production through the multiplier effect, currency depreciation is a key part of the Keynesian framework for economic development. The devaluation must be expansionary for this to be true, but it isn’t enough.

There is also a theoretical ambiguity about the net effect on output, which has yet to be tested experimentally. Universally, devaluations in South America and Asia appear to have contractionary effects. A fresh interest in country-specific research has emerged as a result of this trend.

Variables such as relative supply and demand for currencies, the economic progress of a nation, inflation expectations, and capital flows affect currency exchange rates vs other currencies.

Multiple variables, which are always changing, contribute to currency swings. Currency changes may have a substantial impact on a country’s economy, customers, and businesses. Accordingly, currency appreciation or depreciation will have a positive or negative effect on the economy, depending on the industry.

According to the Keynesian paradigm, currency depreciation supports economic growth by raising net exports, aggregate demand, and output through the multiplier effect. However, this is only a requirement for depreciation to be expansionary, not a sufficient one.

By increasing the price of imported products, a devaluation, for example, may compress the aggregate supply curve. Over time, it may harm aggregate demand by decreasing investment, which is a vital component.

Why Do Countries Undervalue the Currency?

It’s not news that there is an economic war between the US and China. Moreover, many people discuss that China intentionally undervalues its currency to increase its economy. As a result of recent attempts by China to stabilize and globalize the Yuan, it may not be worth it this time due to the volatility and dangers associated. In addition to that, China’s example can be an instance that perfectly describes Forex currency correlation with the economy, as long as currency actively impacts the country’s economic growth, inflation rate, interest rates, and so on.

Even though China has always denied weakening its currency, it has been accused time and time again, most notably by Donald Trump, of doing so to benefit its economy. Contrary to popular belief in China’s capital markets and labor markets, American officials have been urging the Chinese government to devalue the Yuan for years, saying that it gives them an unfair edge in international commerce while artificially lowering their costs for capital and labor.

Currency devaluations have impacted not only the citizens of the countries involved but have also had a ripple effect across the globe. Why do nations weaken their currencies if the consequences may be so widespread?

Import prices go up when the currency of a nation is weak. Expensive imports have a comparable effect on the economy because buyers prefer local alternatives to imported items. Overall, a decrease in the current account deficit (or increase in the current account surplus) leads to more employment and quicker GDP growth as a result. When the currency is weak, it has a favorable influence on the nation’s capital and property markets, which in turn increases domestic spending through the wealth effect.

Although a strategically induced currency depreciation does not always succeed, it can also lead to the outbreak of a “currency war.” It’s a scenario in which a nation counters a sudden national currency depreciation with another currency devaluation to gain an advantage. In addition to that, intentionally depreciated currency value affects stock prices. In some cases, because of the national currency’s depreciation, some of the stocks become undervalued. Undervaluation encourages stock investors and traders to buy undervalued stocks and in the long term see the benefits.

If one nation devalues, another will follow suit. A more common occurrence happens when both currencies have controlled exchange rate systems instead of freely floating exchange rates set by the market. It’s important to be aware of the harmful effects of currency depreciation, even if a currency war doesn’t break out in the short term. As a result of currency depreciation, imports of capital equipment and machinery might become prohibitively expensive. Despair in a country’s foreign exchange buying power is another consequence of devaluation.

Boosting exports is one of the primary reasons why governments undervalue their currency. Products from one nation must compete with those from other countries on a global market, and vice versa. Euro depreciation versus the dollar will result in a drop in pricing for the vehicles manufactured in Europe and sold in the United States. However, a stronger currency makes exports more expensive in overseas markets.

Also, exporters become more competitive in a global market by increasing their exports. In contrast, imports are discouraged. To be on the safe side, though, there are two factors to consider. A country’s export goods will be in more demand throughout the world as a result of the devaluation, which will result in a rise in the price.

It is predicted that exports will grow and imports will decline as the cost of exports falls and the cost of imports increases. It’s pretty unusual for the United States and other countries to have chronic shortfalls year after year. This may be done by devaluing the native currency.

However, there is a disadvantage to this approach. Debt burdens from foreign-denominated loans grow as a result of devaluation if they are priced in the native currency. Developing countries like India and Argentina, which owe a lot of money in dollars and euros, have a major challenge in this regard. Debt repayments, if they are set, become cheaper over time if the currency is weaker.

A government could have to pay $1 million in interest per month on its outstanding obligations, for example. It will be easier to finance interest if the value of the $1 million in hypothetical payments decreases. Devaluation of native currency to 50% of its initial value in our case will result in the $1 million debt payment only being worth $500,000 presently.

Use this approach with caution, once again. As most countries across the world owe money in some form or another, a currency race to the bottom might be sparked. Because it makes interest payments on foreign bonds more expensive, this strategy will also fail if the country in question has a high amount of foreign bonds on its balance sheet.

Why Is Harvard Business School One Of The Best In The World? 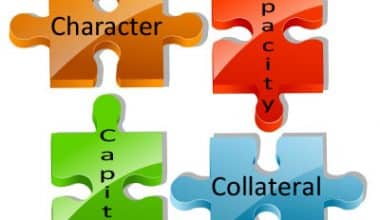 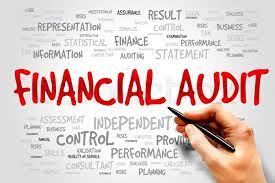 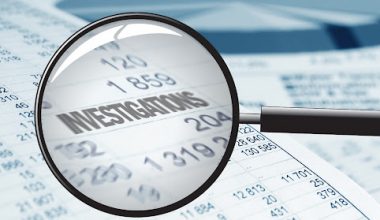