Before we get to discuss in detail the minimum wage in Colorado, there are a few things you should know about Colorado. These intriguing facts about Colorado will help you learn more about the Centennial State.

Colorado, which is located in the western half of the United States, has a long and interesting history. Denver, for example, is Colorado’s capital and most populated city. Coloradans, or more precisely Coloradoans, are the people of Colorado, while Denverites are the inhabitants of Denver.

Locals born in Colorado refer to themselves as natives, however, another historic group of Native Americans does as well.

In the state’s southwest corner, there are two big Native American reserves. They have two Indian casinos, the only ones outside of Colorado’s three main casino cities of Black Hawk, Central City, and Cripple Creek.

One thing is certain: there are lots of strange facts to discover about Colorado which is also another great place to be just like California.

What is the Current Minimum Wage in Colorado?

The minimum wage in the state of Colorado is set to be $13.65 per hour in 2023. Tipped employees are only allowed to deduct a maximum of $3.02 per hour from their tips in order to satisfy the requirements of the minimum wage. (For more information, refer to the Colorado Overtime and Minimum Pay Standards (COMPS) Order #38 as well as the 2023 PAY CALC Order.)

After the passage of Amendment 70, the minimum wage in Colorado was raised to $9.30 per hour, and it will continue to increase annually by $0.90 each January 1 until it reaches $12 per hour, which will take effect in January 2020. The minimum wage was initially set to increase to $12 per hour in January 2020. After that, it will be modified on a yearly basis to account for increases in the cost of living, as determined by the Consumer Price Index for Colorado. Employees who are already receiving the state or federal minimum wage are eligible to receive this additional minimum pay. Employees who routinely get tips are only allowed to deduct a maximum of $3.02 per hour from their tip income in order to avoid paying the lower minimum wage.

The minimum wage in Colorado is the lowest hourly rate that an employer can legally pay to an employee, regardless of whether they work part-time or full-time.

New Zealand was the first country to implement a minimum wage in 1894, followed by the Australian state of Victoria in 1896, and the United Kingdom in 1909, and other countries like the United States of America followed suit in later years.

The original motivation for establishing a minimum hourly wage for workers was to safeguard women, children, and non-unionized workers, enhance their standard of living, and combat poverty.

However, there have been counter-arguments that setting a minimum wage will raise the unemployment rate for low-paid workers but Colorado has a set of laws that governs its minimum wage.

In January 2020, the Colorado Department of Labor and Employment (CDLE) issued COMPS Order #36, which replaced Minimum Wage Order #35. When the law went into force in the spring of 2020, the CDLE made minor changes, primarily to address concerns that arose as employers adopted the law while dealing with the COVID-19 pandemic.

Although the bill makes numerous major changes to wage laws across the board, expanding coverage is one of the law’s two most significant reforms. Colorado’s Minimum Wage Orders applied to only four industries prior to COMPS Order #36: retail and service; food and beverage; commercial support services; and health and medical.

This implies that, as of the effective date of COMPS Order #36, a substantial number of Colorado employers who were previously exempt from the state’s overtime, wage and hour, meal period, and rest break rules must now comply with those laws, as well as others.

Starting on January 1, 2023, the COMPS Order #38 pay threshold will be much higher than the Fair Labor Standards Act (FLSA) salary threshold for exempt employees.

What Does the Colorado Minimum Wage Affect?

A rise in the minimum wage has a number of effects, not the least of which is greater compensation for employees.

The increased monthly minimum pay has an impact on other work benefits, such as the night shift allowance, whose value is determined by the minimum wage.

The same can be said for the minimal compensation awarded in discrimination cases.

It’s important to remember that minimum wage rules vary by county, city, and town. For example, the minimum wage in Denver, Colorado, is $12.85 per hour, rising to $13.65 per hour on January 1, 2023, and yearly increases depending on the Consumer Price Index after 2023. Check to see if any local wage regulations apply to you.

The current minimum pay for tipped employees in Colorado is $9.30. Minimum Wage – Colorado Department of Labor and Employment Employers must ensure that tipped employees are paid the regular minimum wage rate when the tipped wage rate is combined with gratuities collected in addition to this salary.

The employer must make up the difference if the tipped wage + tips do not meet the normal minimum wage threshold.

If an employee receives $30 in tips per month on a regular basis, they are entitled to the tipped minimum wage.

Employees may not be paid the tipped minimum wage if an employer deducts credit card fees from gratuities provided by clients using credit cards.

Colorado law, on the other hand, enables an employer to claim ownership or control of tips or gratuities if it gives the public adequate notice. If an employer publishes a printed card that is 12 inches by 15 inches in size in a public position that specifies that tips are the employer’s property and not the employee’s, the employer has given appropriate notice.

The overtime wage laws of Colorado are more advantageous to workers than the federal statute.

Employers are obligated by Colorado state wage legislation to pay each non-exempt employee an overtime payment of one-and-a-half times their regular hourly rate for all hours worked in excess of:

Employees paid a weekly salary or on some other non-hourly basis may have their “regular rate” calculated as their total pay divided by hours worked, as long as the income pays at least minimum wage for all hours in the workweeks with the most hours.

According to Colorado overtime rules, a company must pay its employees in the manner that provides them with the maximum advantage.

Consider the case of a worker who works three 13-hour days in a week for a total of 39 hours. Because the employee has not worked 40 hours, he is not eligible for overtime under Colorado overtime standards’ first approach.

What is the Average Wage in Colorado?

The typical pay range for an Average job is quite wide (as much as $23,017), implying that there may be numerous prospects for promotion and higher income depending on skill level, location, and years of experience.

The typical pay range for an Average job is quite wide (up to $23,018), implying that there may be numerous prospects for promotion and higher income based on skill level, location, and years of experience.

The hourly rate that an individual in a household must earn to maintain himself and his or her family is shown as the livable wage.

Regardless of how many dependents a person has, the state minimum wage is the same for everyone. Visit here to calculate the living wage in Colorado.

If you own a small business in Colorado, you should be aware of the state’s minimum wage and starting pay.

It is critical to keep up with minimum wage standards. It assists you in developing a better business plan for the future. You also keep track of planned changes to ensure you’re up to date.

Is the current minimum wage in colorado a living wage?

Yes, the current minimum wage in colorado is a Living wage.

What is the average wage in colorado?

The average wage in colorado for the Average employment category is $63,026 per year as of September 24, 2023

What is living wage colorado?

The hourly rate that an individual in a household must earn to maintain himself and his or her family is shown as the livable wage.

What is the Tip minimum wage in Colorado?

The current minimum pay for tipped employees in Colorado is $9.30. 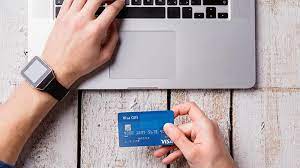