Analyzing a company’s debt position can be helpful in determining whether the company is using debt to drive business growth, which, in some cases, is beneficial for this company. Where danger may lurk is when a company takes on more debt than it can handle. Therefore, measuring the company’s ability to meet its interest payments, or understanding when payments are due, can have a significant impact on the cash flow of the business.

The first and most common type of short-term loan is a company’s short-term bank loan. These types of loans appear on a company’s balance sheet when the company is in need of quick funding to meet its working capital needs. It is also known as a “bank plug”, as a short-term loan is often used to bridge a gap between longer financing options.

Another common type of short-term debt is business debt. This liability account is used to keep track of all outstanding payments to third-party providers and interested parties. When a company purchases a machine for $ 10,000 in short-term credit payable within 30 days, the $ 10,000 is classified as a liability.

Commercial paper is unsecured short-term debt that is issued by a company and is generally used to fund accounts receivable and inventory and to cover short-term liabilities such as payroll. Its maturities are rarely extended by more than 270 days. Commercial papers are usually issued at a discount from face value and reflect current market interest rates. They are useful because these liabilities do not need to be registered with the SEC.

Lease payments can sometimes also be recorded as current debt. Most leases are considered long-term debt, but there are leases that are expected to be repaid within a year. For example, if a company signs a six-month lease for office space, it is considered short-term debt.

Financial analysts often use a variety of financial metrics to examine a company’s debt liability and determine how financially sound the company is. Two commonly used metrics that focus on a company’s short-term debt obligations are the current metric and the working capital ratio.

A current rate of 1.0 indicates that the company’s cash and cash equivalents are roughly the same as its current liabilities. A ratio greater than 1.0 indicates that your short-term assets are more than sufficient to meet your current debt obligations.

The working capital ratio is the total of short-term assets minus short-term liabilities. Any positive number indicates that a company has capital in excess of what it needs to pay off its short-term debt.

Short-term debt financing generally applies to money that is required for day-to-day business operations, e.g., for the purchase of stocks, deliveries, or the payment of workers’ wages. Short-term debt financing is known as a business loan or a short-term loan because the scheduled repayment takes less than a year. A line of credit is an example of short-term loan financing. Lines of credit are often also secured by assets (or guarantees).

Short-term debt financing is often used by companies that tend to have temporary cash flow problems when revenues are insufficient to cover ongoing expenses. Startups are particularly prone to cash flow management problems.

Credit cards are a popular source of short-term finance for small businesses. In 2017, 59% of small business owners used credit cards to finance themselves, according to a study by the US National Small Business Association

Making a Short Term Investment IS ONE smart way to clear a debt.

Pros and Cons of Short-Term Debt

Below are the pros and cons of Short Term Debt:

Short-term lenders often have looser approval requirements than traditional banks or SBA loans. This gives borrowers with bad credit access to much-needed sources of capital. For businesses excluded from the conventional credit market, a short-term loan is often a lifeline.

#2. Gets approved in just a few hours or days

Companies with immediate capital needs can usually obtain short-term loans within a few hours or days. This is in stark contrast to many traditional lenders, who often take weeks or months to close a deal.

#3. Fast payment plans of no more than 18 months

Short-term loans, by definition, have a finite duration, typically between three and 18 months. This means your short-term debt will be cleared from your books quickly, which is always comforting.

The documentation requirements are much looser – account statements often only for a few months. Busy entrepreneurs (or anyone who has gone through the tedious process of obtaining traditional bank finance) will appreciate this difference. By securing capital through a streamlined process that requires minimal paperwork, business owners can focus on day-to-day operations instead of getting bogged down in financial details.

You are getting a short-term loan because you need the money. If your cash flow is really low, there is a risk that you will not be able to make payments on this loan. This may mean that you need another loan to make up for the original payment. You don’t want to get caught in a common and painful debt trap.

The easy availability and convenience of short-term loans often lead borrowers to go for them when they need some cash. While this is definitely handy, you may be spending more than you can afford (or wasting money if you could otherwise qualify for a lower-term loan).

Analyzing short-term debt or financing is a great way to check the liquidity of a company that you like. As we’ve seen, it’s easy to look at short-term debt, and once you understand the accounting terms, it makes a lot more sense.

A company’s short-term debt encompasses more than the loans a company takes out to get it from point A to point B. Includes taxes, liabilities, and dividends.

What is a Gold Loan?

It is a secured loan from a lender by pledging gold objects (within the range of 18-24 carats) as security. Based on the current market value and quality of gold, the loan amount is a percentage of the gold, often up to 80%.

What is short term debt example?

Why is short term debt better than long-term?

A short loan term allows you to obtain the funds you require more quickly. To obtain a long-term loan, on the other hand, you must frequently request a large sum of money. The lower loan amounts make it easier to repay the loan and get out of debt sooner.

5 Efficient Tips for Retaining Employees and Boosting Your Business’ Success 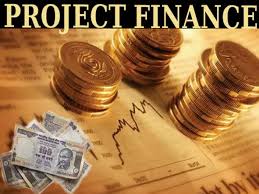 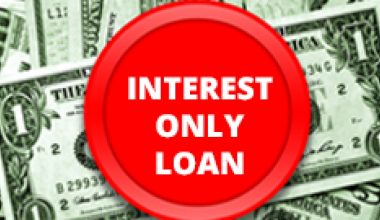