In the United States and Texas, the minimum wage is currently $7.25 per hour. In most cases, this means that a company must pay an employee at least $7.25 for every hour they work.

During the Great Depression, the federal minimum wage was established in 1938. The purpose of establishing a wage minimum was to stabilize the economy. Also, ensure that all workers, including those who were not members of labor unions, could afford basic requirements.

Employees who receive enough compensation are better able to live a decent life. Minimum wage rules are also seen as vital to safeguard employees from exploitation by shady businesses. Minimum wages are actually greater in some localities than those set by the federal government.

What is Minimum Wage?

The minimum wage is the lowest rate at which labor can be employed, as determined by collective bargaining. The rate can be defined by the amount, the time period (hourly, weekly, monthly, etc. ), and the scope of coverage. Employers may, for example, be allowed to credit tips received by employees toward the legal minimum wage.

In the 1890s, Australia and New Zealand introduced the modern minimum wage, as well as mandatory arbitration of labor disputes. In 1909, trade boards were established in the United Kingdom to determine minimum pay rates in specific trades and industries.

The original minimum-wage law in the United States, adopted by the state of Massachusetts in 1912, only included women and children; the first statutory minimum-wage regulations were implemented nationally in 1938. The goal of these rules was to reduce working hours and boost income in the industries affected.

Minimum-wage regulations are presently in place in over 90% of the world’s countries, however, the laws vary widely. In the United States, for example, the minimum wage in Texas, in addition to a defined federal minimum pay, differs from the minimum wage in California

The minimum wage in Texas for 2022 is $7.25 per hour. The current Federal Minimum Wage rate is the same as this. In Texas, the weekly minimum wage is $290 for 40 hours worked per week.

In Texas, the minimum wage applies to the majority of employees. Although there are a few exceptions such as student workers, tipped employees, and other exempt occupations.

Because Texas does not have its own minimum wage policy, it follows and refers to the federal minimum wage rate.

The minimum wage in Texas, like in all other states, is tied to the Consumer Price Index. Unless you or your occupation is specifically exempted from the minimum wage under state or federal law.

Texas employers should not pay their employees less than $7.25 per hour under the Federal Minimum Wage regulation.

State regulations vary on whether a company is required to pay the full minimum wage or can use an employee’s tips to meet its minimum wage obligation. Employers may pay tipped employees less than the minimum wage under federal law and in most states, as long as they earn enough in tips to cover the difference.

All companies in Texas are obliged by the Texas Labor Laws and the Fair Labor Standards Act (FLSA) to post an approved Texas Minimum Wage poster, as well as other Texas and labor law posters, to ensure that all employees in Texas are informed of Texas and Federal labor laws and overtime requirements. Employers who fail to post the wage in Texas Labor Law posters in their workplace face stiff penalties.

All employees who work more than 40 hours in a week are entitled to a minimum wage of at least 1.5 times the usual applicable minimum rate, according to the Texas state overtime minimum wage rule.

All employees working in Texas are granted reasonable overtime compensation for all qualified overtime hours performed under the Fair Labor Standards Act.

Special minimum wage rates are applied to certain types of workers under the federal Fair Labor Standards Act, in addition to any other minimum wage exclusions imposed by Texas Labor Laws.

You may be compensated under the Texas minimum wage rule if you fall into one of the following categories:

Texas has a lengthy history of immigration, with Mexicans accounting for the majority of newcomers. Immigrants now make up one-sixth of the state’s population and contribute to the local economy in a variety of ways.

Moreover a third of the workers in construction, one of the state’s largest and fastest-growing businesses, are immigrants.

Undocumented workers have the same salary and hour entitlements as normal employees in most cases.

These regulations guarantee you a minimum wage, overtime pay, breaks, tips, and other forms of compensation.

If you work for an hourly wage, you may wish to calculate your earnings by yourself to ensure that your weekly paycheck is accurate. You only need to know your hourly pay rate and the number of hours you work in general. Other factors, such as state and federal taxes, may also be relevant. If you get tips as part of your pay, you’ll need to do something a little different.

Is there a Plan to Raise the Minimum Wage in Texas?

While there are no laws in the works to modify the Texas minimum wage, there are many advocating for one. Democrats, labor groups, and activists in Texas want to raise the state’s minimum wage to $10.10, and eventually to $15.

There are also some proposals on the table that would allow Texas local governments to determine their own minimum wage. Cities like Austin, Dallas, Houston, and San Antonio are likely to benefit from this.

How should Small Company Owners Prepare for a Possible Hike in the Texas Minimum Wage?

Although there hasn’t been a minimum wage rise in Texas yet, it’s a good idea to be prepared in case there is one in the future. Here are a few possibilities for you to consider:

Examine your cash flow in-depth and develop a hiring strategy that you can afford. In some circumstances, hiring temporary labor on an as-needed basis may be less expensive than hiring full-time regular staff.

#2. Make sure you hire and retain the proper people:

Replacing an employee is expensive. When you acquire and then retain good people, you reduce the entire cost of recruitment and training. Look for applicants who have a proven track record, come highly recommended, and fit in with the corporate culture. Once they’re onboarded, make sure you create a relationship with them and provide opportunities for advancement; this increases the likelihood that they’ll continue in their role and increases your employee retention.

This is an excellent approach to increase your cash flow. Customers are rarely pleased with price increases but remember that your competitors will be obliged to do the same. Just keep an eye on trends and don’t raise your rates too much.

Consider automating certain portions of the labor (such as payroll) and finding ways to cut production expenses.

As usual, we recommend that you address any potential changes to the Texas minimum wage, paid family leave legislation, and Texas payroll taxes with your professional accountant and lawyer to ensure your firm is prepared and stays in compliance (such as by obtaining an EIN).

In Texas, a $15 minimum wage would help ensure that more low-wage workers are paid enough to meet basic living expenditures, i.e., pay that provides a modest but decent quality of living.

FAQs about minimum wage in Texas

For the year 2022, the Texas Minimum Wage for all non-exempt employees working in the state of Texas is $7.25 per hour.

How much will I make working a minimum wage job in Texas?

What is Texas 18 minimum wage?

All businesses in Texas are required to pay 18-year-olds and minors the youth minimum wage of $4.25 per hour for the first 90 days of their employment.

What is the overtime minimum wage in Texas?

Cheap Domain: 10 Best Sites To Register Domains In The UK 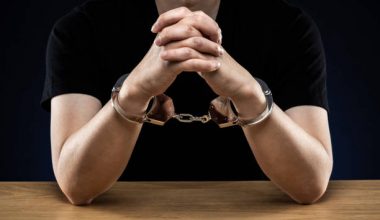 Read More
PPersonal Finance
Table of Contents Hide Understanding EmbezzlementHow Does Embezzlement OccurHow to Get Out of Embezzlement Charges#1. Counter the Evidence#2.…