Home WHY DID NOKIA DISAPPEAR? The Missing Tracks
BBrand stories

WHY DID NOKIA DISAPPEAR? The Missing Tracks

Nokia had recorded and has been regarded as one of the bestselling mobile phones of all time. It surprisingly adapted to various business changes, coming around one storm or the other. The brand’s strength was second to none at that time, as its competitors gained no firm ground in the mobile phone industry. But the disheartening question now is why Nokia disappeared from the marketplace.

How Nokia lost its market grip suddenly remains a shocker, and the reason for its loss is still a bit more mysterious. This brand was a progenitor in the telecommunication industry, being the first to explore and introduce technical advancements in the smartphone market.

Unfortunately, Nokia’s failure was its own undoing. Its wrong decisions added to its failure.

What actually caused the demise of this one-time exceptional brand? It is crystal clear that Apple and other modernized I.T companies killed it, but then Nokia made themselves highly susceptible to attack leading to their sudden collapse.

The above reasons asides from others are the major influencers of Nokia’s disappearance, making their market position drop down to zero. Well, from my research, Nokia seems to do well technically, and there could be some sort of restoration if it earnestly begins to right its wrongs.

With the risks revolving around the market space, there’s a need to be conscious and cautious of decisions. No brand wants to represent Failure in the business world.  Therefore, below are four fatal business mistakes to avoid:

This sounds unbelievable, but it is one big business mistake you should avoid. One secret; hiring professionals to break your business edge for creepings to crawl in. When you hire an expert, you are indirectly hiring a competitor for your brand. In business dealings, you should have both foresight and hindsight to secure your brand. It is advisable and of huge profit, when you hire inexperienced people with strong determination and enthusiasm to achieve great wins. This way, they grow with your brand and become inbuilt strategic growth facilitators for your business.

Marketing has always been one business strategy that has helped build and sustain business growth levels. Marketing can apply in different forms. They include; offline marketing, internet marketing, and referral marketing. It is best to know which form of marketing suits your business and target consumers. Avoid the mistake of ignoring your marketing voice. Never assume marketing isn’t relevant in boosting your business. NEVER assume your target audience can find you or your brand without strategic marketing.

#3. Venturing into other businesses at a premature stage:

It is simultaneously exciting and adventurous to dive into other businesses, but doing so at the premature stage of your initial business plan leads to the destruction of your brand in its entirety. Stick to the objective of your business, learn from it, grow with it, and make it work before thinking of other businesses.

Read More: Mistakes you Should Avoid as a Start-up Entrepreneur.

#4. Leaning On Your Own Understanding

This is one mistake business owners of large-scale and small-scale enterprises make. Before even bringing the business idea in your head to fruition, make inquiries, and seek advice from successful business tycoons who are dealing with the same business idea you have. Do not assume you know it all and are capable of handling whatever comes your way. Get a business mentor to teach and guide you on all that is necessary.

Microsoft learned from Nokia’s mistakes and changed its culture

Satya Nadella succeeded Bill Gates and Steve Ballmer as the current CEO of Microsoft in 2014.
Satya’s most significant contribution to Microsoft was a revolution in the company’s culture. His duty as CEO, he says, is to foster a culture that emphasizes listening, learning, and leveraging individual passions and abilities. Satya also emphasized the importance of employee empowerment in Microsoft’s culture.
The importance of company culture cannot be overstated. In truth, company culture is a significant role in the development of a firm’s ability to compete and succeed.

The culture of a company begins at the top and spreads to the bottom. Mission, values, environment, ethics, expectations, overall mood, and goals are all part of it. However, until the company’s leadership genuinely accepts them, they are nothing more than lovely but meaningless phrases. Leaders must be role models for their staff and embody the company’s ideals.

Nokia’s culture of status has resulted in an atmosphere of shared anxiety which influenced how staff were interacting with each other. The human aspect was added to economic and structural variables and combined they have established a state of “temporal myopia” that impeded Nokia’s ability to develop. Employees complained that top managers and directors were no longer abiding by Nokia’s fundamental principles of Respect, Challenge, Achievement, and Renewal. This study points out the paramount relevance of shared sentiments among employees and their tremendous impact on the company’s competitiveness.

What happened to Nokia now?

The Nokia brand is now controlled by HMD Global a company founded by former Nokia employees that released a line of smartphones in 2017. The company still manufactures hardware and is involved in the roll-out of the 5G wireless network, among other things.

Why is Nokia dead?

So the company decided to pivot away from consumer hardware and pivoted to mobile software and cloud applications as a whole. The company wrote off the Nokia acquisition and decided to pull itself out of the smartphone industry, admitting defeat to Apple and Google. And by all accounts, Nokia was dead.

When did Nokia failed?

Nokia’s demise from being the world’s best mobile phone company to losing it all by 2013 has become a case study discussed by teachers and students in business management classes.

In 2014 Nokia sold its mobile and devices division to Microsoft. The creation of Nokia Networks, following the buy-out of joint-venture partner Siemens in 2013, laid the foundation for Nokia’s transformation into primarily a network hardware and software provider.

APPLE BRAND AND LOYALTY: Creating a Brand the Apples Way 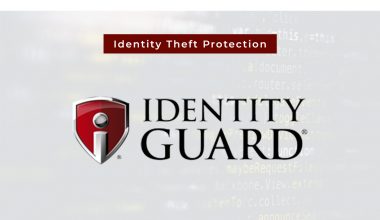