Why Nokia failed and 4 ways to protect your business

Why Nokia failed has been a hard nut to crack but with a lot of lessons on 4 ways to sustain your business that you easily might take for granted like the Nokia giant. Nokia was recognised as the king of phones but not until the evolution of smartphones began. This article isn’t centred alone on why Nokia failed, it also would show you 4 easy ways to sustain your business that Nokia neglected.

Nokia was the most valuable phone brand like what the Apple brand is today. It takes a lot to get to the top but it takes more to stay at the top. Studying the market disruption in the mobile industry that was pioneered by blackberry, there are majorly 4 reasons why Nokia failed. The same reasons brought the blackberry brand down and other top brands. Below are the business mistakes that reveal why Nokia failed and 4ways to sustain your business against these mistakes.

It’s easy to feel relaxed when you are dominating the market. Competition, not monopoly is what makes a brand ruthless in its market dominance. In an open market controlled by the forces of demand and supply, complacency is your biggest enemy.

Here is the lesson, No matter your market positioning and how much of the market share you have, you must understand that business somewhere, somehow, is making plans to disrupt and take your market share. It doesn’t matter if you’re enjoying a monopoly. This is the major reason why Nokia failed. When you have come to the top it’s important you start leading with innovations that make new market entrance almost impossible.

Another reason why Nokia failed was a lack of foresight. When Nokia got to the top, they were more interested in building an ecosystem and collaboration within their mainstream platform just like what google had successfully done with their android ecosystem.

There move was right but their platform was the problem. This is like building a massive structure on a sinking soil. The era of Java mobile apps was just phasing out but they couldn’t see it. This is like climbing a ladder leaning on the wrong wall. Once the platform was phased out by market disruptions, their whole ecosystem collapsed.

Here is another lesson on why Nokia failed.

Going forward is not enough in business, it’s going forward in the right direction that’s important. The direction is more important than speed. Get your compass right before accelerating with speed.

There is every logical reason for Nokia to partner with Microsoft. They joined the leading operating system when it comes to computers. If people loved it on computers, they would surely love it on phones. This singular assumption contributed to why Nokia failed.

Nothing kills a business like a wrong partnership. Windows phones were different likewise iOS phones. What was the difference? Market acceptance. Apple built a brand that made customers believe they were buying more than a phone. They were buying quality value, class, and prestige thus, their prestigious pricing. Nokia started its recovery process with its freedom from the partnership.

Here is the lesson, not all partnerships are valuable in business, consider partnerships based on strengths and weakness, opportunities and threats it can bring to your business. Another lesson is that the assumption is not enough, data-based decisions are more important in pivoting a business.

First-mover strategy pays off so much though not without its own disadvantages as I wrote in my last post on first-mover strategy: the success secret of American businesses. Nokia reaped of the enormous benefits of a first-mover in the mobile space but when disruption happened in the industry, the least they could have done was to follow fast on the new market leaders.

Read Also: How to follow fast with the fast-follower strategy [with case study]

The first mover is to be the first to penetrate a market, first to start an innovation or first to introduce something new to the market or even create an entirely new market. Fast follower strategy is simply to copy what others are doing and making it better or taking it to a place it has never been. Why Nokia failed to apply this could be their desire to cause a more disruption that will gain them back their market share of simply a lack of finance and technical advantage required to fast which led to the partnership with Microsoft.

Here is the lesson to learn.
In business, be flexible enough to make changes. Grow big but remain small enough to make changes when needed. Big businesses lack the speed of execution due to the numerous gap in the management ladder from top-level managers to lower-level managers. Be small enough to be fast in making changes. This is one of the reasons small businesses disrupt the market before big businesses realize what is happening. This contributed as well to why Nokia failed.

Why you need a mentor as a startup.

How To Conference Call On Android for Business 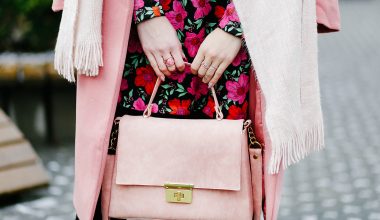 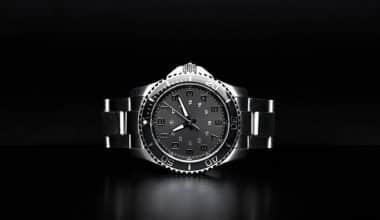