Home U.S. Army Logo: What is the US Army Logo?
BBrand stories

U.S. Army Logo: What is the US Army Logo?

The origins of the traditional United States Army emblem can be traced back to the American Revolution (1775–1783). It appeared as a “seal” to be used on official documents. Although it is difficult to determine when the seal was first used, most historians believe it was sometime in 1778, so that year is considered the birth year of the U.S. Army logo.

But that’s not all, so this article will cover all you should know about the U.S. Army logo, including its history, meaning, and evolution.

Despite the numerous military resistances that occurred during the country’s formative years, the authorities saw no need for a standing US Army. As a result, at the end of the war, members of the Continental Army were issued land certificates, and the army was disbanded. Such behavior reflects distrust and even fear of the republic’s permanent military structure.

As a result, the state militias became the representatives of the new country’s sole ground force. However, due to the long-running conflict with the indigenous population, it became clear that the country required a consistent and well-trained force. The US Army currently consists of ten active divisions, one mobile headquarters, and several separate units. It grows and contracts as it becomes strategically necessary.

The basic US military force’s identity is an excellent example of resilience, resistance, and loyalty. It has remained largely unchanged for many years, surviving the Indian Wars, Mexico Incursions, and two World Wars. The only changes were in the inscriptions: the phrase “War Office” was replaced by “Department of the Army” in 1947, and the date “1775” was added.

In 1775, the roundel shape was used to create a key military symbol for the United States. This shape has stayed the same for hundreds of years. It has a central section surrounded by a circle of lines and a wide strip with the names of the groups and the year they were started written on it. As a result, the bald eagle serves as the country’s main historical figure and a national treasure in the center of the seal.

His head is proudly turned to the left in profile. A long, fluttering gold ribbon with the Latin inscription “E PLURIBUS UNUM” hangs from the bird’s beak. The wings are spread wide open as if to show the extent of the protected area. Thirteen silver arrows and a branch of a laurel tree with leaves and fruits are held in the eagle’s powerful paws. The open tail of the formidable amulet of American lands lies between them.

The state flag is placed on the bird’s body below the line of the white head. Furthermore, its wide blue stripes are on top, and its narrow white-red stripes are on the bottom. The stars represent the states and are gathered above the eagle’s head in a curly circle in the shape of a flower. They are set against a blue background with a golden space in between, surrounded by a white border.

A green circle outlined with a yellow line serves as the foundation for all these elements. Following it is a broad black stripe with the words “United States” (above) and “Army” (below), separated by eight five-pointed stars, four on each side. The stroke is followed by two middle lines and one thin (inner) line (outer).

The modern emblem debuted in 2001 and was quickly adopted. Leo Burnett Worldwide, a professional advertising agency, was commissioned to create it. Because the designer chose both clear and symbolic signs, it turned out to be both flexible and brief. The logo is made up of two separate parts that are in different geometric shapes.

In the center of the black triangle is a white star with black and yellow edging. It has rounded corners and a yellow edging with a black duplicating strip that runs the perimeter length. The words “US Army” can be seen in the horizontal rectangle below. All capital letters are white and chopped. The letters “U,” “S,” and “R” have rounded corners and appear geometric. The lettering shares the star’s background and border.

Army symbols are inherent signs of statehood. The bald eagle, which stands for the United States and is its mascot, a laurel branch, silver arrows, a flag, and five-pointed stars are some of the symbols. The US Army logo comprises a single star with double edging and sharp beams.

Machine Medium is the typeface used for the inscription. It was created by the graphic design duo Ronne Bonder and Tom Carnase. NFL Dolphins is the closest free-font match.

The signature colors of the emblem are black, gold, and white, which are also the official colors of the army. Camouflage green is used in the logo to complement them.

Does The U.S. Army Accepts Non-Citizens As Members?

Foreigners who are legally living in the United States and have an Alien Registration Card from the Bureau of Citizenship and Immigration Services are the only ones who can join any branch of the U.S. military.

Candidates must be between the ages of 17 and 35, be morally and physically fit, and have excellent communication skills in English.

Foreigners trying to get into the United States may not get any help from the military.

Any questions about immigration to the United States should be directed to the US Embassy. They can’t say yes to a request to join until all of the candidate’s immigration issues are taken care of, and he or she is legally living in the country.

What Is The U.S. Army’s Logo

We know the ground service component of the US military as the US Army (USA). The U.S. Constitution refers to it as the Army of the United States and lists it as one of the eight uniformed services of the country.

The color black symbolizes resolve and consistency. Success, honor, and dignity are all represented by gold.

We know the ground service component of the US military as the US Army (USA).

The Roman cuirass, which serves as the primary component of the seal and the emblem, represents power and protection. Examples of Army implements include the sword, esponton (a half-pike formerly used by subordinate officers), musket, bayonet, cannon, cannonballs, mortar, and mortar bombs.

The drum and drumsticks are symbols used to notify the public of the purpose and intent of the Army, which is to serve the nation’s people. The Phrygian cap, also known as the “Cap of Liberty,” is a symbol depicted on some American colonial flags.

The Phrygian cap is supported on the point of an unsheathed sword, and the motto “This We’ll Defend” is written on a scroll held by a rattlesnake. This symbol represents the Army’s constant readiness to defend and preserve the United States.

The meanings of the components of the emblem are the same as those of the seal, except for the differences and additions that are outlined in the section titled “Description” above: The colors used in the design elements are those that have historically been connected with the principles upheld by both the United States of America and the United States Army. The flags are shown here in the officially recognized color palettes. Blue is associated with truthfulness, fidelity, vigilance, and perseverance.

The color red is associated with bravery, zeal, and resolve. White alludes to actions that are worthy of being remembered. The color black is associated with steadfastness and determination. Gold is a symbol of success in addition to dignity and honor.

This “War Office Seal” is used even now when legal certification is required to authenticate as “official” documents and records held by the Department of the Army. This practice dates back to World War II.

Zero-allowed alterations can be made to the blueprint. It is possible to reproduce it either in its original colors by employing a process that uses only one color or as a line drawing. Only those who have permission from the Institute of Heraldry can use the emblem for other purposes, including its incorporation in other items that are offered for sale in the marketplace.

What Are The 4 Types Of Army?

The Department of Defense (DOD) is the home of the Army, Navy, Air Force, and Marines. A civil servant chosen by the President to lead the DOD is called the Secretary of Defense.

What Does The Star Mean In The U.S. Army?

The design of the star is based on the white stars painted on American military vehicles during World War II. White stands for saltpeter, yellow for sulfur, and black for charcoal, the three components of gunpowder.

Hope has arrived with the arrival of the American Army. The white star was first intended as a vehicle for anti-fratricide marking, but it quickly became America’s national emblem.

This sign represented both America and the Allies throughout World War II.

What Are The 13 Ranks In The Army?

When Did The U.S. Army Stop Using White Star?

This plan called for the blackening or, more frequently, removal of the white stars and registration numbers that were previously easily seen in automobiles. Different combinations of four colors were tested.

How do I locate the home address of a certain serving or retired member of the US military?

You must request military addresses to the relevant branch of the person whose address is needed. The Privacy Act of 1974 and military regulations prohibit military departments from disclosing service members’ email addresses, residential addresses, or phone numbers. Furthermore, it is against the law to disseminate lists of service members’ names and addresses randomly.

What family services are offered by the Army?

Where can I find the National Guard?

Over 1,832 units of the Army National Guard are spread throughout 2,700 localities in 54 states, territories, and the District of Columbia. Each state’s armed forces are distinct, with a wide range of people, armories, and training facilities.

HOUSE STAGING: How to Prepare Your Home for Quick Sales 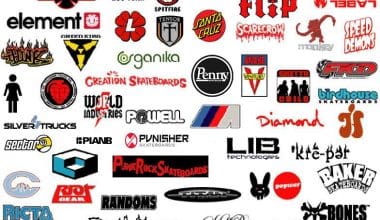