The Coca-Cola history like every other history is a compendium of testimonies of birth and growth. The Coca-Cola drink was established in Atlanta, on May 8, 1886, by a U.S pharmacist, John S. Pemberton. His bookkeeper, Frank Robinson gave it the name “Coca-Cola” and was penned beautifully in his flower-like font script which is still in use today. The drink came up for the sole purpose of relief and relaxation from exhaustion and has since been able to fulfill its purpose duly. Asa Griggs Candler marketed the Coca-Cola drink with his marketing tactics. Consequently, this led to Coca-Cola’s dominance in the beverage market throughout the 20th century to date.

What was the original use of Coca-Cola?

It would interest you to know that the original intent of the Coca-Cola drink was medicine for temperamental patients, and hence its nickname, nerve tonic.

For over 130 years in history, the Coca-Cola brand continues to be a pacesetter for other beverage brands in the world. Its story has been an epic one, which this generation will tell the unborn one.

Frank Robinson, Pemberton’s bookkeeper, came up with the term Coca-Cola as a recommendation. The name Coca Kola was easy to come up with because the syrup’s recipe called for coca leaf extract and caffeine from the kola nut. Robinson, who was known for his impeccable calligraphy. However, believed that utilizing two Cs in the name would stand out in advertising. As a result, kola was renamed cola, and the brand was formed. Robinson is also credited with designing the first scripted “Coca-Cola” logo. Which has the flowing letters that are still used today.

An Overview of Presidents Who Have Been Impeached

On May 8, 1886, the soft drink was initially sold to the general public at the soda fountain in Jacob’s Pharmacy in Atlanta. Each day, about nine servings of the soft drink were sold. The overall sales during the first year were around $50. However, Pemberton’s first year of the company was a failure, as the drink cost him over $70 in expenses, resulting in a loss.

Pemberton sold the Coca-Cola recipe to Asa Candler, an Atlanta pharmacist and businessman, for $2,300 in 1887. Pemberton, unfortunately, died only a few years later. Coca-Cola had become one of America’s most popular fountain drinks by the late 1890s, thanks in large part to Candler’s aggressive marketing. Between 1890 and 1900, the Coca-Cola Company expanded syrup sales by almost 4,000 percent under Candler’s leadership.

While the Coca-Cola Company denies this, historical evidence suggests that the soft drink. Which was promoted as a tonic until 1905, may have contained cocaine extracts as well as the caffeine-rich kola nut. While cocaine was not made illegal until 1914, according to Live Science, Candler began removing cocaine from the recipe in the early 1900s, and traces of cocaine may have remained in the famous drink until 1929 when scientists were able to perfect the removal of all psychoactive elements from the coca-leaf extract.

Coca-successful Cola’s sales were aided by advertising, and by the turn of the century, the drink was available across the United States and Canada. Around the same time, the company started supplying syrup to independent bottling companies who were authorized to market the beverage. Even today, the soft drink business in the United States is organized around this principle.

Death of the Soda Fountain; Rise of the Bottling Industry

Small-town and big-city residents alike enjoyed carbonated beverages at the neighborhood soda fountain or ice cream saloon until the 1960s. The soda fountain counter, which was frequently located in a drugstore, functioned as a gathering spot for individuals of all ages. The soda fountain, which was sometimes associated with lunch counters, fell out of favor as commercial ice cream, bottled soft drinks, and fast-food restaurants grew more popular.

The Birth and Death of New Coke

On April 23, 1985, the trade secret “New Coke” recipe was introduced in response to falling sales in the cola market due to increased competition. The new recipe, on the other hand, was a flop. Coca-Cola enthusiasts had a negative, even hostile, reaction to the new recipe, and the original cola that had grabbed the public’s hearts and tastes returned within three months. With the new Coca-Cola, Classic branding comes the restoration of the traditional cola taste. New Coke remained on store shelves until 1992 when it was renamed Coke II before being phased out in 2002.

Coca-Cola is a publicly-traded Fortune 500 business with yearly revenue of more than $41.3 billion as of 2017. The corporation employs 146,200 people, and its goods are consumed at a daily pace of more than one billion beverages.

Advertising Efforts: “I’d Like to Buy the World a Coke”

The Coca-Cola Company and its advertising firm, McCann-Erickson, stopped their popular “Things Go Better With Coke” campaign in 1969, replacing it with “It’s the Real Thing.” Beginning with a smash song. The new campaign featured one of the most well-received advertisements in history.

Bill Backer, the creative director for the Coca-Cola campaign, wrote the song “I’d Like to Buy the World a Coke.” As he explained to Billy Davis and Roger Cook, composers, “I could envision and hear a song in which the entire globe was treated as if it were a person that the singer wanted to help and come to know. I’m not sure where to begin the lyric, but I know the ending phrase.” “I’d like to buy the world a Coke and keep it company,” he said, pulling out the paper napkin on which he had penned the statement.

“I’d Like to Buy the World a Coke” was distributed to radio stations across the United States on February 12, 1971. It was a complete failure right away. The Coca-Cola bottlers despised the commercial and refused to buy it airtime. The public paid no attention to the commercial when it was only played a few times. McCann was persuaded by Backer to persuade Coca-Cola executives that the commercial was still viable but required a visual dimension. The firm eventually granted a budget of more than $250,000 for filming, one of the largest ever allocated to a television commercial at the time.

3 Facts About Coca-Cola That Will Change Your Business Strategy.

The need for strategic marketing and market positioning can not be overemphasized. This is because, it boosts the Coca-Cola brand, thereby keeping a firm lead in the business world at large.

Coca-Cola has the hearts of its target audience in its palms. In this regard, they’ve achieved a greater competitive advantage over their competitors. Hence, Coca-Cola seems to have no competitor in the beverage business world. This has relatively increased their consumption statistics in the last two years of production.

Here are three top facts that will change your business strategy;

#1. Insensitivity to changes impedes the actualization of business goals.

Note, sensitivity to changes and strategizing in that regard complement each other. Coca-Cola experienced a change in meeting up the needs of its consumers. Hence, they resorted to cutting back on the intake of soda due to health considerations. It wasn’t an easy-to-do task as they had no choice but to adapt rapidly to the change. They believe that the brand has what it takes to successfully adapt to change in consumer demands.

#2. Leveraging on opportunities is a path to attaining maximum growth.

It will interest you to know that when drafting a strategy for your brand, opportunities lie at your disposal. It is advisable to leverage these opportunities, big or small. As you do this, you tend to improve customers’ perception of your company’s brand.

#3. Expanding your vision for an ideal business is tied to strategically planning for the fulfillment of the vision.

In a nutshell, to actualize your brand’s vision, it is paramount to strategize to bring the vision to fruition. Your brand’s vision should come alive, and not remain an imagination of some sort of unicorn. It has to be clear enough, and be in existence, such that can come through marketing strategies.

The Coca-Cola Company is a publicly listed company, meaning there is not one sole owner, but rather the company is ‘owned’ by thousands of shareholders and investors around the world. However, the largest shareowner of the company is American businessman Warren Buffett.

Which country has the best Coca Cola?

The Coca-Cola factory in Macedonia produces the best quality Coke in the whole world, the company said after conducting a global inquiry. The Skopje Brewery, where this popular drink is made, on Tuesday, received a special acknowledgment for this directly from the Coca-Cola Company HQ in Atlanta, USA.

Was Coke founded by a Confederate?

The Most Valuable Fashion Brand In The World 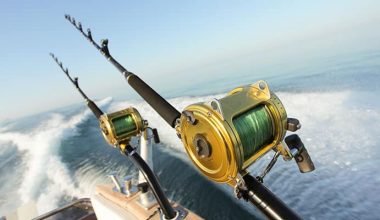 Read More
BBrand stories
Table of Contents Hide What Are the 3 Types of Fishing Rods?What Is a Good All Round Fishing… 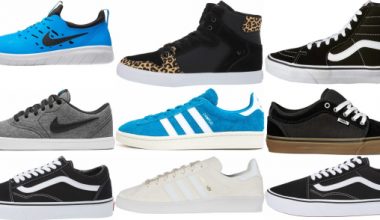 Read More
BBrand stories
Table of Contents Hide What Are the 3 Types of Skates?What Shoes Do Most Skaters Wear?Best Skate Shoe… 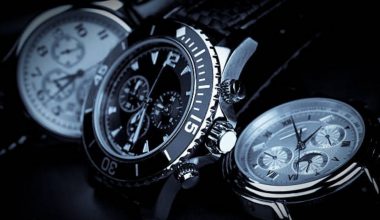 We noticed you're visiting from Poland. We've updated our prices to Polish złoty for your shopping convenience. Use Pound sterling instead. Dismiss