This calculation is used by creditors and investors to determine a company’s profitability and risk. An investor, for example, is primarily concerned with seeing his investment in the company grows in value. Profits and operational efficiencies account for a major portion of this gain. As a result, investors want to know that their company will be able to pay its obligations on time without jeopardizing its operations or earnings.

The interest coverage ratio, on the other hand, is used by creditors to determine if a company can afford the extra debt. If a corporation can’t afford to pay the interest on its debt, it will most likely be unable to pay the principal. As a result, creditors utilize this formula to determine the risk of lending.

The term “coverage” in the interest coverage ratio refers to the amount of time (usually quarters or fiscal years) that interest payments may be made with the company’s existing earnings. In basic terms, it indicates how many times the company’s earnings can be used to satisfy its debts.

The smaller the ratio, the more debt expenses burden the corporation and the less resources it has to invest elsewhere. A company’s capacity to meet interest expenses may be questioned if its interest coverage ratio is below 1.5 or lower.

In order to weather future, and maybe unanticipated, financial crises, businesses must have more than enough earnings to cover interest payments. The ability of a corporation to satisfy its interest obligations is a measure of its solvency, and thus a key determinant in shareholder returns.

Before looking at company ratios, it’s vital to know two typical versions of the interest coverage ratio. Changes in EBIT are the source of these variances.

In another form, the ICR is calculated using earnings before interest and taxes (EBIAT) rather than EBIT. This has the effect of subtracting tax charges from the numerator, resulting in a more accurate depiction of a company’s ability to pay interest expenses. Because taxes are a significant financial factor to consider. EBIAT can be used to compute interest coverage ratios instead of EBIT to get a better view of a company’s capacity to cover its interest expenses.

Importance of the Interest Coverage Ratio

Any company’s ability to stay afloat in terms of interest payments is a significant and continuous worry. When a firm is having trouble meeting its obligations, it may have to borrow more or utilize its cash reserve. Which would be better spent on capital assets or for emergencies.

Looking at a company’s interest coverage ratios on a quarterly basis for the past five years. For example, can tell investors if the ratio is improving, dropping, or stable, and can give you a good idea of how healthy its short-term finances are.

Furthermore, the acceptability of any given level of this ratio is, to some extent, in the eye of the beholder. Some banks or potential bond buyers may be willing to accept a lower ratio in exchange for a higher interest rate on the company’s debt.

It’s also worth noting that this technique can be used to calculate interest periods of any length. Divide the EBIT and interest expense by the number of months you want to compute to get monthly or partial year numbers, for example.

Let’s look at an example of an ICR. Sarah’s Jam Company is a jelly and jam jarring company that cans and sends preservatives all over the country. Sarah wants to grow her business, but she lacks the finances to buy the canning machines she requires. As a result, she visits many banks with her financial statements in order to obtain the funds she requires. Sarah earns $50,000 before interest and taxes, with interest and taxes of $15,000 and $5,000, respectively.

Sarah has a 3.33 ratio, as you can see. This means she earns 3.33 times more money than she is paying in interest. She has enough money to pay both the interest and the principle on her present obligation. This is a positive sign because it indicates that her company’s risk is low and that her operations are generating enough cash to cover her expenses.

It’s difficult to calculate a coverage ratio because it’s based on how much risk the creditor or investor is willing to bear. A bank may be more comfortable with one figure than another, depending on the required risk limitations. The fundamentals of this measurement, on the other hand, remain unchanged.

If the result is less than 1, the company isn’t profitable enough to cover its interest payments. Don’t worry about repaying the debt’s principle. A corporation with a calculation of less than 1 will be unable to pay its debt interest. This type of business is extremely dangerous and would almost certainly never be for bank financing.

If the coverage equation equals 1, the corporation only produces enough money to cover its interest payments. This situation isn’t any better than the previous one, because the corporation is still unable to make the principal payments. It can only pay down the present debt’s interest when it’s due.

If the coverage ratio is more than one, the corporation is making more than enough money to satisfy its interest commitments while still having enough money left over to pay the principal. Before making any loans, most creditors need coverage of at least 1.5. In other words, banks want to ensure that a company’s current interest payments are at least 1.5 times its current interest payments.

In our previous example, Sarah’s percentage is 3.33. Her existing operations generate enough revenue to pay down her current interest rates 3.33 times over. Her business is incredibly liquid, so she should have no trouble obtaining a loan to expand.

What is a Good Interest Coverage Ratio?

A “poor” interest coverage ratio, on the other hand, is any value less than one, which indicates that your company’s earnings aren’t sufficient to service your outstanding debt. Although corporations that are having trouble servicing their debt may be able to stay afloat. A low or negative interest coverage ratio is normally a huge warning flag for investors. In many circumstances, it signifies that the company is on the verge of going bankrupt.

Limitations of the Interest Coverage Ratio

The interest coverage ratio, like any other indicator, is used to assess a company’s efficiency. Has several limitations that any investor should be aware of before utilizing it.

For starters, while comparing organizations in different industries, and even within the same industry, it’s crucial to keep in mind that varies greatly. An interest coverage ratio of two is frequently an acceptable standard for established corporations in some industries, such as a utility company.

Because of government controls, a well-established utility is more likely to have consistent production and revenue, therefore even with a low-interest coverage ratio, it may be able to meet its interest payments reliably. Manufacturing, for example, is a far more volatile industry, with a minimum acceptable interest coverage ratio of three or more.

These businesses are more likely to experience business fluctuations. For example, during the 2008 recession, automobile sales plummeted, putting the auto manufacturing industry in jeopardy. 1 Another example of an unforeseen incident that could impair interest coverage ratios is a workers’ strike. Because these businesses are more susceptible to these variations. They must rely on a higher ability to cover interest to accommodate for periods of poor revenues. Because sectors differ so greatly, a company’s ratio should be to others in the same industry ideally. Those with similar business structures and sales amounts.

What Does the Interest Coverage Ratio Tell You?

The ICR is a metric that assesses a company’s capacity to manage its debt. It’s one of several debt ratios that can be to assess a business’s financial health. The term “coverage” refers to the amount of time (usually a number of fiscal years) that interest payments can be made with the company’s existing earnings. In basic terms, it indicates how many times the company’s earnings can be to satisfy its debts.

What Does a Bad Interest Coverage Ratio Indicate?

Any value less than one is a terrible interest coverage ratio, which indicates that the company’s current earnings are insufficient to service its outstanding debt. Even with an ICR below 1.5, the prospects of a firm being able to fulfill its interest expenses on a continuous basis are still questionable, especially if the company is susceptible to seasonal or cyclical revenue troughs.

What is a bad interest coverage ratio?

A bad interest coverage ratio is any number below 1, as this translates to the company’s current earnings being insufficient to service its outstanding debt.

What is Upsc interest coverage?

The interest coverage ratio is a debt and profitability ratio used to determine how easily a firm can pay or cover the interest on its outstanding debt. This ratio measures how many times a company can cover its current interest payment with its available earnings.

How is interest coverage ratio expressed?

What is cash coverage ratio?

The cash coverage ratio is an accounting ratio that is used to measure the ability of a company to cover their interest expense and whether there are sufficient funds available to pay interest and turn a profit.

WORKPLACE LAWYER DISCRIMINATION: How Lawyers Assess Discrimination Cases & What They Can Do For You 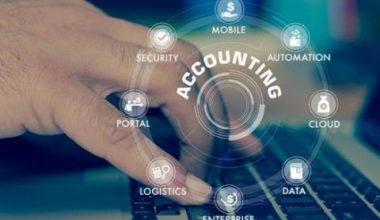 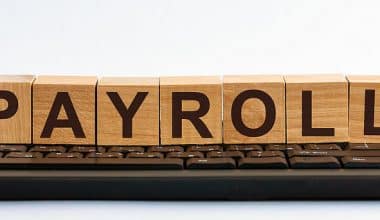