A fraustrated leader isn’t the one without followers but the one without a vision. No leader can effectively lead without a vision. In other words, what determines the trust and commitment a leader gets from his followers is his vision. Visionary leaders over the years have been changing people’s mindsets and the world in general. In this article, we will be discussing the examples, styles, and roles of visionary leadership.

A leader is an individual with the aptitudes and capacities to influence, lead, and direct a group of individuals towards accomplishing an objective. A vision is the ability to think approximately about an arrangement or future with creative ability or intelligence. Merging these two words result in visionary leadership.

In the business world nowadays, everything is dynamic and the changes are lasting. Visionary leadership is vision, the ability to see a potential or vision and work towards achieving it. Furthermore, working toward a vision cannot be done alone, and that’s where the substance of a visionary leader comes in. A visionary leader is somebody who has a vision, an individual that can direct individuals towards achieving a long-term objective. Also, a visionary leader is an idealist. He/she has extraordinary thoughts concerning the development or progress of an organization. Those involved in the business world are individuals who lead a team or organization with the same potential to realize a certain goal for the progress of a company.

Visionary leadership as a style is the pattern or path that leaders use to influence and inspire their team members to attain a goal. Also, Goleman talks about this style as having inspiring, long-term goals that take the department and company forward, creating an ambiance where team members can be creative and inspired, knowing they have a mission that allows progress and development.

With this style, by its very nature, leaders have visions and missions that people buy into, inspired by the direction it will take them now and in the future. Short-term focus may be sacrificed for the greater good, but the journey is far-reaching and deterministic. These and other styles are being adapted for the post-pandemic world, as people require confidence and trustworthiness from their leaders, as well as inspiration, drive, and that humanistic touch.

Visionary leadership can also be seen as one of the prerequisites for that mindset to be developed in people as we progress with our businesses.

How Can You Harness Visionary Leadership Styles?

The visionary approach is most viable when the leader is an authoritative expert in his or her field of work and requires a new vision for a long-term goal. They use this mastery to pick up the regard and validity fundamental to mobilizing workers to take their thoughts and plans and fulfill them. But visionary leadership styles can be less successful when workers are immature or require more guidance.

Examples of visionary leaders’ traits include

Visionary leader is persistent in the sense that when they confront impediments, challenges, and questions, these do not easily discourage them. An example of a persistent soul is Thomas Edison, in spite of the fact that he was not a leader, he had a vision and he was persistent. He attempted the invention of the light bulb thousand times, at long last paying off. As a visionary leader, you’ve got to believe in yourself and be so beyond any doubt about your capacity. You ought to continuously keep in mind that you are guiding a lot of people. It is only natural for people to doubt since they don’t see the same thing you see. That’s why you’ve got to keep trying till you accomplish your objective and demonstrate you weren’t fair envisioning.

Visionary leaders will continuously see the great in everything. They continuously believe that at the conclusion of the burrow, light will come. As a visionary leader, you’ve got to be positive. You’re not just empowering yourself but also your team, and on the off chance that you are pessimistic you’ll discover it difficult to energize other individuals.

They display a great sense of excitement in the preparation for a task. Examples of visionary leaders’ traits are shown in their passion.

Working towards an objective requires a way, a path, and remaining centered in that direction is one of the keys to accomplishment. Moreover, a visionary leader must remain focused at all times

Being creative is another trait of visionary leaders. They have the ability to create new ideas. When Alexander Graham Bell saw the possibility of sending a human voice over a wire,

What you ought to inquire about a visionary leader is the quality of a leader. A great visionary leader should have all the qualities and capacities of a great leader. For example, the ability to nurture, selflessness, exemplary model, patience, confidence, courage, boldness, and numerous more. There’s more to having a vision; therefore, there must be characteristics, capacities, and culture required to keep you on that cruising boat and keep you motivated.

A visionary leader is a risk-taker, they thrive to achieve an idea no one is aware of the outcome. But visionary leaders are determined and that is what keeps them moving.

Why Is Visionary Leadership Important?

Visionary leadership is very important in a competitive society as it is today. They guide people towards achieving a long-term goal. They help in the development and implementation of a structure while also managing resources including technical and financial resources.

Visionary leaders are important pioneers in changing, improving, innovating, and implementing ideas. Because they guide and encourage their team members in situations of failure, they turn ideas and imaginations into reality. They also help to inspire other people with the same idea.

There are a lot of people who have been able to prove beyond doubt the impossible. Furthermore, they saw beyond their comfort and were able to achieve certain goals. We will mention a few of them. They include

Elon Musk is the current CEO of Tesla Motors and SpaceX. They are also examples of visionary leaders. Right from his childhood, Elon Musk has always displayed a bold and persistent personality. He is a very organized person with a vision. In 2008, when both his companies were going into bankruptcy and he was left with the only option of allocating the fund of one of his companies to the other one, he resisted and worked with them both, and it paid off. Elon Musk, with his great visionary abilities, has inspired and is leading a lot of people to achieve their visionary goals.

Examples of visionary leaders include Henry Ford. By all accounts, Henry Ford was a visionary leader ahead of his time. For one, he enabled just about everybody to have the capacity to afford a car. But he also presented innovations and developments that changed the world. Henry Ford’s ability to identify and attract outstanding people who believe in his vision The significant impacts of these leadership qualities have had enduring impacts on the nation. In particular, his ability to innovate, develop, and create new ideas was one of Henry Ford’s visionary roles.

Among all the leadership qualities that Henry Ford illustrated, maybe his most outstanding was the capacity to associate with others. In spite of the fact that he failed twice in building a company, Ford utilized his leadership qualities to be comprehensive and promote collaboration. And he learned from his mistakes when things didn’t go as arranged. These leadership qualities made others regard him and illuminate the need to take after his lead. And it remains a reason that Ford Motor Company proceeds to be a pioneer in car advertisement nowadays. Striking administration clears out strong legacies, and Henry Ford highlights this straightforward reality.

Examples of great visionary leaders include Steve Jobs. Steve Jobs showed a great sense of leadership skills when he organized his team to build the first computer (Mac)that worked with a mouse and Graphical Client Interface. The roles of various outstanding people like him as visionary leaders also play into their ability to maintain their vision. This breakthrough has continuously motivated and inspired other innovators to be able to build like the android. He successfully created amazing works like A Bud’s Life, Toy Story, and Finding Nemo, which have effectively captured the attention of film darlings from all over the world. This establishment has continuously put Apple above others. His visionary leadership qualities are what make him known as a great entrepreneur.

When the visionary leader comes up with an idea, that is a vision that will boost the company’s uniqueness. He is able to create ideas for the benefit of others. This role can enhance the development and progress of a company. These are also the roles of visionary leaders that they possess.

As a visionary leader, the ability to inspire people is important. When you come up with an idea, how do you break it down to their understanding? When it comes to an idea people may have different perspectives pertaining to the outcome. You have to let people see the big picture to encourage and inspire them. Convincing your team members to put the effort into a project to validate a good outcome.

There is a consequence that comes with things that lack organization. The idea might be impressive but anything that lacks organization lacks sustainability. A visionary leader’s role in this is to organize his or her team to avoid mistakes for example in a company where they are working on a new brand every department ought to know their duties in producing the brand, creating awareness, and distributing it. A visionary leader should be able to guide their team members. You can inspire yourself here.

A visionary leader should be able to innovate, which is the ability to create new ideas. This is one of the roles of visionary leaders, which involves reforming an idea and setting it to fit in with people’s demands.

It is not necessary to be a leader before you can implement an idea. Nevertheless, having a vision is an ability that should not be ignored.

What it means to be a visionary?

Visionary is the ability to have a vision that can impact society or an organization.

What is the importance of being a visionary?

Being a visionary helps you invent new ideas that can be realized. You can motivate and inspire people.

How can a visionary leader improve performance?

You can improve your performance as a visionary leader by learning leadership qualities. This can be achieved with constant practice and persistence.

5 Ways Unified Communications Can Give You a Competitive Advantage

HIRING MANAGER: What Do Hiring Managers Do? 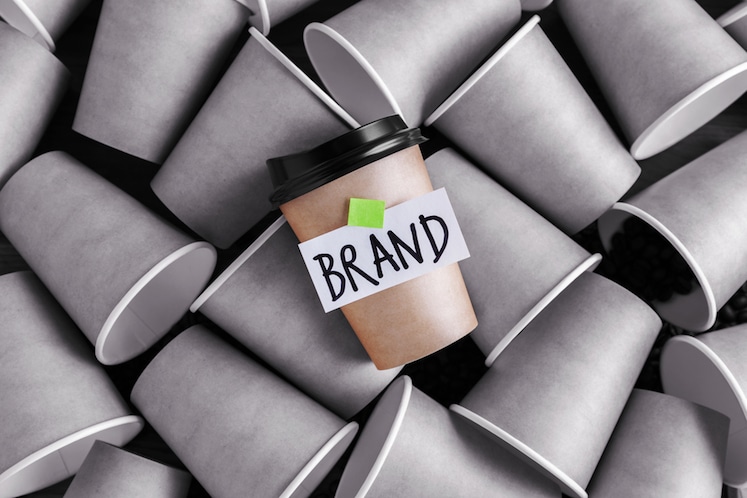