TOP REAL ESTATE COMPANIES: Top Picks In The US

Whether you’re a first-time buyer or a seasoned pro, the home-buying process may be quite stressful. But it doesn’t have to be so stressful if you already have a list of real estate agents who can help you. As such, we have compiled a list of the top real estate companies in the US for you to make your pick.

Top Real Estate Companies in the US

Below is a list of the top-rated real estate companies in the US:

RE/MAX, which stands for Real Estate Maximums, has been in business since 1973. Over the course of its almost half-century history, the organization has grown to include over 135,000 sales agents working in franchise-owned and controlled offices in over 100 countries and territories. More importantly, RE/MAX is regarded as one of the most productive real estate sales groups in the country.

Century 21, is a real estate behemoth in its own right and one of the industry’s most recognizable names, with a global presence in Europe, Latin America, the Middle East, and Asia. In 86 countries and territories, there are roughly 14,000 independently owned and run broker offices with 147,000 workers. Century 21 has evolved as one of the industry’s most recognized brands and has positioned itself as a leader in e-marketing.

Coldwell Banker, founded in San Francisco in 1906, has a long history of offering reputable real estate services to its clients. Realogy now owns this American real estate franchise, which has 3,000 offices in approximately 50 countries and territories. It is well-known for offering excellent services and thoroughly training its employees.

ERA Real Estate has about 39,000 affiliated brokers and independent sales associates, as well as approximately 2,350 offices throughout the United States and 33 other countries and territories, including Saudi Arabia, Germany, and Japan.

In 1976, Sotheby’s International Realty was established. The real estate firm was able to provide franchise options to select real estate brokerages after forming a strategic agreement with Realogy in 2004. It had over 25,000 associates in approximately 1,000 offices situated in 70 territories and countries as of 2022.

Many of the company’s clients have a high net worth. Many of Sotheby’s home sales are in the million-dollar bracket. The agency recently increased its footprint in Southeast Asian countries such as the Philippines and Thailand.

Barbara Corcoran, a real estate magnate, employed a gimmick known as the one-day sale to sell 81 units in a 24-hour period. Her strategy was to collect a variety of properties throughout the city and sell them all at the same price to her agents’ closest friends. The Corcoran website started in 1995, becoming one of the earliest online real estate platforms.

NRT, a joint venture of Cendant Corp. and Apollo Management, purchased the company in 2001. Corcoran has offices owned by a subsidiary of Realogy Brokerage Group LLC and franchised offices that were independently owned and operated as of 2022. The firm has around 4,200 affiliated agents in over 100 branches.

The company is still dedicated to maintaining a varied portfolio of high-quality residential buildings. Furthermore, Camden Property Trust is committed to providing its workers with a proactive, dynamic, and lively work environment. Employee benefits include subsidized rents and a generous 401(k) matching scheme.

Better Homes and Gardens Real Estate, which was founded by the Meredith Corporation in 1978, is currently one of Realogy’s real estate brands. Since then, the real estate firm has evolved into one of the more respectable companies, thanks in part to its association with a magazine of the same name. Better Homes and Gardens Real Estate joined into a new franchise arrangement in 2008, which has helped it rise through the ranks.

While not a real estate firm, Zillow.com plays an important role in the property search of millions of retail purchasers, serving as a portal to many of the organizations listed above. Former Microsoft executives Rich Barton and Lloyd Frink, who also developed Expedia, founded the internet portal in 2005, and the company has grown enormously since then. Zillow is unique in that it aims to empower its consumers with the tools and applications they need to make informed real estate decisions on their own.

The top-rated real estate companies in the world are listed as follows:

Before beginning your hunt for a new home, it’s a good idea to meet a good real estate agent to guide you through the whole process. We hope you find the list of real estate companies we have mentioned in this article useful.

What is the most popular real estate company?

The most popular real estate company is Keller Williams Realty.

Who is the larget real estate company?

HOW TO PAY OFF MORTGAGE IN 5 YEARS: A Comprehensive Guide

WHAT IS VALUE CHAIN ANALYSIS? Definition, Importance, and Examples 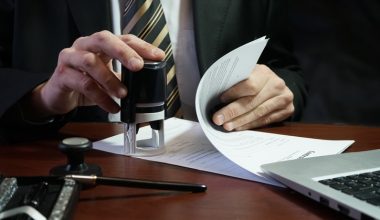 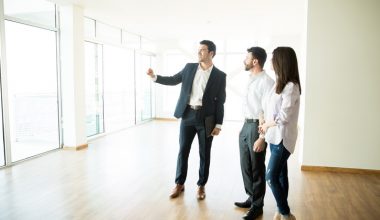