Home WARREN BUFFETT PORTFOLIO 2023: What is in his Current Portfolio?
NNet Worth

WARREN BUFFETT PORTFOLIO 2023: What is in his Current Portfolio?

Warren Buffett is recognized as one of the best investors of all time for a good reason. Two bank shares and a 16% stake in the $108 billion Berkshire Hathaway are among his personal holdings. In this article, we will be looking at the list of portfolio stocks for Warren Buffett investment in 2023.

Warren Buffett has shares in publicly traded firms through his holding company Berkshire Hathaway, which is denoted on the stock exchange by the tickers BRK. A (class A common stock) and BRK.B. (class B common stock). Warren Buffett is the founder, chief executive officer, and major shareholder of Berkshire Hathaway Inc. Every quarter, Warren Buffett submits a Form 13F document to the Security and Exchange Commission (SEC) that contains information about the purchases and sales of his holdings. This document must be submitted by every publicly traded company that manages more than $100 million in assets.

Berkshire boosted its significant stake in Paramount Global (PARA) by 16% during the third quarter. The streaming service Paramount+ is a small but growing rival to Netflix, Disney+, and Amazon Prime Video.

The conglomerate upped its stakes in Occidental Petroleum (OXY) and Chevron, according to Berkshire’s most recent quarterly 13F filing, which was made accessible on November 14. (CVX). This year, the company considerably boosted its energy bet, especially in Q3

Energy reserves increased along with oil prices following the Russian invasion of Ukraine on February 24, which cut off supplies of oil and gas globally. Numerous top energy stocks are represented on both the IBD Leaderboard and the IBD 50 list of high-growth companies.

In the third quarter, many of Berkshire’s biggest and most established investments remained the same. Along with Apple, these holdings also consist of American Express, Kraft Heinz, Coca-Cola, and Bank of America (BAC) (AXP).

The stocks of Mitsubishi Corp., Mitsui & Co., Sumitomo Corp., Itochu Corp., and Marubeni Corp. were among the five biggest Japanese companies by market capitalization on August 31, 2020, when Berkshire Hathaway’s $6 billion investment was made public.

The top 10 Warren Buffett portfolio stocks list by the number of shares at the end of September were as follows:

Below is the list of the most recognizable in Warren Buffett Portfolio:

We will be looking at the most regarded of his portfolio investment below in full detail. Let us continue reading down for more details.

Analyzing the Warren Buffett stocks that have generated such tremendous long-term success is crucial for investors looking to build a wealth-creating engine. Therefore, from this extensive list of Warren Buffett stocks, investors could choose some of them. By employing this technique, investors can increase their exposure to various portfolio components while reducing their exposure to unpleasant industries (such as railroads or insurance). In other words, everything comes down to taste.

Given the foregoing, I believe it is wise to invest in this list of seven Warren Buffett Portfolio stocks as 2023 is already here.

The iPhone 14 generation was just introduced by Apple (NASDAQ: AAPL) (NASDAQ: AAPL). Investors in the AAPL shares are closely tracking this exact situation. This is because iPhone sales tend to be the company’s principal source of revenue and profit growth as customer demand increases.

It has become extremely evident how long-term Warren Buffett’s investment in Apple is. Given this, I assume Buffett will be keeping an eye on growth as 2023 gets near in order to take advantage of the increased demand for the more expensive 14 Pro and Pro Max from customers. In truth, Apple would have achieved higher results if it hadn’t fallen into supply challenges with many of its models.

The chief executive of Ally, Jeff Brown, predicts that by the middle of 2023, the company’s charge-off figures would stabilize. This will rely on how much the Federal Reserve hikes interest rates. These numbers will be impacted by the rate of inflation in the next year.

Customers of Ally Financial can benefit from its services for auto loans. As a result, rising borrowing rates cause the company to permanently record losses. Investors may believe that financing expenses won’t go above 4%. Ally will still produce a return on equity of about 21% and a return on assets of 2% even if these costs do increase to this level.

One of the energy firms Berkshire owns to protect against rising oil and gas prices is Chevron (NYSE: CVX). Chevron is admired by Warren Buffett because it has high capital allocation objectives. Chevron made a suggestion that it would update investors in December with its updated business strategy and capital budget now that the outbreak has passed. The possibility that cost inflation would reduce the company’s profitability doesn’t seem to worry the markets. Costs would increase 20% in the following year compared to this one, according to CFO Pierre Breber. Fortunately, the company is spending a lot less money than expected. Chevron is therefore free to gradually increase its investments, increasing the likelihood of output growth.

Personal computer sales are made by HP Inc. Despite potential challenges brought on by low demand, HP’s computer and printer sales may eventually rise. HP’s commercial sales are still increasing. However, if commercial customers begin to worry more about a slowdown, they can reduce their orders.

HP will soon have a better understanding of the market dynamics for 2023 as budgets are changed. But even if demand doesn’t change, I believe this will only boost interest in HP’s goods. This is explained by the fact that customers still need to replace their equipment periodically.

In 2013, it was anticipated that the addressable market for PCs would be around $300 million. Mostly as a result of the pandemic’s impacts, it will expand. After lockdowns were lifted, businesses were urged to create a hybrid workplace.

Coca-Cola (NYSE: KO) has a track record of triumphing against obstacles on a worldwide scale. This business had a large increase in income despite the upheaval in Ukraine, the pandemic lockdowns in China, and the sharp rise in global inflation.

Coca-revenue Cola’s rose an amazing 11.0% over the previous year. In 2023, it predicts organic revenue growth of 14% to 15%. Thus, it is anticipated that its earnings per share would increase by 15% to 16%. Owning this stock is encouraged by the company’s forecast of top-line growth in 2023.

Consumers are altering their daily habits. Despite the fact that many customers only purchase Coca-Cola products, they can still pay less. The company provides a wide range of goods, which is fortunate because it can increase consumer demand for juices, water, and other beverages. That would make up for a drop in sales of products with private brands.

One of the Warren Buffett investments that have done the best this year is Occidental Petroleum. This is a significant factor in why Berkshire increased its holdings of OXY shares over the year. Occidental produces a significant amount of oil and has made significant investments in carbon capture technologies across all of its operations, including those in the Permian.

Occidental is anticipated to maintain its capital expenditure rate in 2023. The company’s EBITDA is consistent even while energy prices are rising. As a result, I believe that in 2019, the potential revenue from planned projects should more than offset any concerns about inflation.

Occidental is currently trading at a huge discount. Warren Buffett is ready to acquire an energy-related company because he is aware of this. Occidental is a business worth taking into account as a long-term investment due to its excellent cash flows.

Buffett’s financial theories have always been straightforward, reliable, and trustworthy despite his enormous success. He invests in big, highly regarded, well-capitalized blue-chip enterprises. Buffett typically invests for the long term, but he has never been afraid to take big risks or divest long-held enterprises. He and his team proved this early in 2022 by placing a significant wager on Chevron Corp. (CVX) while offloading Wells Fargo & Co. (WFC), which Berkshire Hathaway has owned since 1989.

Let us look at the following list of Warren Buffett portfolio investment in 2023:

Apple, the maker of the iPhones, is by far Berkshire Hathaway’s largest stock holding, accounting for nearly 41% of its stock portfolio as of Q1 2022 and 5.5% of the company’s outstanding shares. Apple’s market worth is $159.1 billion.

7.3% of the overall shares of the corporation, or $28.6 billion, were in American Express stock held by Berkshire Hathaway as of the first quarter of 2022. Buffett made the transaction in 1994 as part of a $300 million preferred stock deal that produced a 64% three-year return. He did this by exchanging warrants for AmEx stock. Berkshire Hathaway has dramatically boosted its stake in American Express during the previous ten years.

Due to the beverage’s role in his calorie consumption, Buffett once referred to himself as “a quarter Coca-Cola.” It is well-known that Buffett consumes five 12-ounce cups of Coke daily. $24.8 billion, or 6.4% of Berkshire Hathaway’s stock holdings, might be invested in Coca-Cola. 9.2% of the shares of Coca-outstanding Cola are represented by it.

What Are Warren Buffetts Top 20 Holdings?

What Stocks is Warren Buffett Buying?

Which 4 Stocks is Warren Buffett Investing in?

The top portfolio stocks investment of Warren Buffett are:

What Stock Does Elon Musk Own?

The best investments made by Musk include stakes in Tesla, SpaceX, DeepMind Technologies, PayPal, and The Boring Company.

What Does Jeff Bezos Invest in?

When he contributed $250,000 to Google in 1998, Bezos became one of the company’s earliest investors. 3.3 million shares of Google stock, currently worth around $3.1 billion, were obtained from that $250,000 investment..

What Stocks Does Bill Gates Own?

Who Owns the Majority of Tesla?

The majority of them are conventional investment managers. Only 14.9% is held by people like Musk, who owns the great majority of it.

Best 2023 PASSIVE INCOME INVESTMENTS: Ideas & What You Should Know 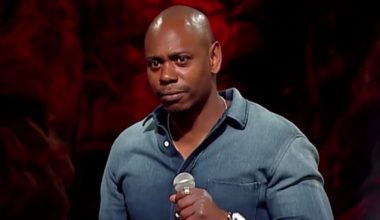 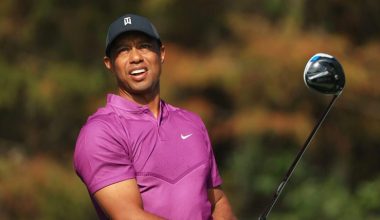 Read More
NNet Worth
Table of Contents Hide Tiger Woods’ Net Worth and Earnings Over His Career:Key Facts Tiger Woods Net Worth…