If you are looking forward to being a charismatic leader, this is the right article for you.

Continue reading. Now, lets get down to business.

What is Charismatic Leadership

However, they are most valuable to organizations facing problems or those who are stagnant. Furthermore, a charismatic leader is able to connect deeply to the people around him.

A charismatic leader often relies on his skills and charm to push his followers to action. While a transformational leader relies on a shared vision to create change. Additionally, a charismatic leadership definition isn’t complete if it does not focus on the leader personally.

Having known this, let’s discuss some of the characteristics of charismatic leadership.

The following are some of the major characteristics of charismatic leadership.

A charismatic leader must have excellent skills in communication. Hence, helps to encourage employees through hard times and also helps them stay grounded when things are rosy. However, leaders are both comfortable communicating one-to-one or in a group setting.

Furthermore, he also shows them how their contributions influence the strategic goal of the organization. They inspire great loyalty from their employees.

Truly, they have a very great personality, a charismatic leader also has maturity and character. However, they don’t believe in an empty display of skill. Hence, they draw from their wisdom and knowledge accumulated over their years of experience. A charismatic leader behaves in a mature and responsible manner at all times.

A Charismatic leader without substance will only last for a very short time. Flashy behavior may attract people. However, in the long run, the people will demand something substantial beneath the facade.

Nevertheless, a charismatic leader talks and works at the same time. He doesn’t talk and passes the responsibilities to his followers. Charm gets him the job however, substance closes the deal.

True, charismatic leaders are confident. They are kind and comfortable with who they are. Nevertheless, they understand themselves and try not to be someone else. They are secure and confident enough to be comfortable in their own skin.

Charismatic leaders are great listeners. When they listen to you, they pay attention to detail. However, they listen with full interest, they don’t get distracted. Also, they engage in conversations and act with empathy.

Every charismatic leader knows that there are various qualities that make them different from others. However, it is these qualities that get the attention and make them charismatic in nature. Hence, they know how vital it is to them and continually improve themselves.

At this point in time, let’s discuss briefly some of the great examples of charismatic leadership.

Martin Luther King, Jr.’s speeches helped small movements for equal rights through the US and beyond. Also, Dr. King is best known for the August 28, 1963, march on Washington that brought more than 200,000 people. However, during that march, he made his famous “I Have a Dream” speech. Nevertheless, following that, the Civil Rights Act of 1964 was passed.

MLK empowered people with hope through passing his feelings explicitly in a storytelling. However, he never applied force or violence, but shuned it with peace and a focus on prosperity.

In 1946, Mother Teresa quit teaching to follow her calling, founding the Missionaries of Charity to live and labor in the slums of Calcutta. However, during the 1950s and ’60s, she started an orphanage, a nursing home, a family clinic, and a string of mobile clinics.

Mother Teresa was a generous woman. She gave to charity, extended courage in the face of opposition, and was totally selfless. Also, she was fully committed to giving everything she had to help people in need. Nevertheless, others supported her in her work despite tough conditions and daily devastation.

Sir Winston Churchill was born in 1874. However, he is well known for being the prime minister of England during World War ll. Also, he used his communication skills as a war correspondent in World War l and created legislation for Parliament. However, he was a great orator who employs radio speeches to buoy the British people’s resilience.

Nevertheless, he spoke openly, unlike most politicians at the time. Again, his act of confidence and charm made him greatly charismatic to a nation that was beaten, but not down, in a time of strife and trouble.

She is the first female UK Prime Minister. However, she was loved and valued during her duty and after. Nevertheless, she was courageous and confident for a woman of her time. Also, she was willing to adjust to others perpestive and show humility when needed.

He was well respected for his work in the church, John Paul was made a cardinal in 1967. Again, he was elected pope in 1978. However, he occupied that position until he died in 2005. Nevertheless, Pope John Paul II was instrumental in examining the Roman Catholic Church’s role in the modern world. Also, he traveled to more than 100 countries and was a vocal advocate for human rights.

The trait approach began by stressing identifying the qualities of great persons. However, it shifted to include the influence of situations on leadership. Currently, it has shifted back to reemphasize the significant role of traits of inefficient leadership.

According to Max Weber, “charisma is applied to a certain quality of an individual personality by virtue. This is of which he is set apart from ordinary men and treated as enriched with supernatural, exceptional qualities”.

In conclusion, Charismatic leaders are of a different breed than the other leadership styles. However, their characteristics are inherent in them. Also, their sense of humility and confidence is on a higher level.

What are the qualities of a charismatic leader?

Who are charismatic leaders give examples?

She is the first female UK Prime Minister. However, she was loved and valued during her duty and after. Nevertheless, she was courageous and confident for a woman of her time. Also, she was willing to adjust to others’ perspectives and show humility when needed. 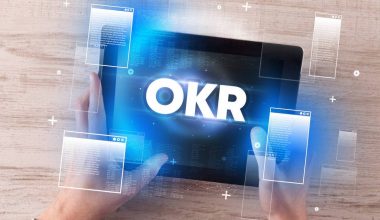 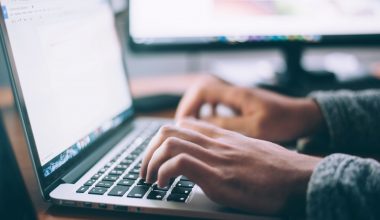