Without further all do, lets get started. shall we?

Business acquisitions are when a company buys most or all of another company’s shares to gain control of that company. However, acquiring more than 50% of a target company’s stock makes you the highest shareholder. Hence, allows the acquirer to make decisions without the approval of the company’s other shareholders. Acquisitions, which are very common in business, may occur with the target company’s approval, without its approval. However, with approval, there is usually a no-shop clause through the process.

In an acquisition, a new company does not emerge. Instead, the smaller company ceases to exist with its assets becoming part of the larger company. Acquisitions, sometimes called takeovers, often carry more negative impressions than mergers. As a result, acquiring companies may refer to acquisition as a merger even though it’s obviously a takeover.

An acquisition happens when one company takes over all of the operational management decisions of another company. However, acquisitions require large amounts of cash, but the buyer’s power is absolute.

Business mergers and acquisitions is a general term used to describe the union of companies or assets through various types of financial transactions. These transactions include mergers, acquisitions, consolidations, management acquisitions, tender offers, and the purchase of assets.

The terms “mergers” and “acquisitions” are frequently used interchangeably, however, in detail, they carry somewhat different meanings.

Nevertheless, when one company acquires another and sets itself as the new owner, the purchase is called an acquisition.

While, a merger is the joining of two existing companies into one legal entity, rather than remain separately owned and operated. Also, this action is known as a merger of equals.

Furthermore, a purchase deal will also be called a merger when both companies voluntarily agree in their best interest.

However,  hostile takeover deals, where target companies do not wish to be purchased, are often seen as acquisitions. Indeed, a deal can be classified as a merger or an acquisition, based on whether it’s friendly or hostile. In other words, the contrast lies in how the transaction is related to the company’s board of directors, employees, and shareholders.

What Does Mergers and Acquisitions Mean in Business?

Two or more organizations may merge into one larger one. In contrast, an acquisition is the process of one company acquiring another. In an effort to increase profits for their shareholders, some businesses engage in mergers and acquisitions to broaden their customer base or increase their market share.

Furthermore, here are some of the business acquisitions lawyers and attorneys in the united states.

At Harper James Solicitors, they provide the legal help needed to take entrepreneurs from start-up to scale up. Also, they provide you with the support you need at each stage in your business’ growth.  However, they make legal support more accessible. Their subscription plans allow you to access their expertise when you need it, with the option of accruing hours too. In fact, you could be paying as little as £99 per hour.

Their corporate solicitors often advise on share acquisitions, business and asset acquisitions, management buyouts, funding for acquisitions, and also for buying or selling a business. However, you can call or email them or just ask for a consultation.

When you hire a business acquisitions lawyer/attorney in the Priori network, hourly rates typically start at $225 per hour. However, rates can run higher based on whether an acquisitions lawyer has certain types of experience. In order to get a better sense of the cost for your particular situation, put in a request to schedule a free consultation and receive a free price quote from one of our lawyers.

Mergers and acquisitions (M&A) can occur for several reasons, such as:

The common reason for business mergers and acquisitions is to create synergies. Thus, the merged/acquired company is worth more than the two companies individually. Also, synergies can be due to cost reduction or higher revenues. Additionally, there are two types of synergies, in this case, the cost, and the revenue synergies.

Cost synergies are formed due to economies of scale, while revenue synergies are generally created by cross-selling and increasing market share. However, between the two, cost synergies can be easily quantified and calculated.

In a horizontal merger, the combined entity will attain a higher market share. Thus, gaining the power to influence prices. However, vertical mergers will be more in control of its supply chain, thus avoiding external shocks in supply.

Growth through mergers and acquisitions is usually a faster way for a company to achieve higher revenues. Eventually, a company can gain by acquiring a company with the latest skills without having to take the risk of developing the same internally.

Before going further, let’s first know what SBA is all about.

The SBA is a federal agency that supports small businesses in obtaining loans. Indeed, it doesn’t provide loans itself. However, it operates with lenders to overcome barriers to business lending. Such barriers are guaranteeing loans, reducing risk, and sourcing capital. Furthermore, the SBA funds, licenses, and monitors investment funds that in turn lend to small businesses.

Additionally, it does have several eligibility requirements, including:

However, if you want to know more about SBA loans, you can go through our post on SBA loan Rate: All you need to know

How do you Get SBA Loan to Finance a Business acquisition?

The general-use 7(a) loan is the SBA’s most common, and it’s perfect for acquisition finance. Businesses can obtain up to $5 million which is more than enough for acquisitions of small or even medium-sized businesses. You should borrow what you can afford to repay, however, an SBA-approved lender will decide when you apply.

Furthermore, to apply for an SBA loan, you first need a list of SBA-approved lenders in your area. Then, log in to the SBA website, fill in necessary details and its matching tool will provide a list of suitable lenders. Nevertheless, this isn’t an application, and those on the list won’t necessarily give you a loan.

The next step is to apply, the requirements of which will vary from lender to lender. But be ready to hand over or have reviewed the following information:

In conclusion, when one company acquires another and sets itself as the new owner, the purchase is called an acquisition.

While, a merger is the joining of two existing companies into one legal entity, rather than remaining separately owned and operated. Also, this action is known as a merger of equals.

What does acquisition mean in business?

Business acquisitions are when a company buys most or all of another company’s shares to gain control of that company. However, acquiring more than 50% of a target company’s stock makes you the highest shareholder.

What is an example of an acquisition? Read More
BBusiness
Table of Contents Hide How Do VPNs Work?The Advantages of Using a VPNProtect Your NetworkProtect Your Personal InformationAvoid… 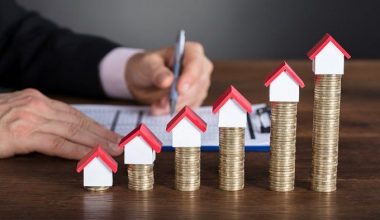 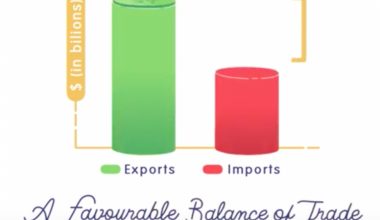 Read More
BBusiness
Table of Contents Hide What is Favourable Trade Balance?Favourable Balance of Trade Occurs in a CountryExampleWhat is Unfavourable…