Before you leave the service in the military, you will receive a form DD214, which serves as proof of your service. This DD214 form, which the Department of Defense issues to every veteran, will include a list of critical information about your service, including your discharge status. Discharge status can be honorable, general other than honorable (GOTH), other than honorable (OTH), dishonorable, or bad conduct. A “dishonorable discharge” in the military refers to the punishment for major misconduct, which comes with depressing consequences.

What is a Military Discharge?

A military discharge is a kind of release awarded to a member of the armed forces who have fulfilled their responsibility to serve and, as such, has been liberated from that obligation. It is when someone is released from their obligation to serve in the armed forces because their service years have come to an end.

This is sometimes confused with military retirement but these two differ and vary from country to country. Discharge from the military might have a significant impact on your eligibility for veteran’s benefits or government employment, depending on the sort of discharge you receive.

In most cases, they are determined by whether or not the individuals in question completed their required training and then went on to successfully finish their term of duty.

Other times, discharges are based on factors such as service quality, if their service had to be ended prematurely due to humanitarian or medical reasons, or whether they had drug or alcohol dependency issues, and are conceding with treatment and counseling. It could also be based on whether they had demerits or penalties for infractions or were convicted of any crimes. This, basically affects their ability to re-enlist and their eligibility for post-discharge compensation.

Below is the list of the various forms of military discharge;

What is Dishonorable Discharge?

Basically, there are two ways through which a service member can leave the military; administrative and punitive discharge.

Administrative discharge encompasses honorable and general discharge and is handed down by higher-ranking officials. On the other hand, when a court martial issues a discharge to penalize misconduct during service, then it is said to be a “punitive discharge.”

The highest of violations which are sometimes followed by a prison sentence in a military prison” and the most extreme kind of punitive discharge is the dishonorable discharge.

Because of a dishonorable discharge, you will lose all of the usual military perks, forfeit all veterans’ benefits, and be forbidden from having a handgun, working for the government, or taking out bank loans. Sometimes, such members may also forfeit their right to vote and receive government support.

Additionally, they may have a tough time finding work outside of the military in the civilian sector.

There are a number of reasons why a member of the military might receive a dishonorable discharge. And all of these are regarded as some of the most heinous offenses a service member can commit.

One form of conduct that could result in a person’s dishonorable discharge is desertion or absence without leave ( going AWOL). People who go AWOL are those who voluntarily leave their posts or do not return to them.

Sedition is also among the various reasons that can lead to a possible punishment and why someone might get a dishonorable discharge. This means when a service member tries to persuade other military troops to disobey orders. It might also be that they were even involved in a plan to destroy or overthrow the government.

Murder and manslaughter are among the most common and frequent reasons why people are given a dishonorable discharge. The basic difference between murder and manslaughter in this scenario comes from the intent. A murderous action has to do with any intentional action that leads to the loss of life. While manslaughter is when the victim’s life is taken by accident.

Naturally, this does not apply in conflict, where a victim’s death would be treated as a war casualty.

Rape and unwanted touching are examples of sexual assault and reasons why a member would receive a dishonorable discharge.

Basically, forced sexual contact with another person is a form of sexual abuse that can lead to a discharge of dishonorable conduct.

Other reasons why a service member might receive a dishonorable discharge include fraud and espionage.

General courts-martial are the only party that can award a dishonorable discharge for charges of significant criminality or repulsive conduct and comes with great consequences.

In the military, this type of discharge is a major offense and even a form of dishonor. One of the consequences of a dishonorable discharge is that it abruptly ends a person’s military duty. And once it ends that way, it typially marks the beginning of their legal problems.

In cases of rape and murder, a dishonorable discharge may result in the discharged military member being sentenced to prison, fines, and other severe legal penalties.

Below we classify the consequences of a dishonorable discharge into;

A dishonorable discharge has long-term consequences, which is one of the most difficult aspects of earning one. In most cases, those who have been dishonorably dismissed from the military are not eligible for any military benefits.

A dishonorable discharge may even preclude them from ever getting any government benefits. This includes benefits that you would even ordinarily qualify for based on your need. It is also possible that they may not be able to apply for financial help or bank loans if they are unemployed. Again, they might not be able to purchase a property using their names

If they wish to take any college courses, they’ll have to pay for them out of their own pocket. This is because no financial aid will cover them.

Consequences that have to Do With Employment

As with felony convictions, a dishonorable discharge may not preclude you from obtaining work. However, many employers will view this in the same manner.

Your job hunt will be much more difficult if you have been convicted of a crime. That’s even if you’re going to find an employer who will hire you.

In addition to the legal and financial consequences that a dishonorable discharge can bring, you can expect to be shunned by your fellow service members.

Naturally, for many people, serving in the United States Armed Forces is an honor and a source of pride long after their time in the military is over.

However, if you have a dishonorable discharge on your record, it won’t happen. Those are consequences you will have to face. There will be no honor, you will be no hero.

Last on the list of the consequences of a dishonorable discharge is that you may be viewed as a criminal or traitor or a deserter as a result of your dismissal.

How to Get Honorable Discharge

A member of the armed forces must have been given a rating ranging from good to excellent for their service in order to be eligible for an honorable discharge. Honorable discharges are typically given to service members who meet or surpass the minimum requirements for duty performance and personal behavior and who successfully finish their years of military service. However, in order to get an honorable discharge, one does not need to have completed their term of duty, providing that the cause for their involuntary discharge was not due to misbehavior

When someone is rendered physically or mentally incapable of carrying out their assigned duties, their service is usually considered honorable. This is regardless of whether the condition or handicap was acquired in the course of duty or not.

If an ex-service member (whose services on a normal were less than honorable) however displays exceptional post-service behavior and shows proof of excellent post-service performance in areas including education as well as career, an honorable discharge may be awarded as an act of clemency.

A dishonorable discharge is not handed down by military administration but rather by a court-martial. Hence, it is the discharge status that is considered to be the most severe. Those members of the armed forces who are given this status have been accused of serious crimes. These crimes may include homicide, fraud, desertion, and other offenses that would get anyone in trouble, whether they were a member of the armed forces or not.

It is not possible for a person to reenlist in the armed forces if they were given a discharge other than honorable. Those who were discharged from the military under less than honorable conditions can nevertheless enlist at zero8hundred to find help with their transition.

Is Dishonorable Discharge a Felony?

Dishonorable discharges are considered felonies in most states and can result in the loss of several civil liberties. Dishonorably discharged veterans are unable to vote, work for the government, receive government assistance or loans, or serve on a jury or as a public official.

Do you have the wherewithal to contest a dishonorable dismissal?

You might not basically need a favorable post-service history to succeed, but it is essential if you plan to upgrade your punishment. Regardless, the only justification for enhancing punishment in the military is clemency.

Does a dishonorable discharge prevent you from getting a job?

CAN A LANDLORD BREAK A LEASE?: What to Do When Your Landlord Breaks Your Rental Agreement 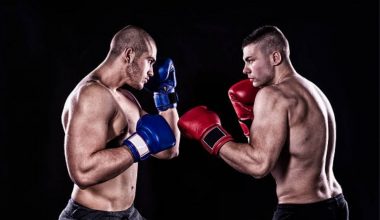