This year’s Halloween is a little different. While trick-or-treating isn’t illegal in the United States, whether or not parents will allow their children to partake in the candy-giving tradition remains a mystery on par with the flavour of white Airheads. Candy, on the other hand, is unavoidable. Whether you acquire your Halloween candy from strangers during trick-or-treating or from a man disguised as an Amazon delivery worker, one thing is certain: not all Halloween candy is made equal. That’s why we have dedicated this post to telling you about the worst Halloween candy.

It’s Halloween candy season, and by that, I mean the time of year when store shelves are brimming with the stuff. Many of the orange bags and pumpkin-themed snacks that line the shelves include some of the best Halloween candy (and non-candy treats) available, but there are a few that, in my opinion, fall short. The worst Halloween candy is likely to be avoided on the trick-or-treating night, with weird textures, funky flavour combinations, and plain boring types.

If you’re trying to pick which candies to give out on Halloween or which to buy for your own children to enjoy this year, I’ve made it easy for you by listing the ones I think you should avoid. However, if you chance to find some of these candies in your children’s trick-or-treat bags or can’t resist buying them at the supermarket, you can always use them to make desserts. Perhaps they’ll have a greater chance of being tasty roasted inside something else. Also, don’t be alarmed if one of your favourites appears on this list! After all, little bites of plastic flavoured with the scent of chocolate don’t make you a horrible person.

In the twentieth century, there seems to be a vogue of hot cinnamon sweets, such as Red Hots and Big Red gum, for whatever reason. Although not the worst flavour combination, it isn’t worth the space in a Halloween bucket. In 2020, Arizona’s most popular Halloween candy was voted Hot Tamales, so if you reside there, we need to talk.

Laffy Taffy makes the worst Halloween candy list due to the amount of chewing effort required. The flavours aren’t that bad, but if you eat too many of these, you’ll be seeing your dentist a lot.

I’m sure adding Nerds on this list will irritate a lot of people, but it’s necessary. It’s past time for us to stop acting like these are high-end Halloween treats and start wishing for more. Nerds have a gravel-like appearance because that’s exactly how they taste (yes, even the beloved grape flavour).

These spherical, chalky candies tried to imitate Smarties but lacked the same deliciousness. Sweetarts are a little tougher, putting your teeth and taste senses in jeopardy once more.

As a huge lover of red Twizzlers, black licorice just doesn’t hold a candle to them. If you see these at a Halloween party or trick-or-treating event, get out of there right away.

It’s more fun to eat Pixy Stix for the novelty than for actual delight. I’m still not persuaded they’re not just powdered Kool-Aid.

This includes Bazooka, Hubba Bubba, and Dubble Bubble, among others. All of them are really hard on your teeth, and the gum tastes only last about 3.7 seconds. Seriously, the flavour has already vanished by the time you open the wrapper.

You could compare Baby Ruth candy bars to Snickers because they both contain chocolate and peanuts, but the former has far too many peanuts to avoid being included on this list.

The main reason kids enjoy Fun Dip is that it requires some modest effort on their part and appears to be a fun science experiment. They’re not worth the shambles.

Almonds are fine as a milk substitute and in chocolate, but coconut has no place here. I don’t know many youngsters that like coconut in their candy, either. Leave them on the shelf to spare them the agony of finding these in their candy bags.

Good & Plenty thought they were safe by coating black licorice in a candy shell. Negative. Like the basic black licorice on this list, eating these pill-shaped candies only ends in disappointment.

I picture chocolate plastic to taste like these small bits of sadness. Another chewy, nearly gummy candy with a poor flavour. While the chocolate variant is revolting, the firm went one step farther and created Tootsie Fruit Chews, which feature a vanilla flavour that isn’t…a fruit?

Remember when I claimed that coconut had no place in chocolate? Mint, on the other hand, does not. Especially around the time of Halloween.

When will candy manufactures realize that covering a less desirable treat with a slightly better, sweeter coating isn’t the way to go?

Sweets corn is disliked by the vast majority of Halloween lovers, earning it a spot on our list of the worst-tasting Halloween candy.

Of all the candies on this list, Butterfingers have the most perplexing texture characteristics. They’re crispy at first, then chewy, then crunchy again, to the point where you’re wondering whether you’re gnawing on your teeth. It’s a shame because the chocolate and peanut butter flavours seem delicious together in principle.

Necco Wafers receive unanimous approval as the worst Halloween treat. Because I’d only heard them by name and they weren’t distinctive enough to remember by taste, I had to check them up online. These dull, pale-coloured sweets were first made in 1847, and based on how they compare to true Halloween candy, it’s evident that nothing has changed since then.

Unsurprisingly, these pieces of sugar attached to paper are actually made by Necco Wafers. While the candy is passable, it’s basically glued to a piece of paper, which is impossible to completely detach.

Rub a bowl and a half of Fruity Pebbles on your teeth for 10 minutes, then chew a piece of sugar-filled gum until the flavour fades. That is, in essence, what this sweet is. These are terrible, but at least they take a long time to eat, so you won’t eat two. Quick tactics like that are just one of the many strategies to lose weight that are often neglected!

Keep your fingers off the Skittles if you’re trying to slim down your waist. The only ingredients in a packet are sugar, corn syrup, and food colouring. Don’t give them to your kids if they don’t drink Fanta. (And while we’re on the subject of sodas, be sure to check out our ultimate ranking of sodas!)

Doesn’t Milk “Maid” sound very similar to Milk “Made”? But don’t worry they aren’t the same. Although this candy contains milk derivatives (whey and “lipolysis butter fat”), it is not considered a dairy product. Furthermore, 90% of the fat is saturated. That isn’t good for your heart.

This is one of the supermarket’s worst candies. Sugar and partly hydrogenated oil are the first two ingredients, and you’re getting as much saturated fat as a handful of french fries!

One of the fattiest brands on the market that richness you taste is pure dairy butter is also one of the more natural products on the market. In fact, each Snack Size bar contains fatter and zero protein than a McDonald’s Chicken Nugget!

If you switch to Tootsie Rolls, you’ll reduce your calorie intake by more than half and your total fat intake by 79 per cent. (Or, better yet, splurge on some high-quality dark chocolate.)

Snickers is an American classic in the worst meaning of the word: it’s made of cheap “chocolate” (artificially flavoured), corn syrup, sugars, and fatty oils, just like so many other brands seen in children’s Halloween bags. Sure, it features heart-healthy peanuts and a comical marketing campaign, but Mars is the only one laughing at you for buying them.

Together, saturated fat and sugar account for more than half of the calories in this baby.

Because Junior Mints are poppable, they’re difficult to refuse. What you’re popping, however, contains an astonishing amount of calories and sugar for such a small treat three Chips’ worth of sugar. Ahoy! Chocolate Chip Cookies with a Chew

You might be thinking, “Wait a minute, aren’t peanuts good for me?” Not when they’re dressed up in a creepy fat and sugar costume. The pretzel version will fulfil your chocolatey crunch while saving you sugar, fat, and calories. They’ll be more satisfying because of the salty-sweet combination. (If you’re really hungry, instead of eating candy, try one of the finest nutritious snacks for weight reduction.)

Sugar content is high in many candy bars. Many of them are fattening. Butterfinger, on the other hand, possesses the amazing capacity to excel in both. Even one “fun size” Butterfinger added to your daily diet can add more than 10 pounds to your body over the next year. That isn’t amusing in the least. This Butterfinger had better not be touched.

What’s a Candy No One Likes?

Candies associated with Halloween, such as Circus Peanuts, Necco Wafers, and even Candy Corn, are frequently named among the worst candies that you can discover in your bag. This is the reason why confections that virtually no one appears to enjoy are still sold in stores.

Is it OK to Eat a Lot of Candy on Halloween?

Many professionals in the field of public health believe that there is no correct or incorrect amount of candy that a person should consume on Halloween or in the days following the holiday. However, there is one thing that everyone should double-check: make sure the candy is safe to eat. Anything that has holes in the packaging, including the product itself, should be thrown away and not consumed, according to Dr.

The most important thing to do is simply check the box and the label to determine if there is any mention of THC anywhere on them.” If you don’t check, or if you aren’t informed, the possibility exists that your children will consume THC rather than the original snack. According to Miyares, this presents a risk for children, particularly in situations in which the children receive candy from an unknown person.

How Much Money Do Americans Waste on Uneaten Candy for Halloween?

“The United States of America wastes over $400 million worth of candy that is left over from trick-or-treating each year. That’s a significant amount of unused food. But there is an easy solution to this problem: instead of handing out candies that children do not appreciate (candy corn, anyone? ), give them delicacies that they look forward to eating.

What is the Least Healthy Halloween Candy?

The following are just a few of the many more Halloween candies that are the least healthy:

What is the Most Choked-on Candy?

According to the findings of a recent study, four typical foods account for more than half of the non-fatal emergency room visits caused by choking in children.

The following types of foods were the most likely to cause choking in children:

What is the most rare M&M color?

What is the sweetest candy ever?

If you really think about it, Pixie Sticks and Fun-Dip being ranked as the sweetest candy in the world is no surprise. They are both bags of sugar; one comes with a dipstick to assist in the sugar-to-mouth process, and the other involves pouring fruity-flavored sugar directly into your mouth

What is the oldest candy bar? 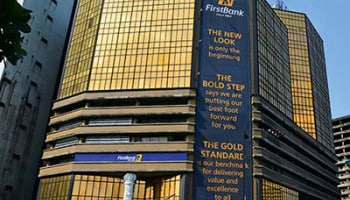