Home WHAT IS A SUBPRIME MORTGAGE? Lenders & All You Need
PPersonal Finance

WHAT IS A SUBPRIME MORTGAGE? Lenders & All You Need

What Is Subprime Mortgage?

Subprime mortgages, also called non-prime mortgages, are loans made to people with credit scores below 600 who cannot get prime mortgages. Conventional loans are easy to get and usually have better terms, like lower interest rates, than other types of loans.

Subprime mortgages were a major contributor to the financial crisis that fueled the Great Recession. Lenders approved many subprime mortgages that borrowers were unable to repay in the years leading up to the economic meltdown. According to a Credit Union National Association analysis of Home Mortgage Disclosure Act data, approximately 30% of all mortgages originated in 2006 were subprime.

While subprime mortgages are still available today (and may be referred to as non-qualified mortgages), they are subject to more scrutiny. They also have higher interest rates and larger down payments than traditional loans.

How Does Subprime Mortgage Work?

The Dodd-Frank Wall Street Reform and Consumer Protection Act included a provision to establish the Consumer Financial Protection Bureau (CFPB) to oversee the regulation of subprime mortgages. One of the key rules enacted by the CFPB is that any borrower who obtains a subprime mortgage must go through homebuyer counseling with a representative approved by the United States Department of Housing and Urban Development

Furthermore, lenders must adhere to Dodd-Frank standards when underwriting subprime mortgages, including the “ability-to-repay” (ATR) provision, which requires a lender to thoroughly assess whether a borrower is capable of repaying the loan.

“As a lender, if you break the ATR rule, you could be sued or face regulatory action,” says Austin Kilgore, who is in charge of corporate communications at the financial firm Achieve. “As a result, lenders in the non-qualified mortgage space have a strong incentive to ensure that they are adequately evaluating borrowers far more than subprime lenders did 15 to 20 years ago.”

“Non-qualified mortgage” limits lenders’ legal protections, preventing many from operating in the space.

“Lenders aren’t making the same subprime loans as before the recession,” says Kilgore. “The main reason is regulatory concerns.”

What is the Difference Between Prime and Subprime Mortgages?

Subprime mortgages are given to borrowers with low credit. A prime conventional mortgage is not offered because the lender believes the borrower has a higher-than-average risk of loan default.

Example of a Subprime vs. Prime Mortgage

An Example of the Impact of the Subprime Mortgage

Subprime mortgage defaults were a major contributor to the 2008 housing market crash. Many borrowers received NINJA loans, an acronym derived from the phrase “no income, no job, no assets.” These mortgages were frequently issued with no down payment and no proof of income required. A buyer could claim $150,000 in annual earnings but was not required to provide documentation to back up the claim. These borrowers were then underwater in a declining housing market, with home values lower than the mortgage balance. Many of these NINJA borrowers defaulted because the interest rates associated with the loans were “teaser rates,” which started low and ballooned over time, making it difficult to pay down the mortgage principal.

In June 2015, Wells Fargo, Bank of America, and other financial institutions announced that they would begin offering mortgages to people with credit scores in the low 600s, and the nonprofit, community advocacy, and homeownership organization Neighborhood Assistance Corporation of America continued its Achieve the Dream tour in 2018, hosting events across the country to help people apply for “non-prime” loans, which are effectively the same as subprime mortgages.

In addition to the standard 30-year term, another type of subprime mortgage is a fixed-rate mortgage with a term of 40 or 50 years. This extended loan period reduces the borrower’s monthly payments, but it is more likely to come with a higher interest rate. Fixed-interest mortgage interest rates can vary significantly from lender to lender. Use a tool like a mortgage calculator to find the best interest rates available.

An adjustable-rate mortgage starts with a fixed interest rate and changes over the life of the loan to a floating rate. The 2/28 ARM is a typical example. The 2/28 ARM has a fixed rate for two years before adjusting. The 3/27 ARM is another common ARM loan type with a fixed interest rate for three years before becoming variable.

An index plus a margin determines the floating rate on these loans. The SOFR is a popular index (secured overnight financing rate). ARMs typically have lower monthly payments for the borrower during the initial term. But when their mortgages return to the higher, variable rate, their payments usually go through the roof. Of course, depending on the index and economic conditions, the interest rate could fall over time, reducing the payment amount.

ARMs played a significant role in the crisis. When home prices began to fall, many homeowners realized that their homes were not worth the amount they had been paid for them. This, combined with an increase in interest rates, resulted in massive defaults. Because of this, the number of subprime mortgage foreclosures went up sharply in August 2006, and the housing bubble burst the following year.

An interest-only mortgage is the third type of subprime mortgage. During the first part of the loan term, which is usually five, seven, or ten years, the borrower only pays interest on the loan. He can choose to make principal payments, but he is not required to do so.

When this term expires, the borrower can either begin paying off the principal or refinance the mortgage. This can be a good option for a borrower if his income fluctuates yearly or if he wants to buy a home and expects his income to rise in the next few years.

One of the best things about subprime mortgages is that they let people get home loans when they wouldn’t have been able to otherwise.

However, just because you are eligible for a subprime mortgage does not mean you should take one out. While there are some advantages, there are also some risks to consider.

Read Also: MORTGAGE RULE OF THUMB: Should I Refinance My Mortgage?

What Was the Subprime Mortgage Crisis?

After the US housing market crashed in 2007, from 2007 to 2010, there was a subprime mortgage crisis. Many borrowers were unable to repay their loans when the housing bubble burst. Several financial institutions failed as a result of the dramatic increase in foreclosures. Many people required government assistance. Aside from the housing market in the United States, the stock market also fell, with the Dow Jones Industrial Average dropping by more than half. The crisis spread globally and was the primary cause of the global financial crisis.

Here’s a Brief Rundown on the Subprime Mortgage Meltdown.

Subprime mortgages are loans made to borrowers with poor credit. They pose a high credit risk because they lack a solid credit history. They are also more likely than others to default. During the 2000s housing boom, many lenders issued subprime mortgages to unqualified borrowers. In 2006, a year before the crisis began, financial institutions lent $600 billion in subprime mortgages, accounting for nearly one-quarter (23.4%) of all mortgages.

Because of easy credit and lax lending standards, many high-risk borrowers were able to buy overpriced homes, fueling a housing bubble. As the housing market cooled, many homeowners found themselves owing more than their homes were worth. As the Federal Reserve Bank raised interest rates, many homeowners couldn’t make their monthly payments, especially those with adjustable-rate mortgages (ARMs) and interest-only loans. Because real estate prices were going down, they couldn’t refinance or sell their homes. Since the beginning of the crisis, nearly 5 million homes have been foreclosed on.

Read Also: Mortgage Banker Salary: What it is and Salary Details

This had a significant impact on mortgage-backed securities (MBS) and collateralized debt obligations (CDOs), which are investment products that are backed by mortgages. Financial institutions packaged subprime mortgages into complex investment products and sold them to investors all over the world. By July 2008, one out of every five subprime mortgages was delinquent, with 29% of ARMs severely delinquent. Financial institutions and investors who held MBS and CDOs were left with near-worthless investments worth trillions of dollars.

While subprime mortgages are still available today (and may be referred to as “non-qualified mortgages”), they are subject to more scrutiny. They also have higher interest rates and larger down payments than traditional loans.

Is Fha Loan a Subprime?

Since these loans have an AEI mortgage default risk score of 40% when put under pressure, they are considered subprime. These are subprime loans based on history: the indicators of subprime credit have long been impaired credit, as represented by a FICO score of less than 660 or a total debt ratio of more than 42%

Finally, according to marketing, FHA loans are subprime.

What Credit Score Is Above Subprime?

There is no one-size-fits-all solution for credit scores that lenders consider “subprime,” but Experian has a grouping: Subprime credit is defined as FICO scores between 580 and 669, which fall between the fair and average credit ranges. Each lender, however, may use a different range. A commercially available credit score has five credit score levels:

Who Benefits From Subprime Lending?

Any subprime mortgage carries a significant amount of risk. The term “subprime” isn’t about the loan itself but about the people who take it out and how much money they have. Borrowers with subprime credit are more likely to default than those with higher credit scores.

Subprime lending makes it possible for more people to purchase homes, but it also increases the difficulty of doing so and the likelihood that borrowers will default on their loans. Defaulting harms both the borrower’s credit score and the lender’s.

WHERE TO CASH A CHECK WITHOUT A BANK ACCOUNT OR ID 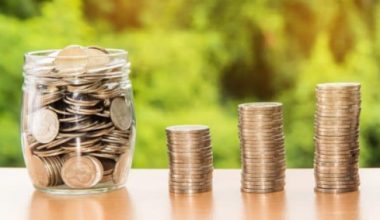 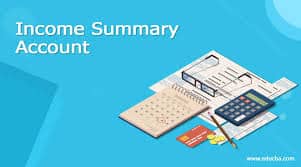 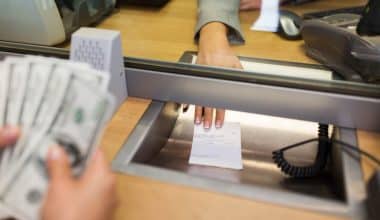