What did you look for in an automobile when you were a teenager? The winning cars for teens frequently featured cool styling, a powerful engine, and space for all of your buddies, right? Was that truly the best car for an adolescent, looking back? Or ought a teen’s first vehicle to be reasonably priced, durable, secure, and fuel-efficient? Although a $10,000 budget no longer allows purchasing a brand-new car, these cheap used cars for teens are a respectable substitute. So, in this article, we’ll go over the best cheap cars for teens.

There are many listings on the Internet, some excellent and some nasty. Several reliable resources are available to those looking for advice on good, cheap car purchases for teens. We chose to depend on the recommendations of the Insurance Institute for Highway Safety. This institution specializes in crash-testing vehicles and relaying the results to American customers rather than repeating those well-thought-out lists.

By receiving good scores in its moderate overlap front, side, roof strength, and head restraint tests, as well as a good or acceptable rating in the driver-side small overlap front test, the IIHS collaborated with Consumer Reports to publish a list of automobiles that are anticipated to be both dependable and safe. To confirm that any recommended cars had received four- or five-star ratings from the federal safety agency, they also cross-referenced their selections with crash-test data from the National Highway Traffic Safety Administration.

This information analyzes some of our recommendations depending on what matters to parents and/or their children. After all, we assume some parents may wish to reduce the field a little, given that 45 vehicles of every size and shape made the IIHS list. Without further ado, here are our recommendations for the top cheap cars for teens under the acceptable $20,000 price range.

The interior of the Volkswagen Passat is among the roomiest of any American sedan. The Passat sits between a midsize and a full-size vehicle, and its rear seat is competitive with many vehicles with significantly larger outward dimensions.

We advise looking for a 2018 or 2019 Passat with the 2.0-liter turbocharged four-cylinder engine and six-speed automatic transmission if you feel it is the best vehicle for your young driver. The third-generation engine used in these Passat models fixes issues with earlier iterations of the engine that VW and Audi shared.

Since most of us can remember, the Honda CR-V has always ranked among the best-sellers, and for a good reason. It perfectly mixes efficiency with sportiness, roominess, and outside dimensions. Sources that monitor this kind of data state that it is also highly trustworthy. It is a no-brainer to look at a CR-V if you locate one that is reasonably priced and well-equipped in your area.

The Chevrolet Volt is more than just a more fuel-efficient Toyota Prius rival (note that the Prius Prime used to be on this list large-ish but was removed as its price has increased too high). The Volt’s large(ish) onboard battery pack, which has a plug, can store enough energy to run the car for more than 30 miles on a single charge. The Chevy Volt continues to function as a productive hybrid vehicle after that. Despite having a sedan-like exterior, the Volt is a four-seat hatchback.

Whether you’re looking for good cheap cars for teens or want to park a reliable commuter car in your driveway, the Chevy Volt is one of the most incredible deals in America.

Due to their simple mobility, effective powertrains, and reasonable costs, the 2018–2020 Hyundai Kona sedans and hatchbacks make excellent vehicles for teenagers. However, the crossover reigns supreme in America, so if that’s what you’re looking for, your young driver might like the Hyundai Kona.

The best of the two engines available for the Kona is turbocharged and has a lot of power. Some owners who reside in places with bad weather may find an all-wheel drive attractive. The Kona has a lot of distinctive styling and vibrant hues, which could appeal to teens, unlike many other cars available in America.

If your young driver qualifies for the Subaru Crosstrek in every way but needs or wants something a size larger, have a look at the Outback. For the 2014 model year, Subaru’s long-running and adored raised all-wheel-drive wagon received a significant overhaul and an all-new stronger chassis, so that’s where we’d start our search.

The Subaru Outback has various engine options, in contrast to the smaller vehicles on this list. Although it’s continuously variable automatic transmission drones under constant acceleration, the standard 2.5-liter four-cylinder is probably more powerful enough for novice drivers. There is also a 3.6-liter six-cylinder engine available.

The midsize 6 sedan, like many Mazdas, is one of the most entertaining cars to drive in its class. But for a variety of reasons, used car purchasers simply don’t regard Mazda products with the same level of awe as they do rival brands like Honda and Toyota. This suggests that a rather nice Mazda6 might fit into this list’s under-$20,000 price range. It’s important to remember that the Honda Accord was a standout choice when we last reviewed our options. It appears that prices for secondhand Accords are rising over this coveted range.

Due to its possible third-row seat and large cargo capacity, the Kia Sorento offers more utility than several less popular crossovers. However, it isn’t as large as a truck-based SUV may be, especially in confined city parking places. For teen drivers, the Kia Sorento may make a lot of sense as an intermediate vehicle.

Our suggested Kia Sorento is the model year 2016–2020 vehicle. The 2017 and 2018 models are quite nice and recommended by the IIHS. If you can find a nice one in your price range, a refresh in 2019 will make those even more attractive.

Honda Civics is one of the most popular cars among teen drivers and our top pick for cars under $10,000. The Civic’s top recommended model years are between 2012 and 2015, and 2019 or newer.

The Toyota Prius is a classic among teens, with any model 2011 or newer receiving 5-star safety ratings and good crashworthiness.

The Subaru Legacy, another Subaru, makes our list of best cars for teens under $10,000 thanks to its low monthly cost and high safety ratings. Choose a model from 2013 or later for your teen driver.

The Toyota Camry has been on the IIHS’s list of top safety recommendations for the previous decade, making cars 2012 or newer an excellent choice for young drivers.

The Honda Accord, the model year 2012 or later, rounds off our list of the finest cars for teen drivers. Honda Sensing, a suite of sophisticated safety technologies such as lane assist and collision mitigation, comes standard on models built after 2017.

Purchasing your teen’s first car is a significant life event. Follow our automobile buying instructions and send them off in one of our suggested autos.

Purchasing a car for a teen looks different for each family. It’s not something that every household can afford. Setting a budget is a good idea for those who can. Just because you can afford to buy a brand-new sports automobile for your child does not imply you should. Vehicle selection can influence the dangers connected with teen drivers.

Our list prioritizes used cars priced under $20,000 in order to keep monthly payments affordable for the average parent or teen. However, if you want the latest technology, such as GPS navigation or speed limits, you may need to increase your budget and look for newer automobiles. Some of the cars and SUVs on our list are priced between $20,000 and $40,000 for the most recent models and have similar safety ratings.

The amount of use the car will receive is another issue that may influence your budget. For first cars, the average term of ownership is a little over four years. When shopping, take in mind whether your family intends to share the car among siblings and for how long. Will the automobile be passed on to future generations? Will your youngster drive himself to college? If you intend to keep this automobile for several years or children, it may be worth spending extra money on a newer, more reliable vehicle with low mileage.

#2. Concentrate on models manufactured after 2006.

Another reason to examine the year of manufacture of a vehicle is safety. While automobiles older than 2010 may retail for less than $5,000 and are often less expensive to insure, the safety features installed in more recent years outweigh the reduced price tag.

When looking for your child’s first car, safety should be your top consideration. Reduce your and your teen’s driving anxiety by inspecting and testing-driving cars equipped with advanced safety features such as:

A frequent inquiry from parents is how much it costs to add a teen to their vehicle insurance coverage. The answer varies greatly. Insurance premiums are affected by factors such as location, vehicle, age, gender, and driving history. Teens, on the other hand, are among the most expensive drivers to insure. A six-month policy costs the average teen (or parent) $1,332 in premiums.

You can save money on your teen’s insurance by doing the following:

Because of immaturity, inexperience, and social pressures, teenagers are among the riskiest drivers. As a result, their crash rates are about four times higher than those of drivers 20 and older. Teenagers can stay safe by picking the correct car, but it can be difficult to strike the right balance between all the elements that make a car suitable for novice drivers.

HOW TO BECOME AN ESCORT: Detailed Step-by-Step Guide 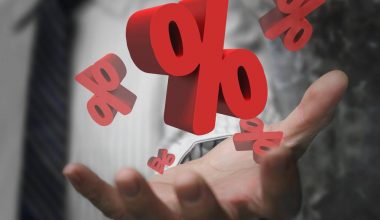