Of course, a variety of factors influence how much money you’ll make regardless of where you live. The amount you can expect to earn from your job is affected by both your chosen field and your level of experience. The area of the state in which you live will also have an impact on your pay. When calculating how much you can expect to earn in California, you should consider all of these factors and more. Having said that, let’s now discuss the average income in California by age, plus the median income by zip code in 2022.

Remember that California is a large state, so everything from the weather to the cost of living will differ depending on where you choose to settle. California has some of the highest incomes in the country with San Francisco and Los Angeles having the highest-paying occupations.

On the other hand, trade, transportation, manufacturing, utilities, government, IT & telecommunications, financial services, education, health care, and leisure are the largest job sectors available in California. They basically account for roughly 13% of the US gross domestic output.

Moreover, we all know how expensive it is to live in California. So, in 2022, what will be considered an average income in California? Obviously, we would think that a good or typical income ranges from $125k to $160k these days, but it also relies on your family circumstances and lifestyle, as well as the city and region within the state.

California’s average income is approximately $65,539 which is less than the national average of $66,665. Earnings in California range from $133,703 to $20,154; however, the majority of average-wage earners earn between $48,663 and $72,749. Although average income differs by area, research indicates that the chance for a pay raise on experience is minimal. The job market, on the other hand, is quite active. California ranks 17th among the 50 states in terms of average job salaries.

The following are some of the highest-paying jobs in California:

In California, the minimum wage applies to both salaried and non-salaried workers. There is also a minimum wage for exempt employees. Certain standards must be met by exempt personnel. In other words, they must earn a minimum wage that is twice the state minimum wage. If a company has 25 or fewer employees, the current minimum wage in California is $12 per hour. For larger businesses, however, the rate is $13 per hour. It is therefore expected that by 2022, the rate will have risen to $15 per hour.

Average Income in California by Age

Median Household Income in California by Age of Householder

The table below shows the median income of householders in California by age:

While Americans use the term “zip code,” most other countries use the terms “post code,” “postal code,” or “pin code.” The zip code is a system used by the United States Postal Service to identify and route mail to specific locations. ZIP is an abbreviation for Zoning Improvement Plan.

In California, the median income by zip code differs by country. This simply means that some zip codes are higher. Here are some of the highest zip codes in California.

Does the Cost of Living in California Correspond to the Average Income 2022?

California is a state of opposites. It is home to both wealthy and impoverished cities. As a result, determining the precise cost of living for the entire state is somewhat impossible

The major contributor to the cost of living in California is housing. The range of housing expenses in California is wide. Most California cities have higher rents than the national average. The median rent for a two-bedroom property in Los Angeles, for example, is $1752 which is over $577 higher than the national average. San Diego’s median rent, on the other hand, is $2030. Because the expenses of utilities, healthcare, and childcare are reasonable, the average pay in Los Angeles and San Francisco may be proportionate to the cost of living.

For the most part, utilities are quite inexpensive in most places in California. Food costs vary depending on where you reside. An adult in California requires a living salary of around $30,392 before taxes, according to the MIT Living Wage Calculator. A dozen eggs and a gallon of milk cost roughly $1.83 and $2.91, respectively. Depending on where you live, the costs may be greater.

Furthermore, the state boasts a dependable public transportation system. Long lengths of highways and high-quality infrastructure are also available. Although transportation expenses vary from city to city, the average cost is $4.09. Annual insurance costs $1,846, which is significantly higher than the national average.

In summary, California is an expensive place to live. If you intend to relocate to the state, you should perhaps consult with a financial expert. They can assist you in navigating life in the state.

Downsides of Living in California

While there are many advantages to living in California, the great weather and pleasant neighbors come at a price.  As a result, it’s critical for many Americans and foreigners considering relocating to California to examine the financial implications of doing so.

Financial expenses, such as the cost of living, property prices, and taxes, can be substantially greater than in other states in the US due to the high quality of life.

Away from the high zip code, the median and average income in California, let us look at the downsides that come with living in California.

As previously said, the golden state has a higher than average cost of living when compared to other states in the United States. In California, everything costs a little more, from rent to minor things like haircuts and clothing.

Therefore, adjusting your lifestyle and creating a realistic budget for all fees, including emergency medical expenditures and travel expenses, is a good method to prepare for these higher costs.

In California, you can count on sunshine and good weather 99 percent of the time. One of the main reasons why Americans go to the shore is because of this! Unfortunately, living near the sea brings with it an unpredictably changing climate and weather.

Hurricanes frequently strike coastal communities, wreaking havoc on property and even killing people. Storms, hurricanes, tsunamis, and flooding are all possible natural calamities in California, so be prepared.

If you’re considering the benefits and drawbacks of living in California, you’re not alone! Yes, several California cities are deemed overcrowded. As a result, housing, along with schooling, transportation, pollution, and a variety of other concerns, becomes a concern. California is a wonderful place to live, but it may be a little too wonderful!

The state of California, unfortunately, is experiencing a pollution problem. Pollution has been accumulating for decades in areas like Los Angeles and San Francisco as a result of too many cars. Thankfully, the California government is taking significant steps to address this issue, including improved public transit, carpooling, and climate change programs to reduce the effects of human-caused pollution.

#5. Transportation Services are Below Average

As a result, cities like Los Angeles, San Diego, and San Francisco have many more cars on the highways than they need, producing gridlock and potential accidents.

California’s government taxes and property taxes are higher than those in other US states. This is due in part to the higher expense of living that comes with a higher standard of living. It is also attributable to overcrowding and the poor quality of medical facilities, schools, and recreational facilities.

Is it possible to place a price on a decent education? Yes, of course. Private grade school tuition in California is relatively high, putting a strain on young families with several children. In terms of universities, the average college student in California can expect to pay more than $20,000 in tuition costs. Expect hefty student debt if you plan to study in California and aren’t relying on scholarships.

FAQs On Average Income in California

What is a good average salary in California?

What is a good annual salary for a single person?

While a single person’s pay will vary depending on where they reside, the median household income in the US is $67,521. Hence, a  single person earning at least $67,521 can be considered a decent salary, but this is commonly based on numerous salaries in the same household.

What is a good salary in US California?

California’s average wage is $63,783. That’s the median salary, which basically represents average salaries in California better than the mean. Salary: $91,149. Your wage in California is heavily influenced by your location and work.

Is it worthwhile to live in California?

For the most part, living in California is a wonderful experience. Furthermore, if you’re willing to put up with greater living costs and spend a few hundred thousand dollars more on a home, then the golden state lifestyle is superior to that of many other areas in the world.

What is minimum wage in California? 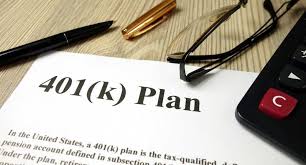 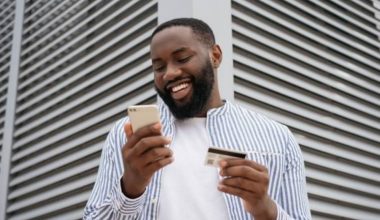