The return on invested capital (ROIC) formula is one of the more advanced profitability ratios used in the financial analysis of a business. It is also one of the more overlooked but useful financial ratios for businesses and investors alike. In addition to the use of ROIC for business financial analysis, it can be used for valuation purposes by potential firm investors. The ROIC allows you to make better decisions about the business firm since it uses more specific information than the return on equity ratio.

What exactly is Invested Capital?

Invested capital is a source of funding for a company that allows it to pursue new opportunities such as expansion. Within a company, it serves two purposes. First, it is used to purchase fixed assets such as land, a building, or machinery. Second, it is used to cover day-to-day operating expenses such as inventory purchases and employee salaries. For a variety of reasons, a company may prefer to obtain invested capital funding over a bank loan.

How Will Investors Evaluate Capital?

When a company issues stock, for example, it is under no obligation to pay dividends. When compared to paying interest on a bank loan, this makes it a low-cost source of capital. If a company does not qualify for a large bank loan with a low-interest rate, it may prefer to obtain funding through shares and bonds.

An investor evaluates invested capital using metrics such as the return on invested capital (ROIC) ratio. An investor will use this ratio to determine the value of a company. A higher ratio means that a corporation is a wealth generator and can use invested funds to produce higher profits as compared to other firms.

The ratio demonstrates a company’s ability to drive profits from its capital by dividing revenue by capital invested. A higher ratio in comparison to its rivals indicates that the business is running more effectively.

Money put in a business by creditors and shareholders is referred to as invested capital.

Invested capital is used by businesses to grow operations and further develop the company. The return on invested capital (ROIC) ratio is used by investors to measure the efficiency with which a business uses capital.

This statistic can be calculated in two ways: the operating approach and the funding approach.

How is Invested Capital Determined?

The Invested Capital formula is as follows:

The funding strategy’s formula is as follows:

Worked Example of the Operating Approach

The following is the information for Company A:

For the operating approach, the numbers needed are (1) working capital, (2) PP&E, and (3) goodwill & intangibles. Firstly, to get the net working capital figure,  subtract the non-interest-bearing liabilities from current operating assets. Next, to get the PP&E, add manufacturing plant A with manufacturing machinery. Lastly, to get the goodwill & intangibles, add the goodwill amount with proprietary technology. The last step toward getting the invested capital is to add the three categories together.

Worked Example of the Financing Approach

The following is the information for Company B

For the financing approach, the main numbers needed are (1) total debt and leases, (2) total equity and equity equivalents, and (3) non-operating cash and investments. To calculate total debt and leases, add the short-term debt, long-term debt, and PV of lease obligations. Next, to get the equity and equity equivalents, add the common stock and retained earnings together. Lastly, to get the non-operating cash and investments, add the cash from financing and cash from investing. The last step to get the capital input is to add the three sums together.

What Is Return on Invested Capital (ROIC)?

Comparing a company’s return on invested capital with its weighted average cost of capital (WACC) reveals whether invested capital is being used effectively. This measure is also known simply as “return on capital.”

The Return On Invested Capital (ROIC)

How to Calculate Return on Invested Capital (ROIC)

The formula for ROIC is:

You can calculate the ROIC formula by assessing the value in the denominator, total capital, which is the sum of a company’s debt and equity. There are a number of ways to calculate this value. One is to subtract cash and non-interest-bearing current liabilities (NIBCL)—including tax liabilities and accounts payable, as long as these are not subject to interest or fees—from total assets.

Another, more precise way to write the ROIC formula is:

A third method of calculating invested capital is to add the book value of a company’s equity to the book value of its debt and then subtract non-operating assets, including cash and cash equivalents, marketable securities, and assets of discontinued operations.

You can also calculate the value in the numerator in several ways. The most straightforward way is to subtract dividends from a company’s net income.

How To Calculate NOPAT

On the other hand, because a company may have benefited from a one-time source of income unrelated to its core business—a windfall from foreign exchange rate fluctuations, for example—it is often preferable to look at net operating profit after taxes (NOPAT). NOPAT is calculated by adjusting the operating profit for taxes:

Operating profit is also referred to as earnings before interest and tax (EBIT). Many companies will report their effective tax rates for the quarter or fiscal year in their earnings releases, but not all companies do this.

How to Use Return on Invested Capital (ROIC)

ROIC is always calculated as a percentage and is usually expressed as an annualized or trailing 12-month value. It should be compared to a company’s cost of capital to determine whether the company is creating value.

If ROIC is greater than a firm’s weighted average cost of capital (WACC), the most common cost of capital metric, value is being created, and these firms will trade at a premium. A common benchmark for evidence of value creation is a return in excess of 2% of the firm’s cost of capital.

If a company’s ROIC is less than 2%, it is indeed a value destroyer. Some firms run at a zero-return level, and while they may not be destroying value, these companies have no excess capital to invest in future growth.

ROIC is a critical and informative valuation metric to measure. However, it is more necessary for some industries than others, since companies that run oil rigs or produce semiconductors spend far more money than those that need less equipment.
Return on Invested Capital Limitations (ROIC)
One disadvantage of this metric is that it does not indicate which part of the company is producing value. If you base the estimate on net income (minus dividends) rather than NOPAT, the effect may be much more ambiguous, as the return could be the result of a single, non-recurring occurrence.

ROIC gives the explanation for other metrics, including the P/E ratio. When viewed in isolation, the P/E ratio may indicate that a stock is oversold; however, the decrease may be due to the fact that the company is no longer producing value for shareholders at the same pace (or at all). Companies that regularly produce high rates of return on invested capital, on the other hand, probably deserve to trade at a premium to other stocks, even though their P/E ratios seem prohibitively high.

Consider Target Corporation’s (TGT) fourth-quarter 2018 earnings release as an example. The following components were used to measure the company’s trailing 12-month ROIC for that year:

The ROIC measure starts with profits from ongoing operations before interest payments and income taxes (EBIT), then adds operating lease interest and subtracts income taxes, yielding a net profit after taxes of $3.5 billion (the numerator). 1 Add the present portion of long-term debt and other borrowings, followed by the non-current portion of long-term debt, shareholder equity, and capitalized operating lease obligations.
Subtract cash and cash equivalents from the net assets of discontinued activities to arrive at $22.2 billion in gross investment capital. When you multiply this number by the accumulated capital at the end of the previous year ($22.3 billion), you get a denominator of $22.2 billion.
The after-tax return on invested capital is 15.9 percent as a result. The corporation attributed the rise over the previous year primarily to the impact of the late 2017 tax bill.

Moreover, since you hide asterisked values in an addendum, this estimate would have been difficult to derive from the income statement and balance sheet alone. As a result, estimating ROIC can be difficult, but it is worthwhile to arrive at a ballpark figure in order to evaluate a company’s productivity in putting resources to work.

Generally, ROIC will never tell you which aspect of the business is generating revenue.

Can ROIC be improved?

How does ROIC compare to other financial metrics?

ROIC is a comprehensive metric that takes into account a company’s profitability and its use of capital. It can be compared to other financial metrics such as return on equity (ROE) or earnings before interest and taxes (EBIT) to better understand a company’s financial performance.

How does ROIC impact a company’s valuation?

What is the relationship between ROIC and profitability?

How does ROIC impact a company’s credit rating?

How does ROIC impact a company’s stock price?

What role does management play in improving ROIC?

Management plays a crucial role in improving ROIC, as they are responsible for making decisions that impact the company’s profitability and use of capital. Effective management can improve ROIC by implementing strategies such as increasing operational efficiency, reducing debt, or optimizing the company’s capital structure.

How can ROIC be used in valuation models?

ROIC can be used in valuation models because it is a measure of the efficiency with which a company uses its capital to generate profits. By incorporating ROIC into a valuation model, investors can better understand a company’s financial performance and make more informed investment decisions.

How do you calculate return on invested capital?

Formula and Calculation of Return on Invested Capital (ROIC)

Written another way, ROIC = (net income – dividends) / (debt + equity). The ROIC formula is calculated by assessing the value in the denominator, total capital, which is the sum of a company’s debt and equity.

As of January 2021, the total market average ROIC is 6,05%, without the financial companies, it is 10,58%. It’s also interesting to see how much ROIC numbers can vary from industry to industry. Many sectors have an average ROIC in the low to mid-teens, while some either offer much lower, or exceptionally higher ROICs.

Is 5 percent a good return on investment?

What is a good ROIC percentage? 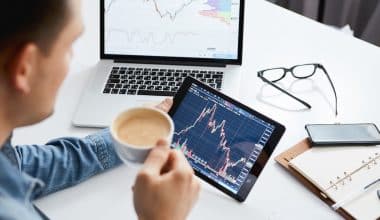 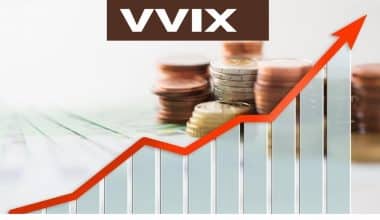 Read More
IInvestment
Table of Contents Hide What is VVIX?Why is VVIX Important?Features of the VVIXHow to Measure Market Volatility With…