Home NEW STOCKS TO THE MARKET: Top Stocks to Watch in 2023
IInvestment

NEW STOCKS TO THE MARKET: Top Stocks to Watch in 2023

Various new stocks rise to prominence on the stock market due to the ebb and flow of macroeconomic trends. These stocks may be issued as an initial public offering (IPO), but they are more often the shares of well-established businesses that have just seen a dramatic uptick in their financial fortunes. In this primer, you’ll learn about the best new stocks to buy in 2023, including which firms have the most promise and how to start investing in the stock market immediately without having to pay broker fees.

New Stocks to the Market

Growth stocks make up most of the stocks on our list of the most popular new stocks in the market. Growth stocks have recently struggled due to rising prices and worries about interest rate increases. But if you routinely invest in equities, you probably already know that these traits are cyclical and that these companies can be in a good position to recover quickly.

The following list and analysis include a selection of stock investment choices as well as the top ten new stocks that are currently trading in the market:

Stripe specializes in application programming interfaces and online payment processing software for mobile apps and e-commerce websites as a provider of financial services and software as a service. In March 2021, the company’s most recent private fundraising round valued it at an incredible $95 billion, making Stripe one of its biggest initial public offerings. But according to a July Wall Street Journal report, Stripe allegedly decreased the internal value of its shares by 28% or worth $74 billion. Investor T. Rowe Price has lowered its valuation of Stripe shares to the point where it now implies a $59 billion price.

VinFast is the brand name for the electric vehicle section of Vingroup, the largest company in Vietnam. The company claims that by the end of 2022, it will begin shipping SUVs to the US, Canada, and Europe to increase sales from 42,000 vehicles in 2022 to 750,000 vehicles by 2026. VinFast had wanted to raise $3 billion at a $60 billion IPO valuation, but at this point, such a high valuation is overly optimistic.

VinFast declared in July that it had at least $4 billion in bank financing to assist its development in the US, which will involve the construction of a factory in North Carolina. The company has completed the necessary steps to launch an initial public offering (IPO) in the United States. Still, the most recent funding initiative might push back the sale until at least 2023.

Databricks is the top supplier of artificial intelligence-based tools for massive data management and visualization that simplify database maintenance. According to the firm, revenue in 2022 surpassed $1 billion, up more than 75% from revenue in 2021. Databricks raised $1.6 billion in 2021 with a valuation of $38 billion; however, likely, the sluggish 2022 tech industry has drastically decreased this valuation.

Mobileye creates cutting-edge driving assistance systems using semiconductors, software, and cameras. They had previously gone public in 2014 for $5.3 billion before being acquired by the largest chipmaker in the world, Intel Corp. (INTC), in 2017. Intel will now relist Mobileye through an IPO on the open market. Originally slated to go public in the middle of 2022, Mobileye was estimated to be worth more than $50 billion by media sources. However, Bloomberg reported in September that Intel is now looking for a $30 billion IPO price for Mobileye in the competitive market, according to persons familiar with the process.

However, since then, Impossible Foods’ rival and publicly traded Beyond Meat Inc. (BYND) has had its share price fall by about 80%, so its worth has likely declined dramatically. While Beyond Meat’s sales growth dropped into negative territory in the most recent quarter, Impossible forecasted an 85% increase in retail revenue in 2021.

Buy-now, pay-later (BNPL) services are the area of expertise for the Swedish fintech business Klarna, which offers online financial services. According to reports, Klarna was mulling an IPO in 2022 with a $50 billion value, but an IPO at this time would probably fetch a far lower price. Affirm Holdings Inc. (AFRM) shares, a rival of BNPL, are down over 75% this year. As opposed to a $45.6 billion valuation in June 2021, Klarna raised $800 million in fundraising in July at a post-money valuation of just $6.7 billion. Yet, according to Klarna, its market capitalization has increased by more than three times since 2018.

Chime is a fintech company that provides additional financial services, including digital banking, to low-income and underbanked people. Instead of using intrusive and frequently even predatory overdrafts and monthly fees, Chime makes money through its Visa Inc. (V) debit card products. Chime earns a share of the interchange fees each time the card is used. When the company’s market value was $25 billion in the first half of the year, Goldman Sachs directed the IPO. Regrettably, Barron’s reported in late May that because of unfavorable market conditions, the Chime IPO has probably been delayed until at least 2023.

Instacart, a company that offers grocery pickup and delivery services, has been increasing growth numbers that unquestionably draw the attention of investors. According to an August Wall Street Journal article, Instacart’s sales surged by 39% to $621 million in the June quarter, marking the company’s highest growth rate ever.

According to sources, Instacart made money throughout the quarter, which is unusual for high-growth tech IPOs. In March, Instacart’s anticipated IPO valuation was lowered by nearly 40%, potentially giving it a new value of about $24 billion. Given the astounding growth rates of the firm, the timing of Instacart’s IPO may have more to do with the state of the IPO market as a whole than the company itself.

Discord, a social networking and messaging platform saw a rise in usage among bitcoin dealers and gamers during the outbreak. The company was allegedly hiring investment bankers in front of a potential IPO by the end of the year, according to a March 2022 Bloomberg article. The management of Discord turned down Microsoft Corp.’s (MSFT) $12 billion purchase offer in 2021 because they were so confident in the company’s potential value increase. Discord raised $500 million, or $14.7 billion, in September 2021. The estimated worth of Fidelity’s portion of Discord decreased by 32% in June, bringing it closer to $10 billion.

After discreetly filing for an IPO in 2021, the popular social networking and messaging platform Reddit is expected to go public in 2022. Reddit may have even selected Morgan Stanley (MS) and Goldman Sachs Group Inc. as the principal underwriters for its IPO in January 2022. (GS). In its most recent fundraising round in 2021, Reddit’s value was believed to be over $10 billion, and the company reportedly wanted a $15 billion IPO price.

However, the negative performance of the IT stock market in 2022 might have had a considerable impact on Reddit’s market value. According to reports, Fidelity decreased the anticipated value of its Reddit shares by more than a third in April 2022.

Rivian, an electric pickup truck business financed by Amazon, went public in late 2021 to much fanfare, but the challenging market conditions have made it difficult to navigate. Nevertheless, as it struggles to create enough vehicles to meet demand, Rivian’s market valuation has fallen to $30 billion.

Nevertheless, it’s simple to understand the appeal: Americans adore pickup trucks, and Rivian’s R1T has a great design. With a price tag of $70,000, this vehicle claims to be mobile anyplace. Although the chip scarcity has slowed production, Amazon will still purchase 100,000 vehicles once Rivian is operational.

How Do You Find New Stocks on the Market?

Knowing where to seek while looking for the most popular new stocks or the most undervalued ones in the market is critical. There are thousands of equities to choose from, with more being added daily, so the number of possible options can sometimes be overwhelming.

With that in mind, here are four strategies for finding new stocks with significant growth potential in the 2023 market:

Social media is a wonderful method for discovering fascinating stocks to invest in, particularly new meme stocks. Many investors who acquired GameStop stock before the short-squeeze obtained their knowledge from Reddit, the first social media network to become aware of the massive growth possibility.

Subreddits like WallStreetBets frequently discuss the most popular new stocks to be aware of. Aside from Reddit, other social media platforms such as Twitter and Instagram can be used to research stocks. However, keep in mind that the opinions on these websites are subjective, which means you must mix them with your research to get the best results.

#2. Keep up with Market News

Because the stock market is always evolving, important news developments can occur anytime. Tilray perfectly illustrates how these announcements can propel some stocks into the popular spotlight. Thus, it’s vital to keep tabs on major financial news sites to ensure you’re aware of the newest goings-on, enabling you to make investments at the proper time.

Earnings announcements are a great place to look for new forthcoming stocks. Within these earnings statements, the CEO or CFO of the company will frequently discuss future intentions, which may include an IPO for non-listed companies. Furthermore, maintaining track of an intriguing company’s financials can suggest whether it has the potential to go public shortly, giving you a leg up on other investors.

Finally, looking for impending IPOs on official websites can help you locate new stocks to watch. Regarding US-based stocks, prominent exchange websites such as the NYSE or NASDAQ frequently feature a page dedicated to impending IPOs. Regularly reviewing this page guarantees that you don’t miss out on any investing possibilities, as IPOs often allow you to purchase shares at a reasonable price.

What Are New Companies in the Stock Market?

What Are the Top 10 Stocks to Buy Right Now?

Where Should I Invest Right Now?

This article has explored a selection of the most popular new stocks to watch this year, outlining what they are and why they are so highly valued. Although new stocks are riskier to invest in, they have the potential to outperform the market, making them an appealing option for investors with a higher risk tolerance.

REAL STATE INVESTING WITH NO MONEY: How to Get Started!

UNSECURED BUINESS FINANCE: What it is and How it works 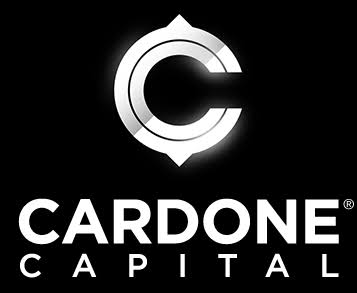 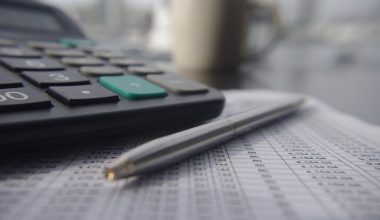