The current information of the Top Swiss watch brands is even more open to interpretation. Join us on a brief journey to the heart of mechanical watchmaking. This journey will not end in Geneva, the watchmaking capital of the world. Which is home to two of the world’s most successful and renowned brands. It will also take us to Switzerland’s less-populated valleys, and there are almost quite so many watchmakers as inhabitants. Continue reading to find the most affordable list of swiss watch brands, luxury and top best swiss watch brands.

The term “Swiss Made” is not just another commodity tag for a country of origin. But an endorsement and a globally recognized mark of quality. Today, Switzerland accounts for more than half of all luxury watch brands. When it comes to craftsmanship, it’s often only a fine difference that separates this group of watchmakers. This is also why the majority of people do not choose a watch brand solely on the basis of objective standards. But rather on the basis of “soft” factors such as the public image associated with a Swiss watch producer.

Apart from the movement, design, showcase, energy source, and usability, the majority of serious watch enthusiasts and collectors consider the location of the timepiece’s manufacture. Swiss-made watches are extremely popular.

Swiss watches, regardless of brand, have an earned history for superior quality. Switzerland has a strong tradition of watchmaking and the sector is extremely regulated. The Swiss-Made label is subject to stringent regulations. As a result, the majority of Swiss watch brands are considered extremely expensive. Also, the large percentage of luxury watch brands originate in Switzerland.

Many people are confusing Swiss watches with ultra-luxury and celebrity brands such as Patek Philippe or Audemars Piguet. However, if you want to own a real Swiss watch without spending lots of money. We have some good news for you. We’ve compiled a list of affordable Swiss watch brands that are worth considering. As well as you won’t break the bank in this post. Additionally, we’ve included a brief summary of each brand.

Hamilton began as an American watch brand in Pennsylvania and changed hands several times. Before becoming a part of the Swatch Group. However, it is now officially a Swiss brand, with its headquarters in Bienne, Switzerland and are watches powered by Swiss ETA automatic movements.

Hamilton is considered to be on the lower end of the Swatch Group. As it is only a mid-priced brand, particularly when compared to other Swiss brands in the Group. Such as Longines, Omega, and Glashutte Original.

Notwithstanding, Hamilton is extremely well-liked and respected by watch enthusiasts due to their premium quality at very affordable prices. Its classic style, similar to a lot of the 1920s, 1930s, and 1940s, is also popular. However, Hamilton has recently tested with sporty and modern designs in order to provide a broader range of options for its consumers.

When Karl Elsener founded the brand in 1884 in Schwyz, Switzerland, its primary product was Swiss Army knives. However, in 1908, another brand – Wenger – began supplying knives to the Army as well. This new market created a favorable environment for healthy competition between the two brands.

Until 2005, when Victorinox acquired Wenger. Victorinox also explored the business of manufacturing other types of products, including watches, travel gear, fragrances, and household and professional knives, as part of this company development.

Its watch production began in the United States and was dubbed the “Swiss Army.” However, the brand’s website indicates that the majority of its timepieces are already manufactured in Switzerland. Additionally, Victorinox assures its customers that all of its products, including its watches, adhere to the highest manufacturing standards. And, despite the brand’s lack of focus on timepieces, Victorinox garners praise and positive feedback from a variety of watch enthusiasts.

Glycine was discovered in 1914 in Bienne, Switzerland. By 1930, it had changed its attention from ladies’ watches to self-winding watches. This initially increased the brand’s popularity, particularly in America and England. However, it was not until 1953, with the release of Airman, that Glycine gained widespread recognition. Airman quickly gained a following among pilots, jet setters, and frequent flyers.

Since its big break with the Airman, the brand has continued to improve its products and expand its collection of dependable, accurate, and tough collections.

The brand began in 1881 as LAI Ditescheim & Freres SA. And was renamed in 1983 after being acquired by an American company. Despite this, Movado watches remain authentically Swiss-made due to the company’s Swiss manufacturing facilities. On the other side, the company’s headquarters are located in New Jersey.

As in the other brands on this list, Movado’s products are not called great, but their superior quality. As well as unique design, beginning with their logo, have endeared them to a wide range of watch enthusiasts and collectors.

Following that, if you’re considering which Movado watch to buy, the Movado Museum Watch has been one of the brand’s greatest popular pieces since 1947. It was so noteworthy that it was included in the New York Museum of Modern Art, hence the name.

Today, life moves at a rapid pace. Timekeeping is essential in today’s fast-paced world. So why not do it in style, sporting one of the world’s finest Swiss luxury watch brands on your wrist?

Luxury watches are destined to never go out of style. Even though our phones now include clocks, nothing beats the outstanding elegance of a finely crafted timepiece. Unexpectedly, verifying the time becomes an enjoyable activity.

A correct mechanical watch is more than a timepiece. A high-end timekeeper is an emotional purchase. A priceless possession. And it is almost certain that it will become a prized family heirloom.

Not to mention the fact that a designer watch is an enduring symbol of taste and complexity. Because what better signifies luxury than a Rolex? What better way to express difference and fashion flair than with a Patek Philippe?

A rising watch is a work of art. It is a testimony to centuries-old engineering techniques and traditions. Indeed, the most eminent watchmakers create mini works of art.

Wearing the best watch entitles you to membership in a truly exclusive club. After all, these are the wrist watches that presidents, Hollywood celebrities, and royalty wear.

A good starting point is this list of the 21 best luxury watch brands available today. With a worldwide reputation for producing high-quality timepieces. Exquisite craftsmanship, unmatched aesthetic sensibility, and a desire to push the boundaries have established these brands as the best luxury watchmakers in the world today.

Numerous tend to associate affordable Swiss watch brands with ultra-luxury. As well as celebrity brands such as Patek Philippe or Audemars Piguet. However, if you want to own a real Swiss watch without spending a fortune, this article has the guideline. Read again! For more articles on brands, visit the BusinessYield blog post.

Which Watches Are Swiss Made?

Below are list of watches which are swiss made:

Are Swiss Made Watches good?

How many watch brands are there in Switzerland?

Is Tissot a luxury brand?

Tissot is a luxury watch brand from Switzerland. Tissot was founded in 1853. Since 1983, Tissot belongs to the Swiss conglomerate Swatch Group (Longines, Breguet, Blancpain, Omega). 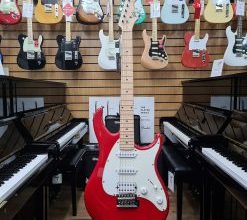