Home How To Make Your Idea Work. Part 1
SStarting a business

How To Make Your Idea Work. Part 1

“Ideas rule the world” is a popular quote used by people to describe the effects of ideas on the world economy.
Of a truth, ideas have a way to affect our systems of operations if our idea validation is correct. They can dramatically change the concept of things around them. Here we will make a deep point on how to make your idea work.

Do They Really Rule The World?

Let’s start this by describing a simple scenario when you told someone about your ideas. You passionately say, “Hey, I have this idea to… (insert that idea you have told someone about).” At the end of the talk, most often than not, their response would be like this; “wow! this is really a good idea, I think you can make this work”

Ideas will place a sense of responsibility upon the carrier of the ideas. In the real sense when you conceive an idea, it’s not your ideas that rule the world but the result of your idea.

It might excite you to know that in the world, millions of ideas are generated every day (yours inclusive), and not up to 1% of these ideas are executed. Some of these ideas don’t even see the break of the next day while some end up in the minds of the individuals. 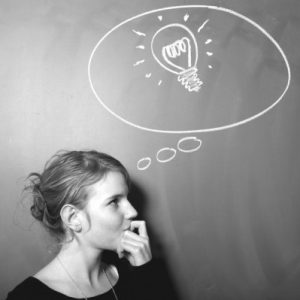 What Makes an Idea Creative?

The concepts that best-balanced novelty and recognizability were regarded as the most inventive. According to Toubia, there must be a twist if a concept is to be perceived as novel and intriguing.

Why is An Idea So Powerful?

A thought can also produce an intangible result. unobservable or untouchable anything. An idea can inspire the development of a concept, theory, method, philosophy, and many other things. A new concept can inspire additional ones.

Read: Mistakes you Should Avoid as a Start-up Entrepreneur

How to Work Your Ideas?

So, you think you got the best of ideas the world has ever seen. You think when your ideas are fully blown they would cause a revolution, they would change the cause of things, they would better the world economy, they would yield great profits such that would enlist you among the top richest in the world. Then, what are you waiting for?

We have been able to establish that your idea is a good as nothing without execution. The big question is now, how do I make my idea work?

These is how I recommend ideas to be treated. Your ideas should pass through these stages; 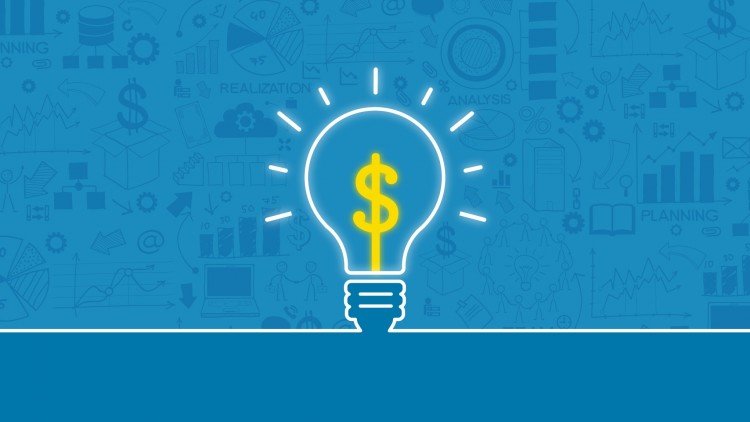 The potency of an idea is not how it looks in the head but the market value as placed by real people.

Idea validation is a process required to test the value of an idea. It gives indicators to which idea is worth pursuing and which should be neglected.

Not all ideas will end up the way they are in the head. In fact, ideas in the real world are different. I have come to understand that the fact that people seem to love your idea does not mean they can pay for it.

I have outlined five (5) processes below to help you out in your idea validation and to check the market potency.

The first of five (5) processes to get your idea validated, is to get it out of your head.

So many times I have felt I had a whole lot about an idea right in my head but will end up finding out that there is really nothing big about the idea. This does not say my ideas were not good, but then, on paper, they were not as cumbersome as they are on my head.

The process of idea validation will require communication. You will need to communicate your ideas to real people. Therefore, if you cannot communicate the idea first to yourself by writing them down, then you might need to take a little more time to think it out.

You can do this for your next idea; take a paper or booklet and try to write your idea like you are writing to someone who would buy from you.

Note: You don’t need to be perfect at the first try. You keep doing it until you think the idea is best communicated.

Has anyone tried out what you have in your head before?

Someone once said, “nothing is new under the sun”. This statement has a level of truth attached to it. You are not the first person to think about that idea. In fact, some people have gone to execute it.

You can go ahead to search the internet and other resources to see what you can find out about this idea. Most importantly, don’t feel disturbed that someone has started whatever you had in mind. It only means you would need to find out ways to get better at it if the idea is eventually what you would like to work on.

Who do you wish to sell to?

At this point, you would need to create a wish list that contains the names of every one of your potential buyers. By potential buyers, I mean people who would not just “love your idea” but are willing to pay for the idea because it solves their problem or helps them get answers to their questions.

Please note; I would advise you not to include friends and families in your list because they might not be exactly truthful to you.

The next thing you should do is to meet with your potential buyers. This you can do by scheduling a physical meeting with them to ask them specific questions that would reveal their willingness to pay to get your solution.

Taking it further would be to create a test product and probably allow them to use for a period of time such that would help them make sincere decisions.

The final stage of validating your ideas is to put your result together and review every part of it. This is important to making the decision to carry on with your idea or discard the idea.

Read: How to have a great product launch

How Do You Turn Your Ideas Into Action?

You must carve out the time to carry out your strategy once you’ve chosen which idea(s) to put into action. Getting focused entails making the necessary time and space for the idea to materialize. It needs to go from the idea stage into execution. Concentrate your efforts on achieving that.

Can I Sell My Idea to Google?

What Makes An Idea Successful?

A successful idea is one that has the potential to succeed and is then put into practice utilizing a tried-and-true procedure.

Can You Sell Just An Idea?

You cannot sell a concept that you don’t possess. The only real option you have is to patent your idea, but doing so might require creating a prototype that integrates the idea, which might be more work than you’re willing to put in to get a sale.

Can You Sell Just An Idea To A Company?

You can sell your company’s concept to large corporations or investors who will pay you upfront before you launch the product. Licensing is the name of this type of business strategy.

If you are going to go ahead pushing your idea, saying you are ready to make it work; then you are welcome to read the other part of this write-up. I will be dealing with creating plans, strategies, and then execution.

If not, you can think of another idea and repeat this process with that idea. Together, we would rule a better world!

What is idea generation and validation?

Idea validation is a process required to test the value of an idea. It gives indicators to which idea is worth pursuing and which should be neglected.

What are the steps in validating an idea?

I have outlined five (5) processes below to help you out in your idea validation and to check the market potency.

I am enthusiastic about individual and business growth and a hardcore evangelist of self discovery and development. I build businesses and develop sales strategies for startups as well as planning & managing corporate events for businesses, organizations and individuals.

How To Make Your Ideas Work. Part 3