Are you prepared to take the leap from employee to business owner? Well, you are not alone. The United States Census Bureau reported that more than 3.2 million new business applications were submitted and scheduled to start in the first three quarters of 2020 alone from different states.
However, the location of your new venture might be equally as pivotal as the business itself. We’ve done the research to help you save time and effort by identifying the 10 best states for new businesses to consider this year. Our evaluation is based on the six most important aspects of a business that entrepreneurs often overlook.

Six Most Important Aspects of a Business That Entrepreneurs Overlook

Each business is unique, and owners will almost certainly employ extra indicators that are more relevant to their own personal tastes as well as those pertinent to their industry.

Different states use various features and statistics to position themselves as the most business-friendly. To level the playing field, we used a broad and all-encompassing collection of parameters. To determine the best states for launching a company, we looked at multiple federal and state government reports, independent research, and answers from real business owners from throughout the country.

The following are the top 10 states to start a business in 2022:

The Lone Star State is the best state for launching a business because of its business-friendly performance across the board. In recent years, Texas has experienced remarkable economic expansion. Every month, an increasing number of new entrepreneurs emerge in the state, with an average of 400+ Texans starting a business every day.

It has one of the best business environments in the country, with no personal or company state income taxes. This makes it one of the greatest states for launching a business in terms of taxation. Texas, as the second-most populous state, has an abundance of labor. A wide number of cities and colleges help ensure a skilled and young workforce.

Texas boasts one of the best rates of business survival in the United States, as well as a low risk of natural disasters and a well-developed infrastructure to support business expansion. There is only one disadvantage to launching a business in Texas. The cost of doing business in this state is higher than in others.

#2. Utah – Best State for Business Financing to Start a Business

Utah is the second-best state for business registration, with a rapidly rising working population and a well-developed economy. The Beehive State boasts a large supply of workers, a friendly regulatory framework, and readily available corporate funding. As a result, it has the second-fastest growth in the number of small businesses and therefore one of the best states to start any business. In addition, it was named the top state for entrepreneurs in 2020.

With plenty of venture capital available, Utah is the best state to receive money to launch your company. When it comes to finances, the state is known for its tax environment which is beneficial to small businesses. Its individual and corporate income tax rates are 4.95%, which is lower than the rates in most other states.

Utah, like Texas, isn’t the most economical state in terms of labor costs and overall business costs. Nonetheless, it boasts high consumer expenditure and a five-year business survival rate of about 50%.

Montana, often known as the Treasure State, welcomes small enterprises with startup-friendly legislation, no state sales tax, and a 53.4% five-year company survival rate. It has a rapidly rising economy, low labor costs, and is immune to natural disasters.

The corporate income tax rate of 6.75% isn’t the best, but it’s also not too bad. Montana does not have as much consumer expenditure as Texas or Utah, but it is increasing. Despite this, the Big Sky Country is the third-best state for beginning a business due to its permissive regulatory framework and low property costs.

Georgia, the Empire State of the South, is known for its well-developed infrastructure, powerful economy, and trained workforce. The state government works hard to assist businesses to flourish and to make it easier to finance small businesses.

It has one of the highest levels of venture capital available, making it an excellent spot to go if your business needs funding. Georgia has one of the most lenient payroll regulations in the US, with one of the lowest state minimum hourly wage rates. Individual and corporate income tax rates in Georgia are 5.75%, and the state has a cheap cost of living, making it an ideal spot to establish a business.

Florida is home to four of the smallest business-friendly cities in the country: Jacksonville, Orlando, Fort Lauderdale, and West Palm Beach. It has no state income tax on individuals and a moderate corporate income tax rate of 5.5%. Not only that, but low rates on various other forms of state taxes make it the greatest state for tax purposes for launching a business.

The number of new entrepreneurs has continuously increased in recent years, yet it is difficult to achieve long-term success in Florida. The Sunshine State has a five-year business survival rate of 49.5%, which suggests that more than half of new SMBs will fail here.

Furthermore, it is more vulnerable to natural disasters. Despite these disadvantages, Florida remains a viable alternative due to its low labor costs and easy access to financing.

#6. California – Best State to Start a Business for Innovation

California, home to Silicon Valley, is at the forefront of technological innovation. Aside from having 53 Fortune 500 corporations headquartered in the state, California is also wonderful for small businesses, with the second-highest number of new enterprises established.

The Golden State leads in terms of innovation and capital availability, and it boasts a highly skilled workforce. However, there are certain disadvantages to launching a business in California. The expense of doing business in this city is among the highest in the country. At 8.84%, the corporate tax rate is also relatively high.

The Sooner State boasts an abundance of venture capital and a significantly longer average workweek, making it one of the hardest working states in the country. Its shortcomings, such as a less qualified workforce and lower consumer spending, drop it to seventh place on our ranking of the greatest states for launching a business.

#8. Idaho – Best State in Which to Start a Real Estate Business

Idaho, which has also been named the greatest state for real estate, has one of the strongest state economies and the most business-friendly policies in the country. If your business infrastructure requires a secure physical environment, this is an excellent place to start. With a minimal risk of natural disasters, the Gem State has a lot of untapped potentials that can help your new business.

Idaho is one of the fastest-growing states, with a robust supply of trained workers, good infrastructure, and a relaxed regulatory environment. Personal income tax rates are 6.93%, as are corporate income tax rates. The expense of doing business is also slightly higher, pushing Idaho to the bottom of our ranking.

North Carolina is one of the greatest locations to acquire investment property because it has a healthy economy, a skilled workforce, and plenty of venture capital. It may appear dull in comparison to the other states on our list. However, a number of variables combine to make it a very feasible state in which to launch a business.

Aside from low company costs, abundant labor, and simplified compliance standards, NC’s best selling factor is the ease with which an LLC can be formed in the state. The state’s corporate income tax rate is one of the lowest in the country, at 2.5%. Individual income tax rates, on the other hand, are not as low, standing at 5.25%.

Technically, Delaware isn’t the friendliest state to small businesses. However, for a variety of reasons, many new entrepreneurs opt to register their businesses here. To begin, the state of Delaware does not compel LLCs to disclose member names and addresses in public records.

By forming an LLC here, you ensure that your information is kept confidential. This is also why many companies prefer to use a registered agent service situated in Delaware.

In addition, the First State provides asset protection against lawsuits. Although there is no sales tax, the corporate and individual income tax rates are quite high, at 8.7% and 6.6%, respectively. Delaware has little to offer outside of a robust state economy. If you value privacy and asset security, it can still be your first choice.

The Five Worst States in Which to Start a Business

According to the same survey, these states are inhospitable to new businesses due to a mix of rigorous company restrictions, expensive living and business costs, and/or high taxes.

California ranks first in terms of high living and business costs. In addition, the state has a complex, ever-changing regulatory structure, making it difficult for small businesses to stay afloat. The California Consumer Privacy Act of 2018, for example, compels businesses to take particular precautions to protect the consumer data they gather – a potentially costly undertaking for a startup.

Other bad states to start a business include:

Financing is difficult to obtain in New York; small business loans have a low value of less than $3k per organization. And the cost of living for entrepreneurs is expensive.

High taxes are one of the reasons this state has been ranked poorly for 11 years in a row (for example, the combined sales tax in Chicago is 10.12%). It also has hostile business restrictions and a scarcity of talent.

This state rates poorly in crucial areas such as labor expenses, the affordability of office space, and the cost of living. Unsurprisingly, small-business growth is slow in this region.

The Evergreen State’s score was lowered due to high living costs and onerous regulations. Even its elite talent pool and education system aren’t enough to entice CEOs.
Remember that business legislation and taxes might vary from year to year, so do your homework and consult with a business attorney and accountant before settling on a location for your startup.

What State Has the Fastest Growing Economy?

Furthermore, Utah’s GDP increased to $178.20 billion in the first quarter of 2021, the largest quarterly GDP in Utah’s history. According to The Salt Lake Tribune, Utah has recovered from the epidemic faster than most states and hence has the smallest GDP decrease owing to the pandemic, with its yearly real GDP declining a paltry 0.1% from 2019 to 2020. In comparison, Hawaii’s economy experienced an 8% year-over-year fall in real GDP from 2019 to 2020.

What State has Best Economy?

In terms of GDP, the US economy is expected to rebound in 2021, but it may be a few years before the labor market recovers fully, and the COVID-19 pandemic has exposed major cracks in the country’s economic equality.

According to Forbes, Utah has the best economy in the country. Colorado, Idaho, Washington, and Massachusetts make out the top five states.

What state is the cheapest to start a business?

Texas is the least expensive place in the country to run a business, according to a recent analysis from an enterprise cloud software platform. The study considered parameters such as average yearly earnings, top corporate income tax rate, and average utility bills such as power and internet.

What state has the most successful businesses?

California tops the fight for the most Inc. 5000 firms, with 743 fast-growing companies, 322 more than the runner-up. California is an attractive place to launch a business due to its vast population and supremacy in venture financing.

AVERAGE CREDIT SCORE BY AGE: What You Need to Know About Each Age 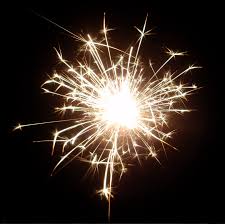