Home STATES WITHOUT PROPERTY TAX: Are There Any States Without Property Tax in 2022?
AAccounting

STATES WITHOUT PROPERTY TAX: Are There Any States Without Property Tax in 2022?

Looking for states without property and income tax on houses or cars can be quite difficult. Some states, on the other hand, make exceptions, which could be a great option for veterans and seniors after the age of 65. However, property taxes are levied by states and local governments annually, based on the assessed worth of land and structures owned. In this article, we’re taking a look at the states without property tax in 2022.

Property taxes are used to finance essential government services such as schools, fire and police departments, water districts, and libraries. in addition, Property taxes, or real estate taxes, are paid by a real estate owner to county or local tax authorities. The amount is based on the assessed value of your home and varies depending on your state’s property tax rate. However, I doubt there are states without property tax on houses. Some states have special exemptions for veterans who are disabled as a result of their service. According to research, some states are better than others when it comes to the percentage of property tax assessed and collected, according to Tax-Rates.org. Property taxes are levied by states and local governments annually, based on the assessed value of land and structures owned.

In the United States, every state has a minimum property tax. However, some states make exemptions for veterans, seniors, and people who have disabilities, so it is possible to pay no property taxes in some states. sometimes the exemptions could also be for retirees and low-income families. If you’re curious about knowing States Without Property tax on houses and seniors at Age 65 check out this list below.

Are There Any States Without Property Tax for Seniors After Age 65?

States Without Property Tax on Cars

Properly called the Commonwealth of Kentucky. The Bluegrass State is just one of four U.S. states formed as a “commonwealth.” It went for Bill Clinton twice, but it has voted Republican in all of the presidential elections since. And it’s ninth on the list with an average car property tax of $286.

Bill Clinton’s residence state is a pretty profound shade of red these days, and it shows on the taxation front when it comes to state property taxes. Arkansas residents pay an average of $239 a year in state car property taxes.

The Hawkeye State went for President Obama in 2012, but it’s really a “swing” state its citizens are pretty near separated, and politically articulating. Its property taxes are also divided. Iowa residents pay an average of $230 a year in state vehicle property taxes.

This state doesn’t like property taxes and has the second-lowest real estate property tax and the sixth-lowest car tax. Alabama residents pay an average of $170 a year in state car property taxes.

Utah hasn’t gone to the Democrats in a presidential election since 1964, and current elections have not been close. However, Utah’s state legislators have a light hand with the property-tax hammer. The state residents pay an average of $150 a year in state vehicle property taxes.

The traditional home of the U.S. auto industry has gone for the democrats in current presidential elections, but republicans handle Michigan’s Statehouse nowadays. That makes it a cross-bag when it comes to taxes. Michigan residents pay an average of just $110 a year in state vehicle property taxes.

Some individuals live in a state without property tax and income tax because they want a lower tax bill. Recently there are states that levy no property or state income tax at all. States like Alaska, Florida, Nevada, South Dakota, Tennessee, Texas, and Wyoming.

States with no income tax and property tax often make up the lost revenue with other taxes or reduced services.

Many of the states that do not order income tax are smaller in terms of residents. Alaska, New Hampshire, South Dakota, and Wyoming are all home to less than a million residents. With smaller populations, the state budget is often smaller as there are fewer people in need of government services.

If you’re looking for a state that has a lower property tax level, you might want to consider moving to one of these states below.

Hawaii is famous for having the lowest property tax rate of all states in the nation, at just a scant 0.29%. However, that doesn’t mean it’s easy to be a resident here. The average house price is over $620,000, and the average income is only $75,000 per household. This doesn’t include local property taxes, nor does this take into account the high expense of living.

Alabama state makes a case for itself by offering up significantly low property tax. The state tax rate here is 0.40%, with a moderate home value of $140,000. That’s not bad, in fact, it’s very affordable compared to most other states in the society. Living expenses are also lower here, making it a perfect place to live for people on funding.

Louisiana has an effective state property tax rate of 0.46%. Considering that the home prices are on par with Alabama’s, it’s easy to see why this state is deemed to be a very affordable place to live. Besides, we hear Mardi Gras is great here!

This Appalachian state has a lot to offer in terms of both property taxes and home prices. The moderate home here costs under $100,000, and the state property tax rate is only 0.53%. This makes it one of the cheapest places to live in America. Fans of camping and taking life easy will enjoy the state, especially since the cost of living is the lowest in the nation.

With its vast spaces of open land, it’s easy to see why Wyoming might want to make a push for homeownership here. This prairie-filled land has a low state property tax or income rate of 0.55%, plus a 4% sales tax rate. The average home price here, though, is higher at $226,000. That being said, it’s money well spent for people who love rural living.

Colorado’s tax rates are known for being relatively low compared to other legalized states. The state property tax is no exception here, with the effective rate being only 0.59%. The average home price, though, is around $375,000. So if you move here, be prepared for above-average housing prices.

Arkansas state property tax rate of 0.63% makes annual taxes here very affordable, especially for people who are on a tight budget. The average home price here is $125,000, which makes home prices grossly below average on a national scale.

The state property tax rate is only 0.64% a far cry from New Jersey’s 2.31%. Housing prices and living expense prices here are also reasonably low, with homes costing only $127,000.

NOTE: The essential thing to understand from all this is that you can learn how to make property tax rates work for you and that you really should look into getting exemptions too. people do qualify for at least one or two exemptions which are beneficial, especially to investors

Which state has no property tax in USA?

There are no states without a property tax. Property taxes remain a considerable benefactor to general state income.

Does Texas have state taxes?

Texas levies a sale and uses a tax of 6.25% on most taxable sales unless the sale is exempt.

Can you refuse to pay taxes?

In general, it is illegal to deliberately refuse to pay one’s income taxes. Such conduct will give rise to the criminal offense known as, “tax evasion”.

FEE SIMPLE VS LEASEHOLD: What's The Difference & Things You Need To Know

CONDO VS HOUSE: Everything You Need To Know 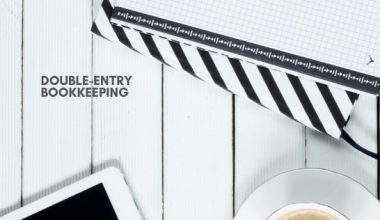 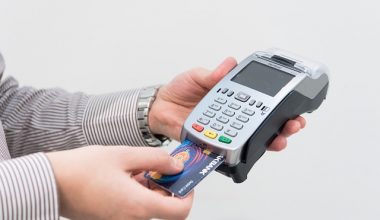