When it comes to mortgages, lenders incur a number of risks. Property transfers, liens, and other financial troubles can emerge at any time due to the complexities of the real estate market. They can employ a subordination clause in real estate to ensure that their repayment rights take precedence over other agreements rather than leaving their financial interests to fate. The article below discusses what you should know about the subordination clause and agreement, and how the loan work in real estate.

Subordination is the action of one party ceding priority to another. They’re most commonly found in mortgage notes and commercial real estate agreements.

Subordination is also the process of ranking house or property loans (mortgage, HELOC, or home equity loan) in order of importance. For example, if you have a home equity line of credit, you essentially have two loans: your mortgage and the HELOC. At the same time, the collateral in your home secures both. Lenders give a “lien position” to these loans through subordination. In most cases, your mortgage is assigned the first lien position, while your HELOC is assigned the second lien position.

A subordination clause is a clause in a document or agreement that indicates that the present claim on any debts takes precedence over any future claims arising from other agreements.

The subordination clause in a mortgage contract requires the debtor to pay one loan before any other in the case of default. These other loans are relegated to second-class status. Subordinated loans are only paid when the first lender’s lien is released, increasing the debt risk for the second lender.

The most prevalent usage of these clauses is in mortgage refinancing agreements. Imagine a homeowner who has both a primary and a second mortgage. If a homeowner refinances his primary mortgage, it then means they will cancel the first mortgage, and issue a new one When this happens, the second mortgage becomes primary, and the new mortgage becomes subordinate to the second. Because of the shift in priority, most first lenders need the second lender to sign a subordination agreement promising to stay in its former secondary position. Usually, this is a typical refinance procedure. However, if the borrower’s financial condition has deteriorated or the property’s value has decreased drastically, the second mortgage creditor may refuse to implement the subordination clause.

A subordination clause permits the primary mortgages on the same property to have a higher claim if the second lien holder provides one. If repayment becomes difficult, such as in the event of bankruptcy, the subordinate loans will lag behind the primary mortgage and may not receive payment at all.

When obtaining a second mortgage or refinancing a property, lenders commonly utilize a subordination clause. The priority of the second mortgage is lower than the initial loan. So the second loan becomes due once the debtor has paid off the first.

Other clauses used in real estate include:

Why Does Subordination Matter

The equity in your property must be used to pay off your mortgage and HELOC in the case of a foreclosure. Sadly, a home’s equity may not always be sufficient to pay off both loans in full. But  With pre-established lien positions, subordination addresses this issue.

Importantly, the first lien always receives full payment (in this case, is your mortgage). So once your mortgage gets full payments, equity can only be useful to pay off the second lien. If a third lien existed, it would be paid off after the second. And so on.

The HELOC lender loses money when there isn’t enough equity to satisfy the amount owed on your second lien. While subordination does not instantly pay off loans, it does assist lenders in estimating risk and setting appropriate interest rates.

A subordination agreement establishes the order in which a note holder’s debt payments are made by rendering one loan “superior” to the other. If the owner defaults on the mortgage or declares bankruptcy, the subordination clause becomes critical.

A subordination agreement is a legal document that establishes the priority of one loan above another when it comes to collecting payment from a debtor. When a debtor misses payments or files bankruptcy, the prioritization of debts might become essential.

If the borrower liquidates his assets to settle the debts, this agreement admits that one party’s claim or interest is superior to that of another party.

In the case of foreclosure and liquidation, the secondary lender will only be able to collect on a loan if the borrower meets the primary lender’s obligations.

When individuals and businesses require financial assistance, they turn to lend institutions. Unless and until the borrower defaults on her payments, the lender receives compensation when it gets interest payments on the lent amount. If the borrower places extra liens against the property, such as if she takes out a second mortgage, the lender may seek a subordination agreement to secure its interests.

A subordinated debt is a loan that is referred to as “junior” or “second.” The senior debt is the debt that has a higher claim to the asset. Senior debt lenders have a legal entitlement to be paid in full before subordinated debt lenders receive any payment. Lower priority obligations may receive little or no payback if a debtor does not have the funds to cover all of his or her debts, or if foreclosure and sale do not provide enough liquid proceeds.

Look at the company with $670,000 in senior debt, $460,000 in subordinated debt, and a $900,000 total asset value. The company declares bankruptcy, and its assets liquidate for $900,000. The senior debt holders will receive full payment, with the remaining $230,000 split among the junior debtholders at a rate of 50 cents on the dollar. Because shareholders are subordinate to all creditors, stockholders in the subordinated company would receive nothing in the liquidation process. Since subordinated debts are riskier than higher-priority loans, lenders usually charge higher interest rates to compensate for the risk.

Subordination agreements are useful in a wide range of situations, including complex corporate financing structures.

The two most typical types of subordination agreements are as follows:

By signing an executory subordination agreement, one agrees to subordinate one’s interest to another person’s security interest. Because it is only a future promise, such an agreement may be difficult to enforce.

In the event of a default, subordination loans are secondary loans that receive payments after all first liens have their payment in full. Because they are secondary, they frequently have higher interest rates to compensate for the subordinated lender’s higher risk than primary lender loans.

In the event of a default or bankruptcy, subordination loans get full payments after major loans. And because subordinated lenders know they are taking a risk, they charge a higher interest rate. A subordination agreement or provision is frequently important to specify loan subordination. In a mortgage, a subordination agreement protects the primary lender on the property. A bank or other financial organization normally holds the first mortgage. If there is a default or foreclosure, that institution stands to lose the most. The clause protects the original mortgage holder, ensuring payment if there is a foreclosure on the house.

The first mortgage in real estate is the loan necessary to fund the purchase of the property. The term “senior debt” refers to both the original loan and the debt that it represents. Having a home equity loan or line of credit (HELOC) on the property at a later date is a junior debt.

A home equity loan (HELOC) carries a higher risk of default or foreclosure than a first mortgage. Due to this, the first mortgage holder will be paid before any other debtors in a foreclosure. Since the HELOC is a secondary obligation, the lender that holds it will get paid with what’s leftover. Collecting may be impossible in some situations.

In conclusion, a subordination clause essentially prioritizes the present claim in the agreement over any subsequent agreements. Mortgage contracts and bond issue agreements are the most typical places to see these clauses. Despite its complex name, the agreement serves a straightforward purpose. It transfers your new mortgage to first-lien status, allowing you to refinance using a home equity loan or line of credit. The signing of your agreement is an important stage in your refinancing process.

Why do I need a subordination agreement?

It transfers your new mortgage to first-lien status, allowing you to refinance using a home equity loan or line of credit. The signing of your agreement is a crucial step in your refinancing process.

How does a subordination agreement work?

When a debtor goes bankrupt, a subordination agreement prioritizes the collateralized debts, placing them in order of priority for collection purposes. A second-in-line creditor is only able to receive once the primary creditor gets full payments

How do I subordinate a HELOC?

Minimum credit ratings and maximum CLTV are common requirements for subordination authorization (loan-to-values combination). Paying down the debt of a home equity loan or limiting your accessible credit on a HELOC may be enough to secure a subordination.

How long does a subordination agreement take?

Usually, your mortgage lender and title company will have all of the necessary information. It normally takes about 25 business days to complete the process.

Business Expense Tracker: What You Should Know!!!

STEP UP IN BASIS AT DEATH: Understanding the Process & How to Get It 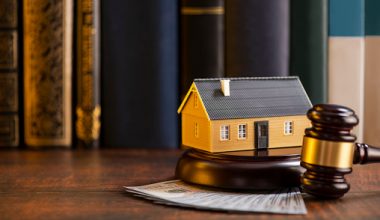