Since its debut in 2005, YouTube has experienced a meteoric rise in popularity. With more than 1.7 billion unique visitors each month, YouTube is one of the most popular platforms across the globe. But here’s the thing about Youtube; it has also helped a number of online stars become famous and rich.

These well-known YouTubers generate enormous earnings from advertising, product endorsements, and other business initiatives thanks to their massive fan bases and videos’ millions or even billions of views. So basically, this article will explain in detail all you should know about Youtube and who makes the most money on this video-sharing platform.

Your niche, audience, and the number of subscribers all affect how much money you make on YouTube.

The YouTube Partner Program allows you to start a side business, but you must first satisfy the basic requirements. You’ll need the following to get accepted into the program:

What Kind of Hourly Pay Does a YouTuber Get?

It’s challenging to reduce it to hourly pay. How long it takes you to create content and grow an audience will determine everything. When you first start out, it could take you several months to earn an hourly rate that allows you to live. But you might start earning money as a YouTube star as your audience expands and your YouTube production skills improve. Examining revenue in terms of subscribers and views is simpler, though.

What Do YouTubers Get Paid for Every 1,000 Views?

There is a technique to calculate revenue per view, but there is no precise formula for calculating how much money you may make with a popular YouTube channel.

The real amounts an advertiser pays YouTubers range between 10 and 30 cents per view, with an average of 18 cents per watch, according to statistics from Influencer Marketing Hub. A YouTube channel typically earns $18 for every 1,000 ad views, which equates to $3–$5 for every 1,000 video views.

How Much Do You Earn on YouTube for Every Million Views?

How much money do popular YouTubers make?

Did you realize that YouTube was where Justin Bieber first found success? When he was younger, he recorded music performances, which went viral and propelled him to success as a musician. Also, Influencer Marketing Hub says that the pop singer made a whopping $226 million on the platform last year.

For motivation, consider the career paths of some of the most well-known YouTubers at the moment. You’ll discover that they are ordinary people, even some young people, who have succeeded in building a fan base that now brings them millions of dollars. Here are some tips from YouTube stars who excel at making money.

YouTube offers several more options to make money in addition to the obvious ones. Indeed, even those who receive tens of thousands of hits may not be financially successful. To be a real success story, you have to think outside the box and look into a lot of different things.

Because there is no definitive answer, asking “how much does YouTube pay?” is in and of itself a loaded question. Through their channels and followings, well-known users like Ryan’s World (net worth estimated at USD 32 million) combine a number of cash streams.

The following are some methods for making money on YouTube without turning this article into a how-to manual:

If you’ve ever wondered how much money YouTubers make, now’s the time to find out. The highest-paid YouTubers as of 2023 are listed below.

This veteran YouTuber built his early reputation (in part) by assessing the wealth of other content producers. That certainly is ironic. His record-breaking earnings mark a significant improvement above Ryan’s World, who topped the list the year before (reportedly earning USD 29.5 million in 2020).

MrBeast is the mind behind a number of profitable businesses. He runs a number of YouTube channels and sells merchandise, among other things. One is a well-known app that allows users to place orders for branded burgers and sandwiches from participating eateries. He is a generous giver who has raised a lot of money for numerous charity projects. The list of achievements is endless.

Jake Paul, who keeps making headlines, is one of the few YouTube stars who has gone beyond YouTube. His recent switch to professional boxing has increased his overall net worth, even though he is still a content provider.

In fact, Forbes notes that the majority of his present wealth comes from boxing rather than YouTube. To put it mildly, anyone who believed that this guy and his brother were a one-hit wonder was mistaken.

With the help of his Unus Annus series and related merchandise sales, this social media veteran almost doubled his yearly income starting in 2020. He became known early on as a dedicated gamer, and he is still looking into other options like podcasting and TV.

If YouTube has taught us anything, it’s that playing is rewarding. This is the story of PrestonPlayz, whose real name is Preston Arsement and who is a talented gamer and prankster who has built a booming empire of products and content. His movies cross several channels and video game genres, but they mainly concentrate on Minecraft. Even though his earnings were down from the year before in 2021, he still ranks among the top 10 highest-paid YouTubers.

This group of creative people made their brand quickly and then grew by focusing on geek culture. Their cooking show “Mythical Kitchen,” which they co-host, and their family-friendly talk show “Good Mythical Morning” are still very popular. These are only a handful of the lucrative endeavors that Rhett and Link, two of the highest-paid YouTubers, engage in.

In 2021, this lively social media star will make his YouTube debut at number one, earning a good USD 28.5 million. Nathan Graham, alias Unspeakable, is a pro at Minecraft and has a history of performing crazy and outrageous pranks. The sudden rise in income is due to the fact that he recently sold his back catalog to Spotter for a lump sum.

Anastasia Radzinskaya, a YouTuber of Russian descent who goes by the handle Like Nastya, she has a steady stream of professionally made films that let people into her life. Even though she was born with cerebral palsy, she is still easy to reach and an inspiration to millions of kids and adults.

Similar to Unspeakable, Nastya recently sold the back catalog rights to Spotter, which accounts for a sizeable chunk of her current net worth. Additionally, she makes a lot of money from merchandise sales and even collaborated with entrepreneur Gary Vaynerchuk to launch the NFT line (aka Gary Vee).

The child entertainer who earned the most money in 2017 goes by the name Ryan Kaji and has been a YouTuber for six years. The 10-year-old has outgrown his original core audience, so he is now looking for new ways to make money, such as licensing out the animated characters who appear in his videos.

His merchandise can be found on the shelves at stores like Target and Walmart, where he is a well-known brand name. Even if Ryan’s World has a sizable financial worth and never needs to worry about going bankrupt, his guardians and their business partners will still consider all of their options.

This Texas-based comedy group does the kinds of antics and stunts that you really shouldn’t attempt at home. They take a page out of the “Jackass” playbook. But they have put out a book with detailed instructions on how to do it, so maybe you should try it at home (their idea, not ours).

Additionally, they occasionally go on live tours across America, which undoubtedly boosts their earnings by one or two. You’re looking at some of the wealthiest YouTubers ever when you combine it with merch and other sources of income.

Even though news moves so quickly now, people still remember the whole “suicide forest” scandal from 2017. Logan Paul and his brother Jake continue to roll with the punches despite this and previous controversies.

Logan, a former amateur boxer who is now a professional, recently fought Floyd Mayweather in a highly publicized exhibition match. Along with other things, he also runs a tremendously successful podcast. The unstoppable Paul train continues to roll on.

With the help of a premium subscription on YouTube, viewers may watch without commercials and support their favorite content producers. Little will change for producers because they will continue to receive payment for YouTube videos that are viewed by visitors as well as YouTube Premium content.

INSURANCE SALES REPRESENTATIVE: How To Become An Insurance Sales Representative In 2023 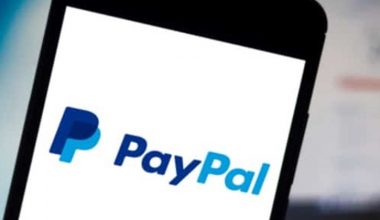 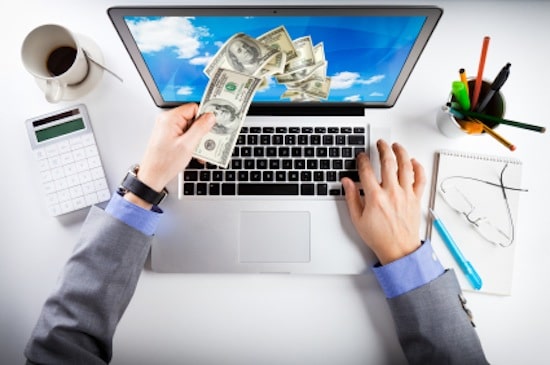