Features of Interaction Between a Web Designer and a Developer

Teamwork has long established itself as a reliable algorithm for the implementation of a successful project. Closely established communications within the team allow us to speed up the production process and avoid many mistakes. For example, to create a website, you need to involve a number of specialists: a programmer, SEO specialist, content manager, copywriter, marketer, and advertiser. These specializations are needed both for the first stages of resource development and for further promotion.

In the context of a remote collaboration format, many services have appeared for organizing teamwork in various software environments: Figma for interaction between a group of designers, platform technologies for the simultaneous work of programmers, and frameworks for integrating various blocks of code from different performers. They all have one similar goal – to provide development teams with different specializations with a universal working environment for creating a project. This is used by any website design and development company.

For the teamwork of a developer and a web designer, there are a number of features to consider.

Cross-Platform Service for Interaction Between Developer and Designer

Online services for the collaboration of specialists with different profiles have become part of the working life of developers of all levels. Today it is difficult to imagine a project with a layered architecture without using a universal working environment. This is essential for effective teamwork. Shared access to the project facilitates monitoring of ongoing processes and insures against unwanted failures in the future. The most famous service is Figma.

The Figma team is one of the first developers to understand the trend of the future in collaborating on a document. It is a multipurpose resource for teamwork with a prototype site with the largest assortment of tools. Figma supports all popular file formats and allows multiple artists to work on a layout at once. At the same time, programmers can see all stages of development, connect to the project and advise designers on technical requirements: dimension, scalability, integration into the software environment. It is much more profitable to identify bugs at the development stage than to fix bugs after the launch of the project. Therefore, a programmer can test ready-made project blocks and write intermediate recommendations for the final version of the product.

It should be noted that Figma also positions itself as a version of the cloud service. All files can be stored in the cloud, configured access, managed, and structured without resorting to third-party servers. We can say with confidence that this solution saves not only time for developing a website prototype, but also money for updating the IT infrastructure.

How Can the Platform Save Time?

In fact, the main feature of the platform is the advantage of simultaneous use and automation of copying processes. For example, when the designer has finished the layout of 40 pages of the site, and after that, the customer has made changes to the appearance of one fragment, you can make an edit on one component and apply the style to all similar fragments. Previously, you would have to manually edit the specified fragment on all pages. Figma developers have simplified this task at times. You can apply one effect and replicate it to all visual blocks of the site.

Figma’s second benefit is the use of frames to automate dimensioning and layout processes. Frames have predefined settings, and a designer can simply apply the setting effect to a group of similar fragments or graphic blocks of the site.

It is very important that the programmer and designer communicate in the same language. This reduces conflicts and ultimately improves performance. Each team member must have access to all stages of production. When a designer prepares files in PSD, the programmer can warn against the use of multilayer structures, warn about the technical intricacies of the format, and advise on more convenient solutions for everyone.

Everyone makes mistakes. The designer simply will not be able to take into account all possible features. In addition to competition and rivalry, the team should have mutual assistance and friendship. When all participants in the workflow have one goal, it is much easier to realize it together. This should be remembered by every WordPress web design company and other companies. 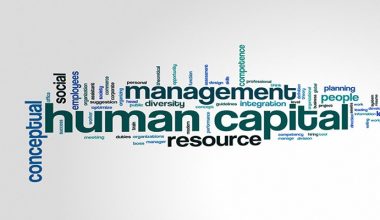