Home DUI INSURANCE: How To Get Cheap DUI Insurance
IInsurance

DUI INSURANCE: How To Get Cheap DUI Insurance

Following a DUI conviction, you should look for companies that offer the best rates and specialize in providing coverage to high-risk drivers. National companies may offer low-cost insurance after a DUI, but localized insurers frequently outperform them.
Even if your car insurance companies hasn’t learned about your DUI, we encourage being truthful instead of trying to trick them to avoid other risks that could raise your rates even more, such as having your policy lapse. If your insurer wishes to terminate your auto insurance after a DUI, we recommend researching quotes and discounts from companies that specialize in DUI insurance to find the best available rates.

The average annual cost of vehicle insurance after a DUI is $1,465; this is 103% higher than the average cost of insurance for someone with a clean driving record. The cost of DUI insurance is determined by the driver’s state and insurance carrier.

Companies with the Cheapest DUI insurance

We looked at significant companies that are available in several states and can service the most customers to find the lowest costs for drivers with a recent DUI.

Here are the typical monthly rates for drivers with a recent DUI from the nation’s four largest auto insurance companies, sorted from cheapest to most expensive:

Although USAA had lower average rates than Progressive, it was not included in our analysis because it is only offered to the military, veterans, and their families.

However, large companies are not your only options. American National had the lowest average rates after a DUI of the insurers we know rates for, with drivers paying only $77 per month.

In many cases, smaller statewide and regional insurers offer the most affordable rates. For example, Indiana Farmers has the nation’s second-lowest rates after a DUI, with drivers paying an average of $80 per month. However, the corporation only sells insurance in Illinois, Indiana, and Ohio.

Our research discovered that in 34 states and Washington, D.C., the lowest rates for a DUI driver come from an insurer that is not among the top ten in the country. So, following a DUI, it’s critical to research vehicle insurance rates and finds the best deal for you.

States with the Cheapest DUI insurance

In our comparison for example:

The lowest insurer for a driver with a clean record isn’t always the cheapest after a DUI in the majority of states. Geico, for example, was the cheapest company in North Carolina for a motorist with no violations but the most expensive after a DUI, with costs more than five times higher.

Check the table below to find which insurance companies in your area offer the lowest rates after a DUI.

What is the Cost of Car Insurance after a DUI?

Even with the lowest needed insurance coverage, which is normally one-third the price of full coverage, you’re unlikely to avoid a rate increase for DUI insurance. After a DUI, average rates for both types increase by 93% or more.

While purchasing only the minimum necessary insurance coverage in your state is one option for lowering rates after a DUI, it is not for everyone. Full coverage is often required for auto loans and leases.

Furthermore, minimum coverage insurance frequently has relatively modest liability limitations. If you cause a collision and don’t have enough insurance to cover the damage, you’ll have to pay for it yourself.

On average, full coverage vehicle insurance for a driver with one DUI costs around $262 per month. That’s $126 more per month than a clean driver would pay.

Minimum coverage costs $95 per month on average for a driver with one DUI – $48 per month more than someone with a clean driving record would pay.

How to Get Low-Cost Car Insurance After a DUI

For several years after a DUI, your vehicle insurance provider considers you a high-risk driver, or more likely to file an insurance claim than most people. Your premium will almost definitely rise, and your carrier may even drop you. What you can do is as follows:

How Do Insurance Companies Find Out About DUI?

If you need to file an SR-22, insurance companies may find out about your DUI. If you’ve been convicted of a DUI or DWI, you’ll almost certainly need to complete an SR-22 form in order to have your license renewed. The SR-22 must be filed on your behalf with your state’s department of motor vehicles by your auto insurance company.

We recommend informing your insurance company about your DUI conviction. If you neglect to notify your auto insurance provider about your DUI, it may cancel your policy, resulting in a lapse in coverage and higher rates. While the possibility of cancellation remains if you disclose your DUI to your insurer, you will not be caught off guard and will have more time to consider your choices.

How Long Does a DUI have an effect on Insurance Rates?

The length of time DUIs affects your insurance vary depending on your area and insurer. Three to five years is the most common range. A DUI can stay on your record for ten years and will prevent you from receiving a good-driver discount in California.

What’s the Difference Between a DUI and a DWI?

In most places, there is no distinction between a DUI and a DWI; the phrases are interchangeable. They reflect varying levels of intoxication in a few states, although which is worse depending on the state.

Is there a DUI Insurance Trick?

No, there is no trick to keep your insurance from rising after a DUI. Insurance companies will eventually find out through the DMV. Rather than attempting to trick an insurer, your best options are to shop around for the best DUI insurance companies rates, find as many reductions as possible, and avoid compounding the rise with another violation.

What is the Best DUI insurance?

The best insurance after a DUI is determined by your region as well as your tastes. State Farm is the national insurer with the lowest total rates. Some companies focus on high-risk drivers. Some local insurance may provide lower rates. You could also investigate non-owner car insurance.

How can I obtain SR-22 Insurance?

An insurer must file an SR-22 form on your behalf. This demonstrates to the state that you have the required amount of insurance coverage. Both large and small companies provide SR-22 coverage, while smaller companies are frequently less expensive.

Many large insurance companies cater to high-risk drivers, and some smaller companies specialize in this sector. After a DUI, it’s a good idea to get rates from nonstandard carriers as well as the large ones, if possible.

If you are unable to find a company willing to insure you due to your driving record, you can turn to your state’s “high-risk insurance pool,” which exists to provide coverage to persons who are unable to obtain auto insurance through traditional channels. To begin, find your state in the Automobile Insurance Plan Service Office directory.

Is your insurance valid if you are drunk?

A DUI or DWI conviction will raise your insurance premiums, and some insurers may refuse to insure you. Legally, you must notify your insurer about your conviction for at least five years. (Some convictions can carry a sentence of up to eleven years.)

Convicted drunk drivers are likely to face higher insurance costs for the next five years following their conviction.

How long do you lose your licence for drink driving?

A conviction results in an obligatory disqualification of at least 12 months but is frequently in the range of 18 months or longer. If you have a previous conviction for a drunk or drug-driving offense within the last ten years, the minimum disqualification is three years.

SALVAGE TITLE INSURANCE: All You Need To Know

EVERYTHING YOU NEED TO KNOW ABOUT EMPLOYER BRANDING 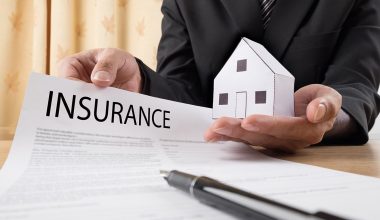 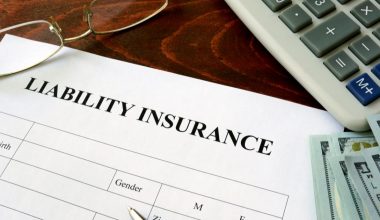