Home WHAT IS EXCISE TAX & WHO PAYS IT?
FFinance & Accounting

WHAT IS EXCISE TAX & WHO PAYS IT?

Sales and excise taxes, sometimes known as consumption taxes, are a significant source of revenue, accounting for over half of all state tax collections. These taxes are levied in all fifty states and are frequently regarded as “hidden” by consumers since they are spread out over numerous purchases rather than paid in one big payment. This article brief examines how real estate, fuel and car excise tax is paid and who pays it.

What Is an Excise Tax?

An excise tax is a tax levied on a specific product or service. Excise taxes are widely charged on cigarettes, alcoholic beverages, soda, fuel, insurance premiums, amusement activities, and betting, and they normally account for a tiny and variable fraction of state and local tax revenues, as well as, to a lesser extent, federal tax collections.

What Is a Federal Excise Tax?

The federal government levies a federal excise tax on various goods and services. The merchant may or may not include it in the price. This means that consumers do not pay these taxes directly, as they would any other sort of tax, such as income taxes. Fuel, airline tickets, tobacco, and alcohol are all regularly subject to federal excise taxes.

Certain commodities and services, such as fuel and alcohol, are subject to excise taxes. Businesses pay these taxes directly. This tax is frequently passed on to the consumer, who may or may not be aware that it is being paid to the merchant because it is included in the price. This is widespread in the fuel industry, when companies add excise taxes in the price that their customers pay at the pump.

How an Excise Tax Works

Excise taxes are generally levied against enterprises. Many are paid for by merchants, who subsequently pass the tax on to customers in the form of higher pricing. Merchants pay excise taxes to wholesalers and factor them into product pricing, raising the entire retail price. 1 As a result, most excise taxes may or may not be directly visible to customers. Some excise taxes, however, are paid directly by consumers, such as property taxes and levies on certain retirement account activity.

Excise taxes can be imposed by the federal, state, or municipal governments. While income tax money is the largest source of revenue for federal and state governments, excise tax revenue accounts for a modest part of total revenue.

Excise taxes are largely a corporate tax. It is distinct from other obligations that corporations must meet, such as income taxes. Businesses that charge and receive excise taxes must file Form 720 Federal Excise Tax Return periodically and include quarterly payments. 2 Excise tax collectors must also meet their duty to pass on excise taxes to state and municipal governments as necessary. Merchants may be eligible for excise tax deductions or credits on their annual income tax filings.

Governments may apply excise taxes on commodities with a significant societal cost, such as cigarettes and alcohol, in specific instances. This is why these taxes are sometimes known as sin taxes.
Motor fuel, airline tickets, cigarettes, alcohol, health-related commodities, and health-related services are the most revenue-generating excise taxes in the United States.

Ad valorem is a Latin word that translates to “according to value.” It is levied on a percentage basis. As a result, an excise tax depending on the value of the goods or service is imposed.

Sin taxes on certain goods, such as beer and alcohol, are sometimes levied at both the federal and state levels, raising the cost of these things. In New York, for example, there is a special excise tax of $4.35 per 20.5 cigarette pack. When combined with the federal tax of $1.01, the excise taxes alone amount to $5.36. These taxes have a significant influence on consumers.
Publication 510 of the Internal Revenue Service provides instructions on excise taxes.

What is a Excise Tax on a Car?

A car excise tax is a yearly tax levied on the privilege of registering a motor vehicle or trailer. Anyone who registers a vehicle in Massachusetts will be issued an excise tax bill by the municipality where the vehicle is kept. The excise tax is computed by multiplying the vehicle’s value by the tax rate ($25.00 per thousand dollars of value). The vehicle’s value is established by the Registry formula, which takes the applicable proportion of the Manufacturer’s Suggested Retail Price for the year (MSRP). Motor vehicle excise tax is calculated using the manufacturer’s list price rather than the actual purchase price.

Do not disregard your excise bill! Even if you have sold, exchanged, or otherwise disposed of the vehicle, your bill is always due thirty (30) days from the date of issue. If you do not pay the bill within thirty (30) days after its issue date, it will accrue interest and fees for which you will be accountable. Additionally, your driver’s license and/or vehicle registration will be returned to the Registry of Motor Vehicles for non-renewal proceedings.

What is a Real Estate Excise Tax?

What is the purpose of the funds?

From January 1, 2020 to June 30, 2023, 1.3% of state tax collected by counties is retained to meet administrative expenditures.
The public works aid account receives 1.7% of the net proceeds to the state.
1.4% is allocated to the city-county aid fund.
The general fund receives 79.4% of the funds.
The remainder is deposited into the educational legacy trust account.

Why is there a Fuel Excise Tax?

The federal and state governments levy an excise tax on fuel to fund infrastructure projects and public transit.

How Much is the Federal Fuel Excise Tax?

How Does the Federal Fuel Excise Tax Work?

The federal fuel excise tax was enacted to fund transportation-related initiatives throughout the United States. It was first implemented under the Revenue Act of 1932 at a rate of one cent per gallon, earning $125 million in its first year. The cost has gradually increased over the years, and it is now 18.4 cents per gallon for gas and 24.4 cents per gallon for diesel.

The federal gas tax is an excise tax, which is a sort of tax levied on the sale of certain items, such as gasoline. These taxes are passed on to customers because they are included in the cost of the product.

While consumers across the United States pay the same federal gas excise tax rate when they buy a gallon of gas, the actual amount they pay is determined by the regulations of the state and locality where the fuel is purchased. For example, whereas drivers in Mississippi pay a total of 36.8 cents in federal and state taxes per gallon of gas, drivers in California spend a whopping 83.5 cents in federal and state taxes on the same gallon of gas.

The Highway Trust Fund is funded by federal gas taxes, and this policy has been a source of conflict for various groups throughout the years. According to the American Society of Civil Engineers’ Report Card on America’s Infrastructure, more than 40% of the country’s roads are in “poor” or “mediocre” condition. According to some analysts, boosting the petrol excise tax could assist pay renovations.

The federal gasoline excise tax combines two taxes. It adds a.01 cent per gallon cost for the leaking underground storage tank (LUST), which is added to the tax rate on both gasoline and diesel fuel.

The LUST fee is deposited into a trust fund established in 1986. Its purpose is to keep petroleum spills from federally authorized subsurface storage tanks to a minimum. It also pays for the supervision and enforcement of petroleum leak cleanups. When the responsible party is unknown, it pays for cleanup and inspections.

The present federal gasoline excise tax, as well as each state’s gasoline tax, can already make a significant difference in the price you pay at the pump, depending on where you live and how much petrol costs in your state.

Gas prices vary by state and fluctuate often. According to AAA, the average gas price in California was $5.453 per gallon on November 9, 2022, and the average price in Virginia was $3.511 per gallon.

In addition to the federal tax, each state levies its own tax on each gallon of gas sold. According to the American Petroleum Institute, the following states have the highest and lowest state gas taxes:

In addition, investors face a 50% excise taxes penalty if they do not take the mandatory required minimum distributions (RMDs) from certain retirement funds. RMDs are required for traditional IRA accounts and several other tax-deferred retirement savings plans at the age of 72 (for anyone turning 72 in 2020 or later).

How to Determine Your Excise Tax Payment

Because excise taxes are integrated in the price of the things you purchase, it’s difficult to tell how much you’re paying. There are also certain statutory excise taxes, which is why gasoline and cigarettes vary so much between states. For example, in Virginia, the statutory excise tax on cigarettes is $0.30, whereas in New York, the tax is $4.35. That is true for all packs. Statutory gasoline taxes might also vary widely.

The best approach to find out what you’re paying is to look up the excise tax in your state. Federal excise taxes are published on the IRS website, however each state will publish the information on their website or in documents. It can change significantly, but the products affected will remain consistent, allowing you to keep a closer check on what you are actually paying.

While most people understand what income taxes and sales taxes are, excise taxes may not be at the forefront of everyone’s mind. But just because you’re unaware of them doesn’t mean you don’t pay them.
These taxes are frequently levied on the prices of specific goods and services by the merchants who offer them. As a result, they may be passed on to you without your knowledge. However, other businesses, such as fuel firms, are quite transparent. Take a glance at the pump the next time you go to fill up your tank. The corporation may lay down how much of the price at the pump is for fuel vs how much is for taxes. 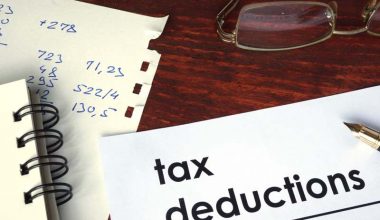 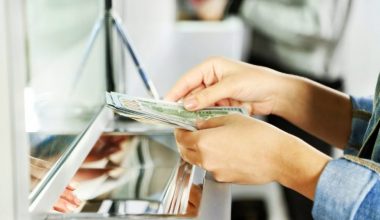 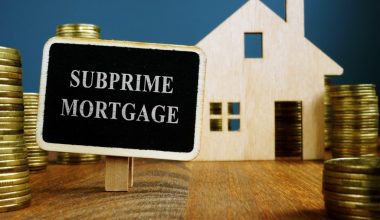 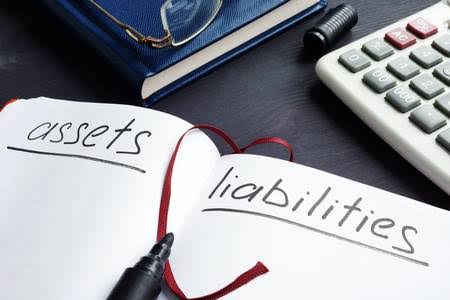