Home Pilot Salary: How Much Does A Pilot Earn?
CCareers

Pilot Salary: How Much Does A Pilot Earn?

Have you ever wondered, ‘How much does a Pilot Salary cost?’ A starting salary for a newly qualified commercial pilot working for a small operation in a country like the UK may be around £22,000, and an experienced long-haul captain’s salary may be well over £100,000.

The training process to become a pilot can be very costly, sometimes costing up to £100,000. However, it could lead to a very lucrative career; according to the 2018 ONS Annual Survey of Hours and Earnings, an airline pilot was the 6th highest paid full-time profession in the UK.

Continue reading to learn how much a pilot could earn flying different types of aircraft for different airlines.

What does a pilot do?

Commercial pilots passenger and cargo planes. They may also fly aircraft used in firefighting and rescue operations, depending on their training, experience, and qualifications. Some are in charge of charter flights, crop dusting, and aerial photography.

A commercial pilot may do the following in the course of their regular duties:

In larger aircraft, two pilots are usually in charge of flying the plane. The more experienced pilot assumes command of the plane and its crew as captain. The second pilot is known as the first officer, and his or her primary responsibility is to assist the captain in flying the plane and to take over when necessary. The first officer is also in charge of communicating with the control tower and implementing corrective actions.

Commercial pilots must plan their flights down to the last detail, so excellent time management skills are required. Takeoffs and landings are the most critical parts of a flight, during which the captain and copilot must work in perfect coordination.

How to become a commercial pilot- Step-by-step guide

With the proper training, almost anyone can learn to fly a plane and operate an aircraft. However, becoming a commercial pilot necessitates a series of steps.

The following are the six steps you should take to become a commercial pilot:

#1. Get a private pilot certificate

Obtaining a private pilot certificate is the first step toward becoming a commercial pilot. Training and preparation for pilot certification entail learning the fundamentals of aviation and laying a solid foundation for more advanced aircraft operations. Most pilots begin their training on single-engine planes before progressing to larger, more complex aircraft.

It typically takes 40 hours of training to become a private pilot. Typically, training consists of 20 hours of instruction with a flight instructor followed by 20 hours of solo flight. The average cost of obtaining a private license is $9,900, according to the Aircraft Owners and Pilots Association.

The following step is to get a commercial pilot’s license. To obtain a license, applicants must meet all of the requirements for commercial airline pilots and fly a high-standard aircraft for 10 hours or more. They will also be required to complete 250 or more flight hours, including 100 hours as the pilot-in-command and 50 hours of cross-country flight. A commercial pilot license costs around $20,000 to obtain. Pilots can legally be paid for their services after obtaining a license.

Commercial pilots may be required to obtain a flight instructor certificate in some cases. This qualifies pilots for certain positions and opens up new job opportunities.

Many commercial pilot jobs require actual flying experience. For example, having a minimum of 1,500 hours of flying time is one of the requirements for obtaining an Airline Transport Pilot license, which is required of all commercial pilots.

#6. Work as a commercial pilot

How much does it cost to become a commercial pilot?

How much do pilots make?

Flying is a financially and personally rewarding profession. Pilots go through extensive training to develop a one-of-a-kind skill set. As a result, commercial pilots are well compensated.

In addition to annual pay, pilots are eligible for company health, life, and disability insurance, as well as retirement plans. In many cases, these plans outnumber those provided to employees in other fields.

The salary of an airline pilot can range from $28,000 to several hundred thousand dollars per year.

A private pilot is a certified aviation specialist who holds a private pilot certificate, which allows them to legally fly an aircraft. Furthermore, Private pilots are trained in the operation of small aircraft, navigation, aircraft maneuvers, cross-country flight planning, and emergency procedures. Hence, becoming a private pilot can also help you prepare to become a commercial pilot, which allows you to earn money by flying for individuals, events, private companies, and commercial airlines.

While private pilots cannot earn money solely on the basis of their private pilot certificate, commercially licensed pilots who work for individuals and businesses are compensated for their efforts. Because commercial certificates require less training than airline transport certificates, corporate or charter pilots may earn less than commercial airline pilots.

Most commercially licensed pilots are salaried, which means they are paid a set amount per year despite the fact that their schedules can be unpredictable. Pilots earn an average of $86,080 per year, according to the Bureau of Labor Statistics (BLS).

Currency and exchange rates are important considerations when debating whether or not pilots are paid millions of dollars.

Moreover, Pilots on international flights are the highest-paid, with an average salary of $115,950.

Pilot salaries in the United States vary by state. Pilot salary is determined by factors such as gender, education, the type of Boeing a pilot flies, and his level of experience in practice. Pilots typically earn millions of dollars.

You must research instrument meteorological conditions, also known as IMC conditions, for single and multi-engine aircraft.

Pass a Night rating with a total flight time of 50 hours and another 50 hours in pilot in command sections.

Once you’ve completed those steps, you’ll be able to fly commercial airlines.

If you want to fly with co-pilots, you must have a multi-crew pilot license.

You’ll realize that it takes a lot of hard work to become one of the highest-paid airline pilots.

Here are the best-paid airlines for pilots in the USA in 2022:

The headquarters of this airline is in Fort Worth, Texas. It was established on April 15, 1926.

Alaska Airlines, one of the oldest airlines in the United States, has an excellent reputation among its employees.

Alaska Airlines employs one of the world’s highest-paid airline pilots.

It was founded in 1926 and is headquartered in Chicago, Illinois.

This airline has been in operation since 1929, nearly 92 years. Virginia Atlanta, Endeavor air, and others are among its subsidiary airlines.

This airline’s pilots are also among the highest-paid in the industry.

The fee for her pilots is ranked sixth in the United States, 2021, as a company founded on March 15, 1967. Her corporate headquarters are in Dallas, Texas.

Jetblue was established in 1998. The headquarters of this 22-year-old aviation company is in Long Island City, New York.

How is a pilot’s salary determined?

First and foremost, keep in mind that airline pilots are paid per hour for real hours flown. Moreover, Airline pilots are required by federal law to fly no more than 1,000 hours a year. This is to ensure that they are rested and ready to fly every time they enter the cockpit. However,  When compared to the usual employment, where employees are expected to work 40 hours each week. Even if they take two weeks off for vacation, the average worker works 2,000 hours per year – more than a commercial pilot.

The hourly rate of a pilot rises with each year of service with an airline. Nevertheless, the hourly wage varies depending on the airline and the kind of aircraft. An experienced Captain flying an A350 for Delta, for instance, may expect to earn $354 per hour. While a  junior First Officer earns $92 per hour at Delta. A senior Captain on a United Airlines B777 earns $352, and a junior First Officer earns $91. Everything matters, including whether you fly a Boeing 747 or a Bombardier CRJ200. Experience is also important, whether you’ve been flying professionally for a year or 10. It is also important to know the airline you have decided to fly with. All of this influences how your pay is determined.

How much do pilots earn?

A pilot salary is highly dependent on the airline, the individual’s level of experience, and the type of aircraft flown. Salaries will vary but typically rise with each year of service with a company.

Do I need a college degree to be a pilot?

How can I become a pilot?

Accredited training, practical flight hours, and licensure are all required to become a commercial or airline transport pilot.

What Are The Basic Requirements to become a pilot?

To become a certified commercial pilot, you must first meet basic requirements such as being 18 years old and having a high school diploma. You must be able to effectively communicate in both written and spoken English. Individuals seeking a commercial pilot license must also have second-class medical certification from the Federal Aviation Administration (FAA). 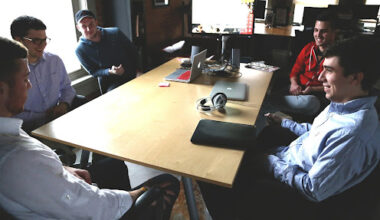 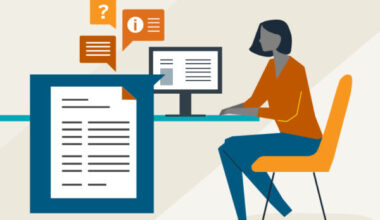