HOW DOES ZOOM MAKE MONEY?

When we think of video conferencing, the first name that comes to mind is ‘Skype.’ The app has been the hub for all official and private video calls for years. However, with so many apps produced over the years for video calling, the Skype app may have faded with time.
The ‘Zoom’ app has recently received a great deal of attention. It became a critical tool for any corporation to hold daily formal meetings, especially during the lockdown period.
The Zoom app, on the other hand, has sparked debate. The app was related to the theft and sale of several users’ data over the internet. Although numerous nations have banned the app entirely, the app has yet to issue an official comment. But we’re not here to discuss the debate today. We’re here to talk about the business model of zoom, which has helped it generate a lot of money.

Zoom is a cloud-based video conferencing technology that facilitates face-to-face communication online. Zoom is commonly used for teleconferencing, telecommuting, and distant learning. In 2011, the company was launched in San Jose, California. Zoom is listed on the NASDAQ under the ticker name ZM. The stock is currently trading at $153 per share as of February 1, 2022.

Zoom is a video conferencing service that allows users to participate in meetings by computer, tablet, or phone. It began as Saasbee in 2011 but was quickly renamed Zoom. Its purpose is to make it as simple as possible for users to arrange an online meeting or video conference.
Review of the 513K Growatt Infinity 1500 Portable Power Station: Unbeatable Value

Zoom’s primary audience is the business and academic community, but the COVID-19 lockout broadened its appeal and quickly became the go-to tool for group video conferences.
When it first launched, zoom had established competitors such as Skype, Cisco WebEx, and Google Hangout. It’s a surprise how it took on these monsters from afar, but it’s understandable if you look a little closer.

Eric Yuan, the company’s creator, formerly worked for Cisco. He left the business as corporate vice president to launch Zoom with 40 Cisco engineers.
Eric’s extensive grasp of technology and his 14 years of experience directing engineering teams at WebEx (and then at Cisco after Cisco acquired WebEx) immediately helped Zoom stand out. It was also substantially less expensive to use than its competitors.

How Does Zoom Make Money?

Zoom makes money from membership fees, hardware sales, advertising, and investments in other firms.
Customers can use Zoom’s goods for free because the company runs on a freemium model.
Customers will have to pay the price if they want to use more advanced capabilities, such as hosting up to 500 participants and recording calls.

However, Zoom has begun to monetize freemium consumers by introducing advertisements.
Zoom’s competitive advantage remains rooted in its ability to deliver a faultless product experience typified by fast loading times, high-quality audio and video output, and ease of use, regardless of its revenue strategies.
Without further ado, let’s dive into each of Zoom’s revenue streams in the area below.

Zoom makes the vast bulk of its revenue by charging various subscription fees for access to its portfolio of software products.
The Meetings platform enables teams and enterprises to connect online via voice, video, and text is Zoom’s primary offering.
Zoom offers commercial versions such as Pro, Business, and Enterprise in addition to its free Basic plan.

These products are all aimed towards a particular group of consumers and, depending on the price paid, allow them to host variable numbers of participants, obtain recording transcripts, or even conduct conferences in the firm’s own branding.
Zoom can then cross-sell by offering other services, such as increased cloud storage or premium support, for a price.

Similarly, it charges monthly or yearly software licensing fees for its other software solutions, such as Zoom Rooms or Zoom Events & Webinars.
Zoom also provides industry-specific programs and products, such as education and healthcare.
Zoom boosts its chances of selling to a particular consumer segment by personalizing its service to that customer type.

Furthermore, some of these customers, such as universities, are unlikely to replace Zoom (and hence churn) because of the sluggishness that comes with being an academic institution.
As a result, once Zoom has embedded itself in such an organization (or even larger organizations), it is unlikely to be replaced due to the complexity involved.

As a result, Zoom can better predict its future revenue, which it may use to acquire other companies (for example, to expand its product portfolio) or invest in startups (more on that later).

Zoom, in addition to its software solutions, offers a variety of hardware devices that enhance the user experience of its software package.
Zoom, in particular, provides a plethora of cell phones, iPods, speakers, whiteboards, and other devices.
These items are available in collaboration with other hardware manufacturers like DTEN, Yealink, Neat., and others.

Customers then pay a monthly membership charge for each hardware device purchased.
Zoom then splits the revenue with the hardware device maker, who handles installation and maintenance.

Another, albeit minor, source of money is the advertising that Zoom displays once a meeting begins.
Ads, which were first introduced in November 2021, are only shown to free Basic users who do not pay for the product.

As a result, Zoom may finally monetize people who do not want or need to pay for its products.
Like any other kind of online advertising, Zoom is most likely compensated by impression. Zoom earns a tiny bit of money every time a user sees an advertisement.
With tens of millions of active users, this can soon add up to a sizable chunk of money.

As previously mentioned, Zoom will launch a fund in April 2021 to invest in entrepreneurs that build on top of its ecosystem.
Zoom has invested in more than 20 firms through its $100 million Zoom Apps Fund by the end of 2021.

Zoom earns money from the fund anytime it can sell shares in the firms it invests for a higher price than it paid for them.
It should be highlighted that such a liquidation event is unlikely to occur until many years have passed. Zoom can sell those shares as part of a second funding round (when current investors can cash out), a sale, or an IPO.

Aside from making money from those investments, the goal is to improve the ecosystem surrounding its product genuinely.
This enables Zoom to onboard an entirely new set of consumers, some of whom may have come from the businesses it invests in. Furthermore, the more integrations Zoom has, its solutions become more appealing.

To that end, Zoom has launched its own app marketplace, allowing third-party software developers to integrate into Zoom’s product range. Zoom, on the other hand, does not now monetize its app marketplace but may do so in the future, for example, by collecting a listing fee or taking a percentage cut of every transaction.

What Is the Business and Revenue Model of Zoom?

Zoom makes money by combining several revenue methods within their firm, which are as follows:

Zoom’s subscription base surged by more than 370% over the first six months of the COVID-19 outbreak, according to the BBC.

The primary concern is how Zoom will perform after quarantine. There’s a lot to be optimistic about. Many of the platform’s pandemic profits have been retained, with a record-breaking $1,021M in the second quarter of FY 2022.

Zoom officially overtook ExxonMobil in market valuation in October 2020 at $139 billion. Zoom is the 325th most valuable company in the world, with a market cap of $54.81 billion in December 2021. The drop has been attributed to speculation about COVID-19 and the future of work-from-home activities.

Zoom reached a record number of subscriptions in FY2021, but the company grew rapidly even before the pandemic. Zoom nearly doubled its overall profit between 2019 and 2020.

For the last three years, the highest operating expenses have been in the sales, marketing, and general and administrative categories.
Remember all those viral videos of uninvited people disrupting Zoom meetings? This was especially troubling because it exposed attendees to sexual content.
The expenses associated with keeping Zoom safe and secure will not go away. For the time being, it does not appear that this has considerably reduced revenue. It will be fascinating to know what the operational expenses for FY2022 will be.

Zoom Video Communications went public for the first time on April 19, 2019. This milestone came after seven years of fast expansion. On the first day alone, the share price surged by 72%.
Since that time,

Zoom is undoubtedly not without rivals. Cisco WebEx, GoToMeeting, and Microsoft Teams were named leading competitors in the company’s 2019 annual report.
Zoom, on the other hand, has mastered video conferencing. Even when events are hosted on other platforms, the phrase “Zoom meeting” has become synonymous with videoconferencing.
While Zoom has grown by 876% in the last few years, Cisco WebEx has grown by only 91%. Zoom has nearly half the market share for video call platforms as of March 2021.

Is Zoom a Profitable Business?

Zoom turned profitable in 2019 after going public in April of that year. The COVID-19 lockdown increased its profitability even further, resulting in a net profit of $671 million in the fiscal year 2021. Statista states this is up from $22 million in the 2020 fiscal year.

In this post, we covered Zoom’s freemium business model for its video conferencing software and the benefits it provides to its users. Zoom’s business model is unique, allowing it to be successful.
As we’ve seen, the company’s services primarily rely on proprietary software. This reduces Zoom’s operating and capital spending requirements, allowing them to charge reduced subscription prices. Zoom has established itself as the market leader in cloud technology for providing an effective video conferencing solution.
We hope you learned a lot and will apply what you’ve learned in your own business.\ 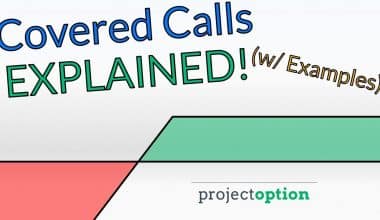 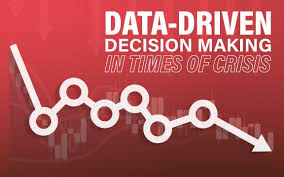