HOW DOES SPACEX MAKE MONEY?

SpaceX has transformed space travel and transportation for more than two decades, and the company’s innovation shows no signs of slowing. But how does SpaceX make money? Continue reading for the whole story and some information on the company.

SpaceX is the brand name of Space Exploration Technologies Corp., a US-based aerospace firm specializing in space transportation, spacecraft and rocket manufacturing, and space communication services. Elon Musk launched SpaceX in 2002 in Hawthorne, California, to improve and reduce the cost of space transportation. Finally, Musk has stated his desire to carry people to Mars.

The corporation all manufactured spacecraft, launch vehicles, rocket engines, and communications satellites. So far, it has produced two types of rockets:

SpaceX is also developing and launching StarLink, a communication satellite constellation to enable global internet access.
The company has multiple firsts in space transportation, including the first privately funded liquid-propellant rocket to reach orbit, the first private corporation to launch and recover a rocket into orbit, and the first vertical take-off and vertical propulsive landing for an orbital rocket. It has had over 100 successful launches so far.

Elon Musk founded Space Exploration Technologies Corp in 2002 with a straightforward goal. He devised the concept of “Mars Oasis,” which would see the construction of a tiny greenhouse on Mars.
Musk hoped to rekindle public enthusiasm for space exploration and persuade the government to raise NASA’s budget.

The first SpaceX rocket was called Falcon 1, like the Millennium Falcon in Star Wars.
The business made headlines in 2020 when it successfully launched its Crew Dragon spacecraft, which two NASA astronauts crewed.

As a result, SpaceX became the first privately held business to carry humans to the International Space Station.

Elon Musk launched the corporation on May 6, 2002, which the Elon Musk Trust still controls.

Elon Musk is the company’s CEO and CTO, headquartered in Hawthorne, California. Gwynne Shotwell serves as President and Chief Operating Officer.
The Elon Musk Trust owns 54% of SpaceX and has 78% voting control, making it the technical owner.

Back in 2013, many people predicted that SpaceX would go public. Elon Musk, on the other hand, decided against an IPO.
He decided to wait until the Mars Colonial Transporter was regularly flown. This vehicle’s development began in 2012.

How Does SpaceX Make Money?

SpaceX makes money in more than four ways. These include selling rockets and space vehicles, charging for their usage, providing space tourism experiences, and providing internet access via satellite through their Starlink satellite service.
Because SpaceX is a private firm, it is unknown how much money it makes from each revenue stream.

SpaceX also works on military projects with the Department of Defense. These contracts are often worth a substantial sum of money. For example, a 2020 contract with the Pentagon provided SpaceX with $149 million to create a missile-tracking satellite. They were also awarded a $2.6 billion NASA contract to develop crewed launch capability.

#2. Charging For the Use of Rockets and Spacecraft

SpaceX charges for space and launch services using their own vehicles. The majority of their earnings come from commercial satellite launches. However, SpaceX also undertakes non-commercial servicing contracts, like its contract to feed the International Space Station.
In some cases, the corporation makes money by charging for the costs of the launch or service. For example, SpaceX was paid $3.04 billion for 20 International Space Station supply trips.

Longer-term plans call for the establishment of a lunar base and the provision of lunar vacations. They also intend to provide commercial journeys to Mars in the far future.
SpaceX charges substantial money for these prospects. Its multi-day orbital excursion, in which visitors orbit the Earth for three days, is estimated to cost $55 million.

SpaceX profits from the one-time hardware costs of acquiring a Starlink receiver and monthly payments. Starlink’s hardware costs under $600, while an internet subscription costs $110 per month. The company, founded in 2019, is still launching satellites to spread its services worldwide.
While not currently profitable, Starlink is expected to generate significant revenue for SpaceX.

Funding, Valuation, and Revenue for SpaceX

Because SpaceX is now a private firm, limited information regarding its financing is available. What is known is that the corporation has almost gone bankrupt several times. This covers the year 2021, when the aerospace business fell behind in producing a new rocket, prompting CEO Elon Musk to warn that the company might go bankrupt. [20]

SpaceX has raised $9.9 billion across 29 successful financing rounds. Mirae Asset Venture Investment and Kinetic Partners are two well-known SpaceX investors. [21] It has also gotten funding from NASA and the US Space Force. SpaceX is still actively gathering funds, including large amounts in just three months in 2022.

While SpaceX’s valuation is not publicly available, Crunchbase estimates that the firm was worth more than $10 billion in 2021.

Is SpaceX a Profitable Company?

SpaceX is not a profitable company. While the company’s financials are not available, the fact that SpaceX continues to raise venture financing yearly shows that it is not currently earning enough revenue to cover its expenses.
Nonetheless, SpaceX has received a considerable number of high-value contracts. In addition, the corporation intends to use StarLink to produce more constant revenue. As a result, there is reason to expect that SpaceX will be profitable.

However, the enormous cost of R&D, manufacturing, and operations in this area exposes SpaceX to cash flow concerns. The fact that the company has already raised over $9.9 billion in venture capital may make it difficult to raise more money in the future.

How Much Money Does SpaceX Make?

Unlike competing company Virgin Galactic, SpaceX is privately owned, which means that its financial records are not publicly available.
According to reports, the company produced $2 billion in revenue in 2019, but there have been no updates on the company’s financial situation since then.
Elon Musk wishes to keep the financials of SpaceX private, even though it is widely regarded as a precious private firm.

What Is the Value of SpaceX?

Despite not making a profit, SpaceX is a billion-dollar enterprise.
The company has received substantial finance from a variety of sources. Google and Fidelity, for example, each hold 8.33%, with Google reportedly contributing $900 million.
SpaceX has held numerous successful investment rounds, including three in 2019. That year, the corporation was able to raise $1.33 billion.

It held another investment round in August 2020, raising $1.9 billion. This is one of the most effective fundraising campaigns ever undertaken by a private firm.
Because of the success of this funding, SpaceX’s valuation has risen to $46 billion.

In the Future, How Will SpaceX Make Money?

SpaceX will make more money in the future by becoming a more powerful force in space exploration. The corporation wants to continue offering space delivery services and, eventually, to provide public space transportation.

SpaceX launched communications satellites to give high-speed internet access worldwide through its Starlink service.
The company now has multiple government contracts and will most likely receive more. It intends to reduce the costs of space travel through innovation. One cost-cutting strategy is to develop reusable rockets, reducing manufacturing costs over time.
If SpaceX successfully develops the technology needed to reach and populate Mars, it will forever change the globe.
Elon Musk may opt to put the company on the stock exchange if the Mars Colonial Transporter is ever completed.

Who are SpaceX Competitors?

SpaceX aspires to be the first business to pioneer commercial space travel. Elon Musk has also indicated in the media that he wishes to populate Mars. As a result, SpaceX will face competition from other billionaires who want to support commercial space flights.

The two primary commercial space flight market competitors are Jeff Bezos’ Blue Origin and Richard Branson’s Virgin Galactic. However, SpaceX has the US government’s support, whilst the other companies have yet to enter into any partnerships with NASA or other government-run aerospace initiatives.

SpaceX is one of the world’s most innovative organizations, and they’ve leveraged its one-of-a-kind business model to create fantastic products and services. They’ve also established a reputation as a firm dedicated to making space travel more accessible to everyone.
Since its inception in 2002, the company has come a long way, doing many things that were once deemed unachievable. They are about to launch astronauts to the moon for the first time since 1972, and they hope to inhabit Mars by 2024. They have also saved their clients millions of dollars by reusing rockets, which no one imagined would be possible when SpaceX first began operations.

SpaceX’s business model has many significant advantages: it allows SpaceX to lessen its dependency on government contracts; it provides constant cash flow even during adverse economic times; it makes space travel more accessible for ordinary citizens.

Finally, our analysis revealed that fostering technological innovation is essential to success. SpaceX can help make space exploration more accessible and cheap for everyone who wants to experience the wonders of the universe firsthand by investing in cutting-edge research and development (R&D).
SpaceX and Elon Musk’s plans will be fascinating in the coming years.

YAHOO MAIL LOGO: History & All You Need to Know!!! 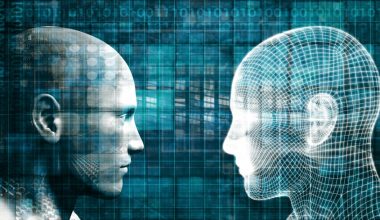 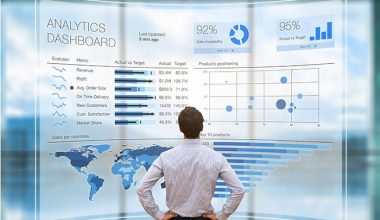 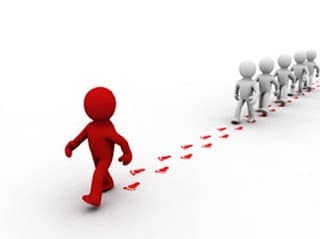