Home HOW DOES ELON MUSK MAKE HIS MONEY?
BBusiness strategies

HOW DOES ELON MUSK MAKE HIS MONEY?

Elon Musk’s name is well-known throughout the world. He is the world’s wealthiest man and a highly accomplished entrepreneur who has built several extremely profitable businesses. So, how did Elon Musk make his money?
Musk surpassed all other billionaires as the world’s richest man in 2022.
This article will examine Elon Musk’s early life and challenges, career, and successes, personal life, and net worth. Let us investigate what formed and pushed this innovative leader and how he made his money.

How Did Elon Musk Start?

Musk, like many 12-year-olds, was a video game enthusiast as a child. Unlike other children, he did have a solid entrepreneurial passion.
This is demonstrated by Musk’s creation and sale of his first video game as a pre-teen. According to the site Wait But Why, Blastar won $500 when the source code was published in a magazine.
He moved to Canada from South Africa when he was 17 years old. He later came to the United States as a college student after transferring to the University of Pennsylvania. After graduating, he temporarily enrolled in a Ph.D. program at Stanford before leaving to participate in the mid-90s.

How Did Elon Musk Make His Money in the Beginning?

Contrary to popular belief, billionaire entrepreneur Elon Musk attributes much of his financial success to his refusal to focus solely on making money.
Musk has primarily invested in concepts he is passionate about, with the practicality of an idea being a secondary issue.

As a youth, he was fascinated with coding, selling the source code for his first video game for $500 at 12.

In 1999, he launched X.com, one of the world’s first FDIC-insured internet banks.
Musk combined his company with Confinity the following year after seeing promise in its simple payment service.

The company was renamed PayPal in 2001, and Musk became an 11.7% shareholder.
Musk gained $180 million when eBay acquired PayPal for $1.5 billion in 2002, which he later reinvested in some of his most notable side projects.

PayPal generates money mainly through processing client transactions on the Payments Platform and other value-added services. As a result, the income streams are classified as transaction revenues or total payments volume. In addition, value-added services such as interest and fees collected on loans and interest receivable are provided. PayPal produced about $21.5 billion in net revenues in 2020, with a 25% operating margin.

He also believes in the spend-money-to-make-money concept.
Indeed, Musk is a well-known workaholic who prefers to reinvest funds in his enterprises over taking extravagant holidays.

SpaceX is a space transportation company that manufactures space rockets and other transport vehicles. It was founded in 2002 by Elon Musk. – SpaceX earns money by charging governments and businesses to send products into space. These items include supplies for the International Space Station, infrastructure, and people and satellites for diverse purposes. – SpaceX is also developing its Starlink network to provide every citizen with fast and affordable internet access.

Musk has long been interested in space exploration. He imagined greenhouses to raise agricultural crops on Mars even before eBay acquired PayPal.
His enthusiasm was such that he traveled to Moscow to purchase intercontinental ballistic missiles capable of delivering payloads into space.

Musk, on the other hand, was dismissed in Moscow as an amateur. Undaunted, he returned to the United States and launched SpaceX in 2002 with $100 million of his own money.
SpaceX was awarded a $1.6 billion NASA grant in 2008 for rockets to resupply the International Space Station.

The business was the first to dock a private vehicle with the ISS.
Large payloads were launched into space and returned to Earth using SpaceX autonomous drone ships.

By March 2018, SpaceX’s manifest included over 100 launches worth about $12 billion in revenue. The most recent deal for SpaceX is a $2.89 billion NASA program to transport American humans to the moon.

Tesla is a vertically integrated company. As a result, the firm runs and operates Tesla’s automobile manufacturing plants, as well as the Gigafactory, which produces battery packs and stationary storage systems for its electric vehicles, which are marketed through direct channels such as the Tesla online shop and Tesla physical stores.

Tesla is possibly the most significant contributor to Elon Musk’s net fortune. Musk gained a personal wealth of $2 billion when the company debuted on the public market in 2010.
Indirectly, Tesla’s stock price rise is due to a new generation of younger investors and increasing demand for electric automobiles, notably in China.

A Biden victory has also allowed Tesla to profit from laws that bring electric vehicles into the mainstream.
Today, Tesla is an electric empire with far-reaching potential beyond the automobile industry!
Tesla’s competitors include Ford, Mercedes-Benz, Porsche, Lamborghini, Audi, Rivian Lucid Motors, Toyota, and others, as an electric manufacturer and builder of sports cars and now trucks. At the same time, Tesla is a corporation that produces and stores electric energy (SolarCity); it competes with Sunrun, SunPower, and Vivint Solar. As an autonomous driving firm, it competes with self-driving software from companies such as Zoox, Waymo, and Baidu.

Twitter generates money through two channels: advertising and data licensing. So, Twitter produced $4.5 billion in advertising revenue and $570 million in data licensing revenue in 2021. Twitter made $5 billion in total revenue but lost 221 million users.
Musk formalized a purchase deal to buy Twitter for $44 billion in April 2022.
This was the most discussed business deal of the decade, with the open debate taking place on Twitter.

After a few months of battle, which appeared to torpedo the purchase, the sale was eventually concluded by October 2022, giving Elon Musk entire ownership of Twitter!
As a result, Twitter is now one of the firms owned and run by Musk’s group.

Musk has a pattern of making money and reinvesting it in his next company initiative, as previously stated. He could have spent his initial fortune, $22 million from the sale of Zip2 to Compaq in 1999, on extravagant mansions, vehicles, and trips, but he didn’t.
In 2022, he received a $180 million settlement from the sale of PayPal to eBay, and he invested $100 million in SpaceX, $70 million in Tesla, and $10 million in SolarCity. These wise financial decisions have enabled him to become the world’s richest man.

#2. Don’t Be Afraid To Take Chances

Profiting handsomely from selling not one but two businesses is a significant accomplishment. Musk took a risk by reinvesting all or most of his money in new ventures.
Many other individuals might have played it safe by seeking safer investments for their money, but Musk has taken many chances – and they almost always pay off.

#3. Live Within Your Means

Musk once owned numerous homes, as one would expect of a billionaire, but times have changed.
He tweeted in May 2020, “I am selling practically all tangible possessions.” Will not own a home.”

According to a March 2022 Wall Street Journal report, he kept his word and sold seven homes for approximately $130 million. In June 2021, he tweeted that he had paid around $50,000 for his principal residence in Boca Chica, Texas.

The property, located within walking distance of a SpaceX factory, initially had two bedrooms. Still, Musk transformed the garage into a third bedroom, as he disclosed on the Full Send podcast. He also stated that he owns a Boxable little house in Boca Chica that he uses as a guest house.

The conclusion is to find a property that suits your budget rather than owning real estate. Instead of feeling obligated to spend at the top of your price range, consider a comfortable home that satisfies your needs without straining your budget.

Musk may live cheaply most of the time, but he does spend like a billionaire on occasion. According to Austonia, he recently purchased a Gulfstream G700 – an extremely luxurious private plane — for $78 million.
The jet seats 19 people and has the “largest capacious cabin in history.” It can fly up to 7,500 nautical miles without refueling.
Of course, you’re not going to spend $78 million on a private plane. However, as long as it’s within your budget, you shouldn’t be scared to splurge on something important to you.

Many billionaires spend their days on vacation, but Musk does not. The infamous workaholic has been public about how little time he spends away from work.
In 2014, however, he tweeted that he was on an annual camping trip with his children. His camping preferences have not been made public, but they are unlikely to be extravagant.
The lesson here is not to avoid vacations but to take excursions you can afford. Simple getaways, such as an inexpensive camping trip, allow you to rest and refresh without breaking the bank.

Musk could afford any number of expensive hobbies, given the size of his financial account. His recreational activities, on the other hand, are very typical.
He’s still a gamer, as seen by his tweet about playing Halo Infinite. According to Quartz, when asked what he does in his leisure time at the Tesla annual shareholder meeting in June 2017,

Musk said he enjoys listening to music in the vehicle, spending time with his children, hanging out with friends, and watching movies.
While Musk may not have much time for hobbies, simple pleasures almost certainly save him a lot of money. Learn from this by looking for inexpensive ways to spend your leisure time that bring you delight.

Musk took The Giving Pledge in 2012, pledging to donate the bulk of his wealth to philanthropic causes during his lifetime or in his bequest. He fulfilled his promise by donating $5.7 billion to charity in 2021.

According to a necessary securities filing, he secretly donated around 5 million Tesla shares to an anonymous charity or charity in November 2021. According to The Chronicle of Philanthropy, the shares were worth around $5.7 billion at the time of the gift.
Musk has unfathomable donating power, but every gift counts. It will be greatly appreciated if you can contribute financially to a charitable cause important to your heart.
Of course, donating money isn’t the only method to help others; you may also help people and organizations by volunteering your time.

How Much Money Does Elon Musk Have?

His net worth is expected to be around $273 billion in 2022, making him the wealthiest man in America.

How much money does Elon Musk make in a day?

Elon Musk earns $6.6 million per day based on his reported annual compensation of $2.4 billion.

You can utilize Elon Musk’s narrative to inspire your own now that you know the answer to the question, “How did Elon Musk make his money?” Tesla’s founder was not always a billionaire, so he’s doing something right.
Applying at least some of the seven recommendations above to your lifestyle will not make you the wealthiest person on the planet, but it will help you gain control of your finances.
Whether you’re currently overspending or investing your money in incorrect investments, Musk’s money maneuvers are worth considering. While he makes certain traditional billionaire purchases, such as the $78 million Gulfstream G700, much of his spending is normal.

Following Musk’s advice is a terrific place to start if you want to raise your profits or save more money. Allow his intelligent financial decisions to inspire you to make wise decisions that can improve your financial status more than before.

LOW-COST BUSINESS IDEAS WITH HIGH PROFIT TO START IN 2023. 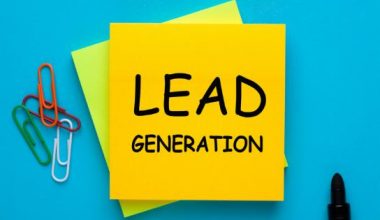 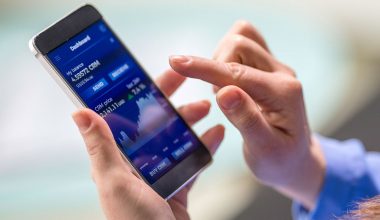 Read More
BBusiness strategies
Table of Contents Hide Understanding Time In ForceWhen to Cancel an Order Based on Time in Force#1. Time…