EXECUTIVE COMPENSATION: What Is Executive Compensation

Executive employees, like CEOs, CFOs, company presidents, and other high-level managers, are often paid differently than those at lower levels of an organization. Base salary, bonuses, long-term incentives, benefits, and “perquisites” are all parts of an executive’s pay. For upper management, salaries are affected by how big the company is, how well it does, what industry it is in, and, to some extent, how much the person in charge helps make decisions. Read on to learn more about executive compensation consultants’ plans, how to negotiate for your compensation, and the consulting process.

A person is an executive if they are part of the group that makes the most important decisions in a company. In this group are the chief executive officer (CEO), full-time directors, and other top managers. Base salary, bonuses, long-term incentives, and perquisites (perks) are all part of an executive’s pay. Executive pay has become a big deal in the field of compensation management. It has become a hot topic around the world because it is different from how other employees are paid. Here’s what makes the difference:

There are many ways to pay executives, and each one comes with its own tax benefits and incentives for doing a good job. Here are some of the most common types.

This is the total amount of the executive’s regular cash pay for the year. In the proxy statement, the corporation will list the base salaries of each key member of the management team, such as the chief executive officer (CEO), chief financial officer (CFO), legal counsel, director of sales, and other divisional heads.

This is a list of all the options given to the executive. It includes strike prices and dates when the options will expire. If used right, stock options are a great way to get management to do what’s best for shareholders. But there is one bad thing about options for compensation. For example, I gave management many options that were just about out of money. This means that if the stock price goes up a little, management will be able to exercise the options, convert them to common stock, and sell the shares to make a quick profit.

This payment is put off until a later date, usually because of taxes. But as rules have changed, this type of compensation has become less popular.

For tax purposes, long-term incentive plans include all types of pay that are tied to performance. The way taxes are set up now makes pay-for-performance pay more attractive.

These are the things that executives get when they leave their jobs. Some executives usually get health benefits or other nice perks based on how long they have worked for the company. It’s important to keep an eye on these because they can include “golden parachutes” for corrupt executives or be paid out whether the company meets its financial goals or even makes money.

These are some of the other perks executives get, such as the use of a private jet, money to pay for travel, and other rewards. These are in the notes at the bottom. I should put even more scrutiny on the perks given to executives at small companies because this kind of greed is more likely to put small companies out of business or add to annual deficits.

Those things that affect executive pay should be taken into account in order to make an executive compensation plan that makes sense. Some of these things are:

#1. The Complexity of the Job

The job of a manager or executive is much more complicated than other jobs in an organization. I directly related this level of complexity to the size of an organization, the number of products or services it offers, and the area it serves. So, the job of an executive is much more complicated in a large company with many types of products or services and multiple locations. I should pay executives in these kinds of companies more. Executives at Fortune 500 companies get paid a lot more than their peers at other companies.

Different kinds of skills are needed for different jobs. Organizations that work in environments that are relatively stable, like the traditional manufacturing sector, use mechanistic systems that require less flexibility and variety in the skills of their executives. On the other hand, organizations that work in a highly dynamic environment (such as executive compensation consulting, IT, etc.) use organic-oriented systems that require high flexibility and a wide range of skills from their executives. Organizations in the second group tend to pay their executives more than those in the first group.

How an organization approaches attracting and retaining top talent, particularly in the form of senior executives, has a bearing on the salaries paid to their executives. A company that wants to hire “the best-in-class executives” pays much more than a company that doesn’t have this goal. In fact, many companies don’t have to worry about executive pay because their goal is to hire the best people.

International practices in human resource management, such as executive pay, have an effect on the executive pay practices of many countries. India is no different in this way. With the opening up of the economy, many multinational companies have moved into India and are paying their executives a lot of money. Also, these companies send Indian executives on assignments around the world, which can save a lot of money. Because of this, Indian companies have had to pay their top executives almost as much as multinational companies do.

The law also affected the amount of an executive’s pay. In India, the Companies Act of 1956 has rules that limit how much managers can be paid. Here’s what these rules say:

What do Do Executive Compensation Consultants do?

Executive Compensation consultants have experience putting in place and making up plans for employee pay that are meant to encourage good behavior. They also provide public and private businesses with information on the current pay for particular jobs. This lets companies keep up with the market and give their employees better pay. Lastly, a good compensation consultant will help find any problems with the payment of employees and suggest ways to fix them.

What Are the Benefits of Using Executive Compensation Consultants?

Using a consultant can help in a number of ways:

What Are Executive Compensation Consulting Services?

The job of executive compensation consultants is to come up with payment plans for the whole organization. This group works closely with the teams in charge of human resources to plan and run incentive programs. In addition, they consult with CEOs and boards of directors when it comes to setting compensation for the company’s senior executives.

No matter where a company is in its business journey, a consulting firm can help with its executive compensation needs. Consulting services might be a good choice if you want to improve the benefits and pay of executives who work for your company.

What Is an Executive Compensation Plan?

An executive compensation plan, also called executive pay, is the salary, benefits, and bonuses that are given to executives and other top managers at a company for their work. For example, stock options or bonuses are examples of financial compensation, while other forms of compensation, such as health insurance, are not. Paying executives based on the achievement of predetermined objectives is a common strategy for motivating them to perform better.

Plans for the compensation of any executive can include both financial and non-financial perks, such as.

Most executive pay plans include a base salary, which is a fixed salary paid every year. Companies usually pay this amount monthly or every two months over the course of the year.

Executives can get benefits like health insurance, life insurance, and pay when they leave their jobs. Benefits may also include different kinds of paid time off (PTO), such as vacation time, holidays, sick days, or days for people who have lost a loved one.

Bonuses are extra amounts of money added to the salary in a given year. They are also called “performance-based annual incentives” or “incentives.”

ESOs, which stand for “employee stock options,” are a type of pay where an employee has the option to buy company stock at a lower price within a certain amount of time.

Stocks, which are shares of company ownership, can also be a part of executive compensation plans.

Performance shares are stocks that executives can only buy if the company does well enough to meet a certain benchmark. These can help get executives to do a good job at their jobs.

As part of their compensation plan, executives may get these special rights and privileges. Some examples are access to a private jet or membership in a club.

How to Negotiate Compensation as an Executive

#1. Determine Your Range and Necessary Extras

Before you start to negotiate executive compensation, figure out what range of base pay you can accept. It’s better to come up with a range than a single number because it gives you more options.

#2. Wait to Negotiate Your Executive Compensation

#3. Let the Organization Make You an Offer First

When you start talking about pay, let the company make you a first offer. If they ask you what you want out of a compensation package, tell them you want to know what their first offer was. You don’t want to ask about pay or benefits that are outside of their range.

#4. Focus on the Value You Bring to the Company

When you negotiate your executive compensation pay with the people who are hiring you, talk about your experience and potential instead of the numbers. Be kind to the people you talk to and tell them that you are the best person for the job.

#5. Ask for Extra Compensation Outside of Salary

What are typical executive benefits package?

How much does a CEO of a small company make?

Do executives get paid too much?

The Economic Policy Institute says that the average CEO of a big company now makes 320 times as much as their average worker.

HOW TO ADDRESS A PACKAGE: Addressing an item for prompt delivery 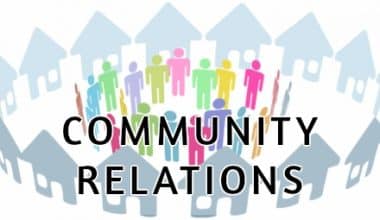 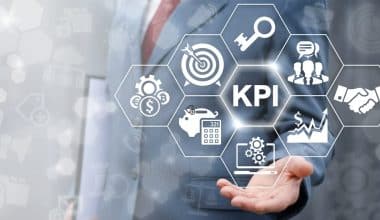 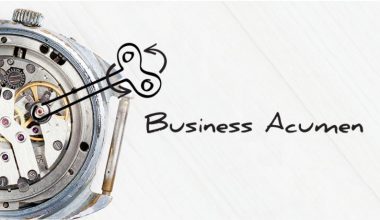 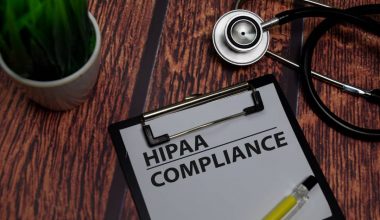