Home WHAT IS TAX EVASION? Examples and Penalties
PPersonal Finance

WHAT IS TAX EVASION? Examples and Penalties

While the terms “tax evasion” and “tax avoidance” sound similar, they are not interchangeable. One is a legal way to minimize your tax burden, while the other could get you in serious trouble with taxing officials. If you want to give the IRS less money without risking going to prison, you must first understand what the two terms entail.

What Is Tax Evasion?

Tax evasion is a criminal practice in which a person or business avoids paying a true tax burden on purpose. Those who are found guilty of tax evasion face criminal prosecution and severe penalties and possible jail time. Under the Internal Revenue Service (IRS) tax code, wilfully failing to pay taxes is a federal offense.

What is Tax Avoidance?

The employment of legal measures to reduce taxable income or tax owing is known as tax avoidance. Claiming allowable tax deductions and credits, as well as investing in tax-advantaged accounts such as IRAs and 401(k)s, are frequent strategies.

What is the Difference Between Tax Evasion and Tax Avoidance?

The distinction between tax evasion and tax avoidance is essentially defined by two factors: lying and hiding.
“Tax avoidance is the practice of organizing your affairs in such a way that you pay the least amount of tax required.” “Tax evasion is lying on your income tax form or any other form,” explains Mitch Miller, a tax attorney in Beverly Hills, California.

As an example:
Investing in a 401(k) or making a tax-deductible donation are both entirely legal ways to reduce your tax bill (tax avoidance), as long as you follow the regulations.
Tax evasion is often defined as concealing assets, income, or information in order to avoid the obligation.

Where Does the Government Find Tax Evasion?

To effectively prove tax evasion, the government must prove each of a series of important facts known as elements beyond a reasonable doubt. If the prosecution fails to prove any of these criteria, the defendant should be ruled not guilty.
So, what exactly constitutes tax evasion?

The first is an attempt to flee. If you are charged with evasion of assessment or evasion of payment, this part is slightly different.

To establish assessment evasion, the government must point to some affirmative activity made by the taxpayer in order to evade or defeat the assessment of a tax. This positive activity is necessary since simple negligence or failure to do something does not qualify as an attempt to dodge. For example, failing to file a tax return does not necessarily constitute an attempt to escape assessment, whereas filing a fake tax return does. Similarly, failing to file a tax return and engaging in deceptive behavior, such as destroying records, may be considered an attempt to escape assessment.

The major distinction in the latter examples is the use of deception. It makes no difference if the taxpayer’s primary motivation for taking affirmative action is something other than avoiding taxes. As long as the government can demonstrate that tax evasion was part of the purpose for the dishonest behavior, it can still be considered an attempt to avoid assessment.

When it comes to payment evasion, affirmative action is usually some type of hiding money or assets from the IRS. Failure to perform something, like an evasion of assessment, is insufficient. Failure to pay your assessed taxes without engaging in any other deceptive behavior does not constitute payment evasion.

Examples of misleading behavior for tax evasion include hiding assets in the bank accounts of family or friends, keeping assets off the books (using only cash, not keeping financial records, not using banks or credit cards), making false statements about assets or property owned, and falsely declaring bankruptcy to avoid tax collection.

#2. Additional Tax Is Due

The government must additionally prove that there was a tax deficiency (some tax owed but not paid) for both types of tax evasion. To do so, the government must demonstrate that the income in question was indeed taxable. Illegal sources of revenue, such as gambling, drug proceeds, and kickbacks, are taxed.
The prosecution does not need to show the exact amount by which the taxpayer was inadequate, but many states require it to be significant.

Willfulness is the final component of tax evasion. This factor is crucial in many tax offenses. Willfulness is defined as the “voluntary, purposeful violation of a known legal responsibility.” It basically means you intended to do it.

Willfulness is a subjective test, which means that if the taxpayer had a good faith belief that he was not breaching a tax law, he had a legitimate defense against tax evasion. However, this does not mean that the taxpayer should relax.
Willfulness can be inferred from intentionally deceptive behavior, such as concealing or concealing wealth. The taxpayer cannot also just ignore a clear tax liability.

Tax evasion must also be prosecuted by the government within the timeframe specified by law, known as the statute of limitations. Tax evasion has a six-year statute of limitations.
The normal rule is that the Government has (6) years to charge tax evasion from the date of the last action taken to evade the tax, or from the date that the tax return in question was due, whichever is later.

An unintentional error on your tax return does not automatically make you a tax evader; the intent is a factor. The IRS has the following penalties if you are guilty of tax evasion:

While jail time is a definite possibility for willful tax evasion, civil penalties are more common. Civil penalties, however, might potentially double the tax originally payable, he claims. Here are a few examples:

Another effect of tax evasion is increased audit risk. Only the last three years of your tax returns are typically auditable. If you exclude 25% or more of your gross income from a tax return, the statute of limitations is extended to six years.
Your tax preparer may also abandon you.
“We can just advise and counsel, saying, ‘OK, in this circumstance, you should definitely modify this.'” “This is not good,” says Greg Freyman, a certified public accountant in Jacksonville, Florida. “And if the client rejects or does not want to do it, it is our responsibility.” … Do we wish to work with this client, and is he or she ethical?”
Think you’ll get away with it? Don’t be so certain. The IRS compensates whistleblowers.

Tax evasion does not necessitate sophisticated methods or backroom deals. Here are a few examples of how it happens more frequently than you might imagine.

Paying someone who works for you in cash does not constitute tax evasion. However, a lack of communication with the IRS and payroll tax payments does. According to him, you should report the salaries you pay on Schedule H and provide the worker with a W-2 each year. Not sure if your housekeeper qualifies as an employee? IRS Publication 926 will assist you in making your decision.
“Income is income.”

People who work or own rental properties outside of the country are frequently affected by this.
‘But my property is not in the United States,’ we’ve heard a lot. ‘Why on earth should I declare any income if it’s a rental?’ That’s one that always works. They believe that because it is outside of the country, they are not required to report it.

Using virtual currencies will not allow you to circumvent any hidden loopholes. Cryptocurrencies may be new, but the IRS already has standards in place: Their transactions are subject to taxation. Furthermore, taxpayers may ignore cryptocurrency holdings that have grown in value.

#4. Failure to report income from a cash-only business or illicit activity

Some of the most typical incidents of tax evasion involve people who conduct cash companies and pocket money from the cash register without reporting the income.
Tax evasion occurs when persons fail to report earnings from unlawful activities such as drug sales or prostitution. (Yes, you must record it on your tax return.)

There are numerous legal strategies to decrease your tax bill when it comes to tax avoidance.

Having said that, taxation authorities acknowledge that mistakes do occur when filling out a tax return. In most cases, unintentional tax mistakes are deemed negligence rather than evasion. Tax omissions are typically remedied by paying a reduced penalty plus any associated interest charges.

Nonetheless, these tax evasion penalties might be severe in their own right. The IRS penalty for an accuracy-related error, for example, is 20% of the total underpaid amount.

What to Do If You Make a Tax Return Error

If you make a mistake on your return, you should amend it as quickly as possible. Form 1040-X permits you to modify your return and make any necessary changes.
If you have any issues regarding updating your return, you should contact a tax professional. They will be able to examine the facts of your financial condition and provide you with guidance. You can also contact the IRS at (800) 829-1040.

Filing taxes may be stressful. If you’re concerned about understating your tax liability and facing tax evasion accusations, you can:

What should you do if you wish to come clean?

File an amended tax return using IRS Form 1040-X, which allows you to make modifications to previous tax returns.
In general, the IRS is similar to religion. They are less likely to nail you if you are remorseful.
They do not make any concessions in specific areas.

If you’ve read thus far, you should understand the distinction between tax avoidance and tax evasion, which is commonly referred to as “the thickness of a jail wall.” Putting money aside in an IRA or 401(k) is considered tax avoidance. Not reporting the income you get from painting houses on weekends is tax evasion.

How Is Cryptocurrency Shaping the Gaming Industry? 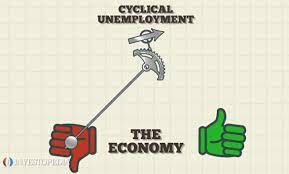