In countries all around the world ranking, potato chip are been produced, with different flavorings to meet the teste of every consumer. Potato chip flavorings include variations of barbecue, as well as sour cream and onion, sour cream and cheddar, salt and vinegar, ranch, jalapeno, and cheese. In this article, we’ll be discussing potato chip brands from the 70s, 60s, 80s, and list. enjoy!!!

Potato Chip Brands from the 70s

Despite the fact that the 1970s were a time of political unrest and economic hardship, there was disco, free love, and basement hanging. Home-cooked dinners were unusual when it came to food, and this was also an era of widely available mass-produced snacks. In the 1970s, packaged snacks became a bigger part of the American family, and there were a lot of interesting options. Here we have some of the potato chip brands from the 70s;

This was the label on a tin of Daddy Crisp Potato Chips in the mid-1970s. “When it comes to preparing authentic potato chips, there’s just one thing to start with… It’s true – real potatoes. The Daddy Crisps have made a pledge. There are no artificial ingredients or preservatives. Daddy Crisps are the freshest potato chips on the market. We guarantee it.”

In the early 1970s, Laura Scudder’s introduced this Pringles-like chip. Jamie Farr and Tom Bosley are two celebrities featured in the commercial. They were produced from potato flakes and pressed into the same form as Pringles, thus the name.

Canada is to blame. Hostess is a prominent player in the chip game north of the border. The business temporarily experimented with fruit tastes in the 1970s, which was equivalent to dropping a packet of Kool-Aid in your bag. They failed miserably, yet some people claim to be tormented by the aftertaste.

Beloved by those living in Missouri, Illinois, Arkansas, and other central states in the 1970s, Ozark chips brought sweetness and spice. And grease.

Potato Chip Brands from the 60s

Potato chip brands from the 60s. Lays were packaged in this manner before they stopped doing so. Potato chips were not flavored until the 1950s, when joe spud murphy, the owner of an Irish chip company called Tayto, developed a technology that allowed seasoning to be added during the manufacturing process.
In the early 1960s, Dan Dee created this tin. Potato chips are one of the best foods on the planet.
Cheese, onion, salt, and vinegar the company, which was started in 1913, was one of the first to use tins. Following the establishment of a potato chip company in 1950, it was a mass product for home use.

Following this, numerous potato chip manufacturers made large profits on their products. In recent years, unexpected flavors have appeared in potato crisps, or chips as they are known in the United States.

Real potato taste is essential in an excellent potato chip. The idea of using comedy and sports as a marketing tool was immediately picked up by potato chip businesses. Crisp firms are now offering everything from meat and seafood to condiment flavors, branching out from standard types like sour cream and onion or salt and vinegar.

We traveled the length and breadth of the country in quest of the greatest local potato chips. In the 1960s, they switched to bags, as illustrated later. The chips are still available, however, the tins are no longer available.

Potato chips are widely regarded as one of the most popular foods in the world. From 1968 to December 1974, the krun chee potato chip firm was in operation. New York cheddar, jalapeno, sour cream, sea salt, honey BBQ, and other flavors are among the potato chip flavors offered by kettle.

In 1982, the firm released its first batch of potato chips. When lay’s potato chips engaged advertising firm young & rubicam in 1963, the brand left an indelible impression on the country’s cultural consciousness. Check with the local history society for some old-timers.

Lay’s used a similar strategy, except they brought in the big guns. Other potato chip brands from the 60s include;

Potato Chip Brands from the 80s

Potato chip brands from the 80s. Currently, there are hundreds of brands of potato chips. Sweet potatoes add a delicious twist to the traditional potato chip, but they also boost the sugar count.

In the 1950s, norm and ed meyer produced the samboy chips. Lay’s seems to hit the right balance for potato chip lovers. Walkers also took the comedy musical approach in this 1980 advertisement. After establishing the product in the UK, Smith set up the company in Australia in 1932.

O’Grady’s is another potato chip brand from the 80s. It featured famous people and a catchy slogan and worked very well at increasing brand awareness at the outset of the company’s gradual takeover of the British crisps industry.

One of the best snacks that exist in the world is potato chips.

Hostess is a brand of potato chips that was the leading brand in Canada for many years after its creation in 1935. Other potato chip brands:

What is the most popular brand of chips?

With roughly 1.7 billion dollars in sales in 2017, Lay’s was the biggest potato chip brand in the United States, accounting for around 29.6% of the potato chip market. Potato chips are one of the retail snacking department’s subcategories. Potatoes are used to make them.

What's the most popular chips in the world?

What year was the first potato chip?

WATER HEATER BRANDS: The Most Popular Brands and Reviews in 2023 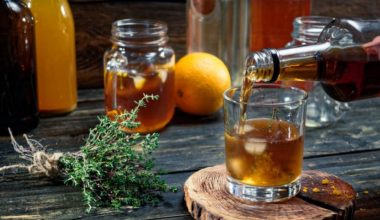